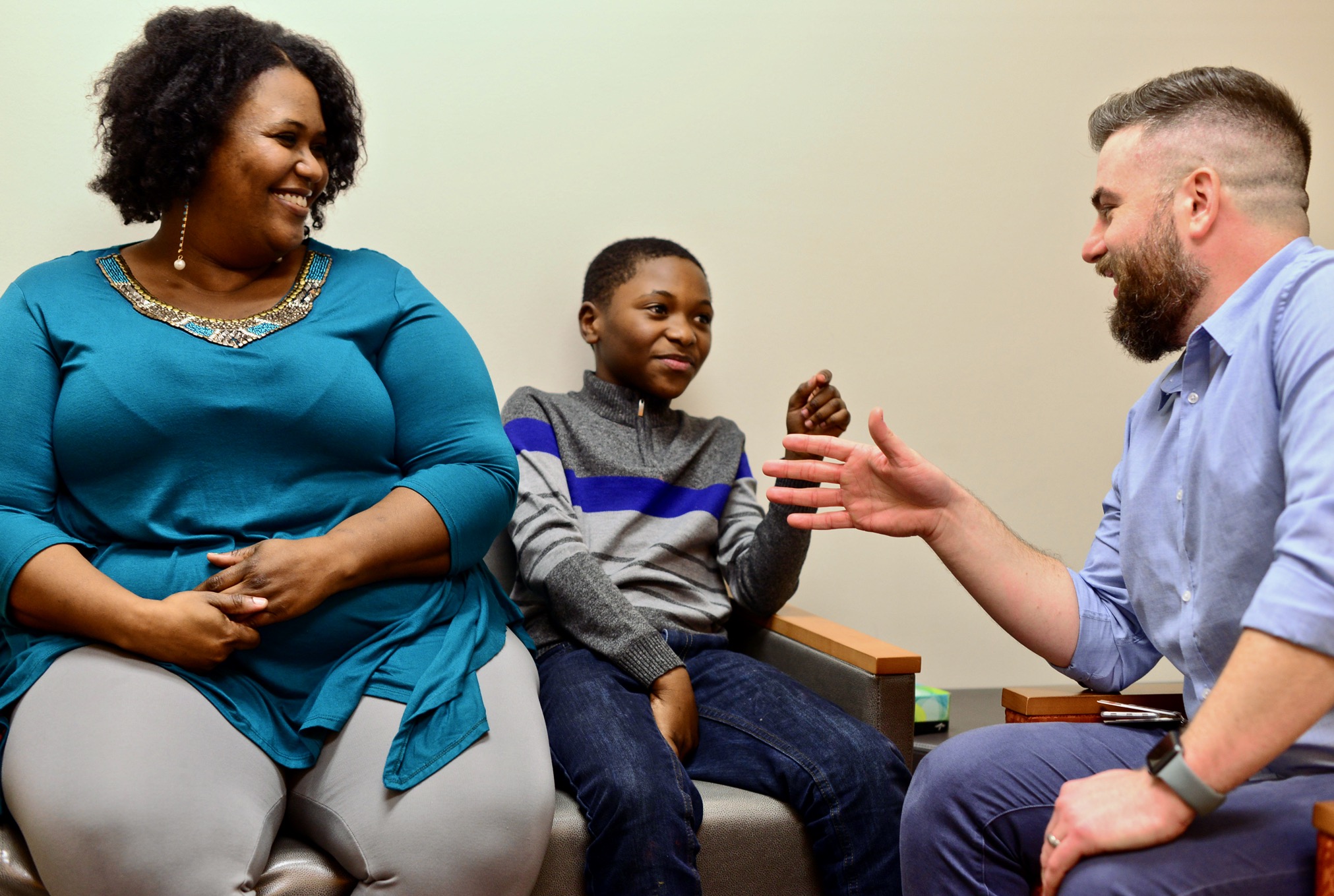 Derell Sultan started showing signs of depression when he was 7.

He was getting bullied, feeling excluded and coming home from school sad and upset.

“One time in second grade I was fidgeting, and my teacher asked me if I took my pills in front of the whole class,” Derell said. “I really wanted to run out.”

At school, he was repeatedly disciplined for fidgeting and talking out of turn. For a time, his mother, Etta Whitley, was called into school nearly every day because of Derell’s behavior. She wanted to be there, she said, to help him stay on task so he could learn.

When his academic work started to drop, Whitley began to look for help at a medical clinic. She recognized her son’s symptoms as attention deficit hyperactivity disorder, or ADHD, because she had herself received the diagnosis as a child. What helped her, she said, was talking about it with a therapist.

Derell and his mom recently traveled to Washington, D.C., to speak up for mental and behavioral health for kids at the Children’s Hospital Association Family Advocacy Day.

They talked  with their congressional representatives about Derell’s experiences with ADHD and about keeping Medicaid strong for kids, supporting school-based mental health services and investing in the pediatric mental and behavioral workforce, Whitley said.

ADHD is one of the most common mental disorders affecting children, and it also affects many adults, according to the American Psychiatric Association. Symptoms include not being able to keep focus, impulsivity and hyperactivity.

The association estimates that 8.4 percent of children and 2.5 percent of adults have ADHD, which is often first identified in school-aged children when it leads to disruption in the classroom or problems with schoolwork.

After failing to get help from Derell’s school as well as from the first clinic and psychologist they visited, Whitley said she started to get discouraged. Then one day, she noticed Children’s Hospital of Wisconsin had opened a clinic in Midtown Center, near her home.

Whitley walked in and was surprised to get an appointment with a pediatrician within the week. A diagnosis soon followed, and she and Derell were referred to Dr. Nicholas Young, a pediatric psychologist.

Derell and Young hit it off immediately, Whitley said. “It didn’t really feel like a doctor’s appointment for him.” Derell opened up to Young.

The boy told his doctor about how the kids on the school bus ganged up on him and wouldn’t let him sit down and how a girl made fun of him in front of the entire school.

Young taught Derell strategies for controlling his responses and helping him focus.

One strategy: “Keep my attention in one spot. Just stay there in one little tiny spot. If it moves around to another place — wanderland — just take it and say ‘no no no no. Stay right where you’re at,’” Derell said in his best SpongeBob accent.

Another strategy: When there’s nothing going on in class, “and there’s just madness, pull a book out of your desk and secretly read, ” said Derell.

Talking with Young made Derell more comfortable advocating for himself and telling someone what was going on with him, Whitley said, instead of letting his frustration build to a breaking point.

Under Young’s care, Derell’s behavior transformed rapidly. By the end of second grade, his grades had improved, and he was getting along with other kids. Now 9, Derell has recently finished third grade and is thriving.

Integrating behavioral health and primary care at one location, as it has at Midtown Clinic, is a priority for Children’s Hospital, said Lindsay Punzenberger, director of federal government relations. “But we also know we need to get to the kids where they spend most of their day, which is in the schools.”

(The clinic is managed by nurse practitioners.)

(The clinic is managed by nurse practitioners.)