You are here: Home / Posts from Community / The vocal prowess of Bettye LaVette to headline Black Arts Fest mke
Share this...

Black Arts Fest mke is proud to announce that a woman who is referred to as more than a singer, but as an interpreter of the highest order, will grace the Johnson Controls World Music Stage. Bettye LaVette, can transform any song, whether it originated from rock, country pop or blues and, when she gets through with it, it is pure R&B. The festival will be held on Saturday, August 3 from noon to midnight at Henry Maier Festival Park (Summerfest Grounds).

Black heritage and culture are celebrated throughout the day and evening; one aspect being music. Earlier in the year, the festival announced SWV (Sisters with Voices), a trio with epic voices, would entertain audiences as they perform their string of hits. The band will take the Miller Lite Oasis stage at 10:15pm.

The Johnson Controls World Music Sound Stage welcomes LaVette to the stage at 9:30pm. A unique pick for the festival, her talent is undeniable, and any true blues enthusiast will more than appreciate her unbelievable level of talent. Among an elite group of artists who performed, in a duet, for president-elect Barack Obama on the steps of the Lincoln Memorial; recipient of the Blues Music Awards for Best Contemporary Female Blues Singer and Best Soul Female Blues Artist; and other awards and three Grammy nominations.

Advance Adult (ages 12 – 59) tickets can be purchased for just $9, a 30 percent savings off the gate price ($12). Tickets for Youth (ages 8 – 11) and Senior (60 and older) are also available for $8. Children (0 – 7 years of age) and Military and Veterans with a photo ID and proof of service will be admitted free at the gate. Tickets are only available for purchase online and are on sale now through August 3 at BlackArtsFestmke.com. 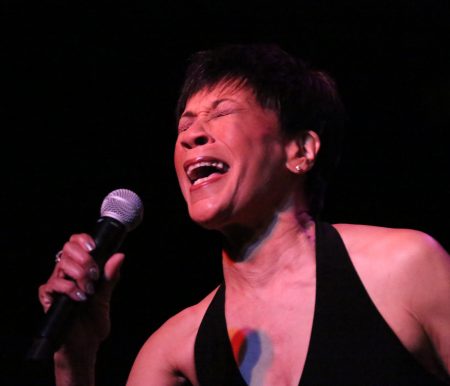