You are here: Home / Home / Carousel / More security on buses? Here are some things you should know
Share this... 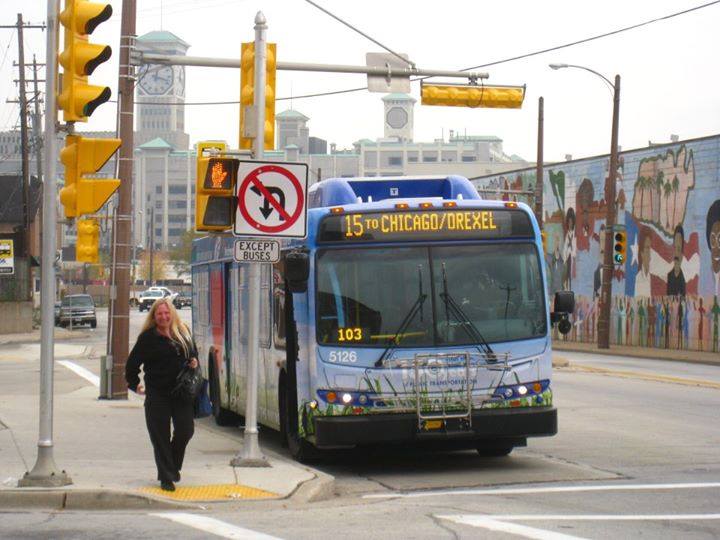 The Milwaukee County Transportation, Public Works and Transit Committee is weighing the possibility of replacing current transit security with a Transit Security Division operated by the sheriff’s office. (Photo provided by MCTS)

After a bus operator was stabbed by a disgruntled passenger in May, debate about safety on Milwaukee County Transit System buses has grown increasingly intense.

County supervisors and MCTS employees are exploring new ways to prevent assaults as well as better ways to handle them.

And the sheriff’s office has released a study on the potential costs of creating a new division.

Here are some things you need to know:

Several MCTS employees appeared at the committee hearing to provide their insights and experiences. The drivers recounted stories of being punched, threatened with violence, hit with bottles or trash and being verbally harassed.

“I didn’t want to come back to work (after a safety incident), but I need to work. This happens to us all the time,” Sherry Jones, an MCTS operator, said.

Some testified that when they called to report the incidents, transit security officers arrived late or not all. Others said drivers were not asked to fill out incident reports after violent incidents.

“We have no idea how many of the incidents go unreported by drivers because of lack or time or because they fear nothing is going to happen with it anyway,” driver Tom Stawicki said.

The sheriff’s report said that in 2018, bus drivers made just over 6,000 dispatch calls related to security incidents. Transit security officers wrote about 3,500 incident reports, and police officers were called to respond to almost 300 of those incidents.

Opinions on the proposal

Many of the MCTS employees who spoke at the hearing explicitly expressed their support of a Transit Security Division.

Milwaukee County Supervisor Dan Sebring, a member of the Transportation, Public Works and Transit Committee, introduced the resolution to study the possibility of creating a Transit Security Division in February.

“There’s no sense in going forward simply taking over security duties,” he said. “What we need on the buses is law enforcement.”

Dan Boehm, managing director of the Milwaukee County Transit System, said a decision on creating a Transit Security Division should ultimately be left to the county board.

Supervisor Marina Dimitrijevic said the testimony of the drivers scared her, but she feels the solution is not law enforcement.

“The amount of money that we spend in this city, in this county on the over-militarization of our community is unacceptable… What we need to be investing in is promoting peace,” she said.

How much would it cost?

Deputy Inspector Dan Hughes said at the meeting that he would expect costs for a new unit to be even higher than the report predicted.

After discussion at the committee meeting, Sebring said the predicted costs were much lower than he expected.

Hughes emphasized during the meeting that a Transit Security Division could not appear overnight. The positions that would need to be filled “do not exist.” The process to hire and train new deputies takes a year.

The next Transportation, Public Works and Transit Committee meeting will be Sept. 4.

Got questions? We can find the answers. E-mail info@milwaukeenns.org and put “transit questions” in the subject line.