You are here: Home / Posts from Community / Roger and Judy Smith family pledge $1 million to Discovery World
Share this...

Discovery World announced today that community benefactors Roger and Judy Smith have made a gift of $1 million to improve Discovery World’s overall visitor experience and expand the visibility of Wisconsin’s largest science and technology center.

Roger Smith, a lifelong Milwaukee resident who was introduced to the world of science and engineering alongside his father in the A.O. Smith factory, has served on the Discovery World Board of Directors for more than decade.

“Discovery World is really an important asset to the community because of what they’re teaching young kids and adults,” said Smith, retired Director of Community Affairs for A.O. Smith Foundation. “I love it and it is my number one non-profit. It’s a real honor for me to give a large gift in order to make this Pilot House and all of Discovery World a better place.”

To be formally announced at the Discovery World 2019 Ignite the Spark Gala on July 27, the Pilot House will be renamed the Roger and Judy Smith Family Pilot House.

The venue will be fitted with a brand new LED lighting system that will increase the visibility of the science center situated on Milwaukee’s lakefront. The Smiths hope that their gift will help Discovery World shine even brighter and reach new audiences.

“It’s going to be a bright new beacon in our city,” said Judy. “I really hope it makes people think ‘wow, what a beautiful city, what a beautiful skyline we have’. And I hope that it draws even more new people to the lakefront and the museum.”

Discovery World has served as a backdrop for many important Smith family celebrations over the years. Some of their favorite memories include touring the original museum with Roger’s father, hosting their daughter’s wedding on the lakefront and meeting new friends during the community festivals held on the amphitheater.

“Discovery World has been a gathering place for our family,” said Judy. “We come every Wednesday night in the summer for Live at the Lakefront and have made many friends there. Our daughter Katie and her husband Mickey got married in the amphitheater and had the reception in the Pilot House. It’s such a fun place to bring anybody, not just kids, because there’s so just so much to see.” 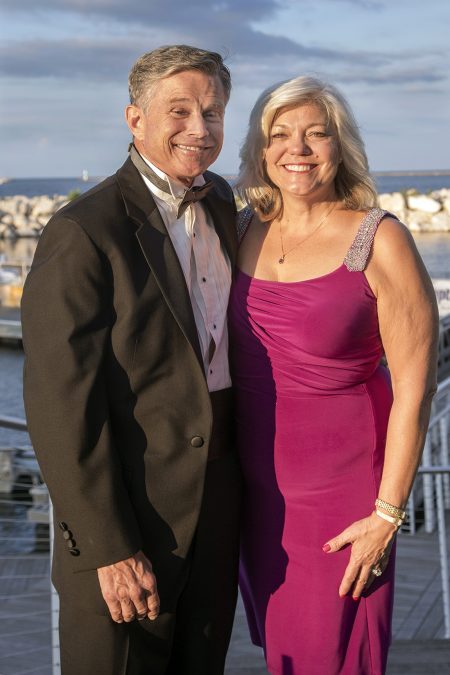 Located on the shores of Lake Michigan, Discovery World is Milwaukee’s premier science and technology center that’s fun for the whole family. The 130,000-square foot facility is home to interactive exhibits, fresh and saltwater tanks in the Reiman Aquarium, live theater shows, and a multitude of educational programs. Discovery World is also home to Wisconsin’s Flagship the S/V Denis Sullivan. To find out more call (414) 765-9966 or visit www.discoveryworld.org.