You are here: Home / Posts from Community / Campaign aimed at ending the sale of single cigarettes to launch in Milwaukee
Share this...

On Wednesday, July 24, the Wisconsin African American Tobacco Prevention Network’s (WAATPN) Single Cigarette Subcommittee will launch “No Singles/No Loosies,” a campaign aimed at increasing awareness about the problems associated with the illegal sale of single cigarettes (cigarettes out of the pack) in Milwaukee. Joining the celebration will be Milwaukee Health Commissioner Jeanette Kowalik, who will deliver remarks during the press conference.

The No Singles/No Loosies subcommittee is chaired by the American Cancer Society and Hayat Pharmacy, and includes community members and retailers from across the city. Together, they’re hoping to end the sale of single cigarettes in Milwaukee. The sale of single cigarettes are a contributor to the state’s high smoking rate for African-Americans, which is nearly double that of the general population, and also increases the chances that young people can afford and illegally purchase cigarettes.

The culmination of these efforts were several signs and a window cling, which retailers helped to develop. The signs make it clear that the sale of single cigarettes is illegal and that customers can’t purchase them. The group hopes that the signs will be displayed by every tobacco retailer in Milwaukee.

The WAATPN is working to eliminate tobacco related health disparities and address unequal marketing practices of corporate tobacco companies in the central city. Several elected officials will be in attendance during the event, which will be followed by tobacco retailer tours.

Walking Tour of Tobacco Retailers 11:00- 11:30
Will follow Press Conference and be conducted at nearby Galst Foods and Superior Foods. 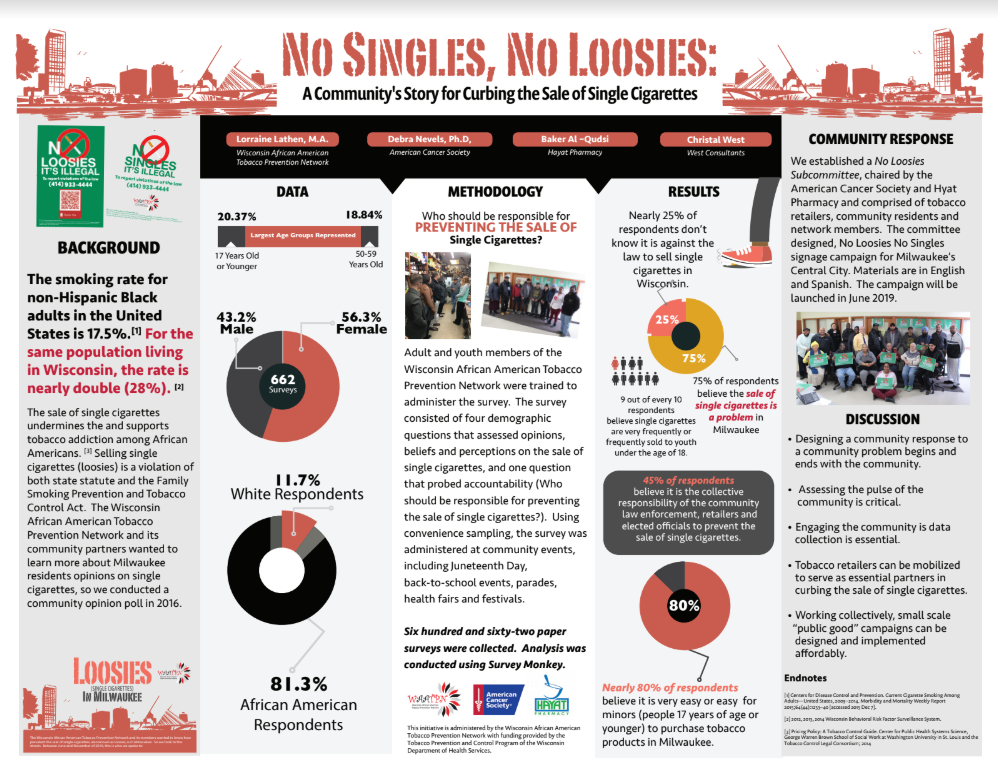