You are here: Home / Posts from Community / Deadline to nominate community heroes for “Positively Milwaukee Awards” is July 31
Share this...

Time is running out to nominate someone who inspires you for a Positively Milwaukee Award. TODAY’S TMJ4 is accepting nominations for the annual awards show through July 31, 2019.  Winners in each category will win $1000 for their charity of choice and will be eligible for an additional $4000 from TODAY’S TMJ4 and the Scripps Howard Foundation.  All winners will be featured in a televised special this fall.  You can nominate people at tmj4.com/awards in one or more of the following categories:

Carole Meekins, the host of the special, says these awards highlight what’s right in the world.  “We’re inundated with negative information these days.  To be able to shine a light on local people who do such good… well, that’s truly an honor and a privilege,” Meekins said. 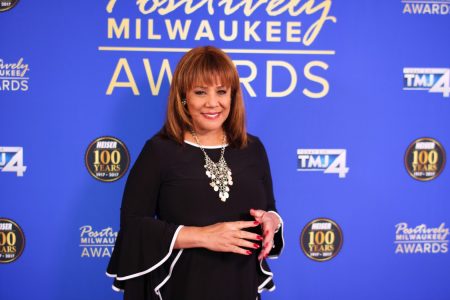 Carole Meekins will host the special. (Photo provided by TMJ 4)

The E.W. Scripps Company (NYSE: SSP) serves audiences and businesses through a growing portfolio of television, radio and digital media brands. Scripps is one of the nation’s largest independent TV station owners, with 33 television stations in 24 markets and a reach of nearly one in five U.S. households. It also owns 34 radio stations in eight markets. Scripps also runs an expanding collection of local and national digital journalism and information businesses, including multi-platform satire and humor brand Cracked, podcast industry leader Midroll Media and over-the-top video news service Newsy. Scripps also produces television shows including  “Pickler & Ben,” “THE LIST” and “The Now,” runs an award-winning investigative reporting newsroom in Washington, D.C., and serves as the long-time steward of the nation’s largest, most successful and longest-running educational program, the Scripps National Spelling Bee. Founded in 1878, Scripps has held for decades to the motto, “Give light and the people will find their own way.”