You are here: Home / Home / Carousel / NNS Video: ‘Slow it down’: North Side residents embrace new safe-driving campaign
Share this... 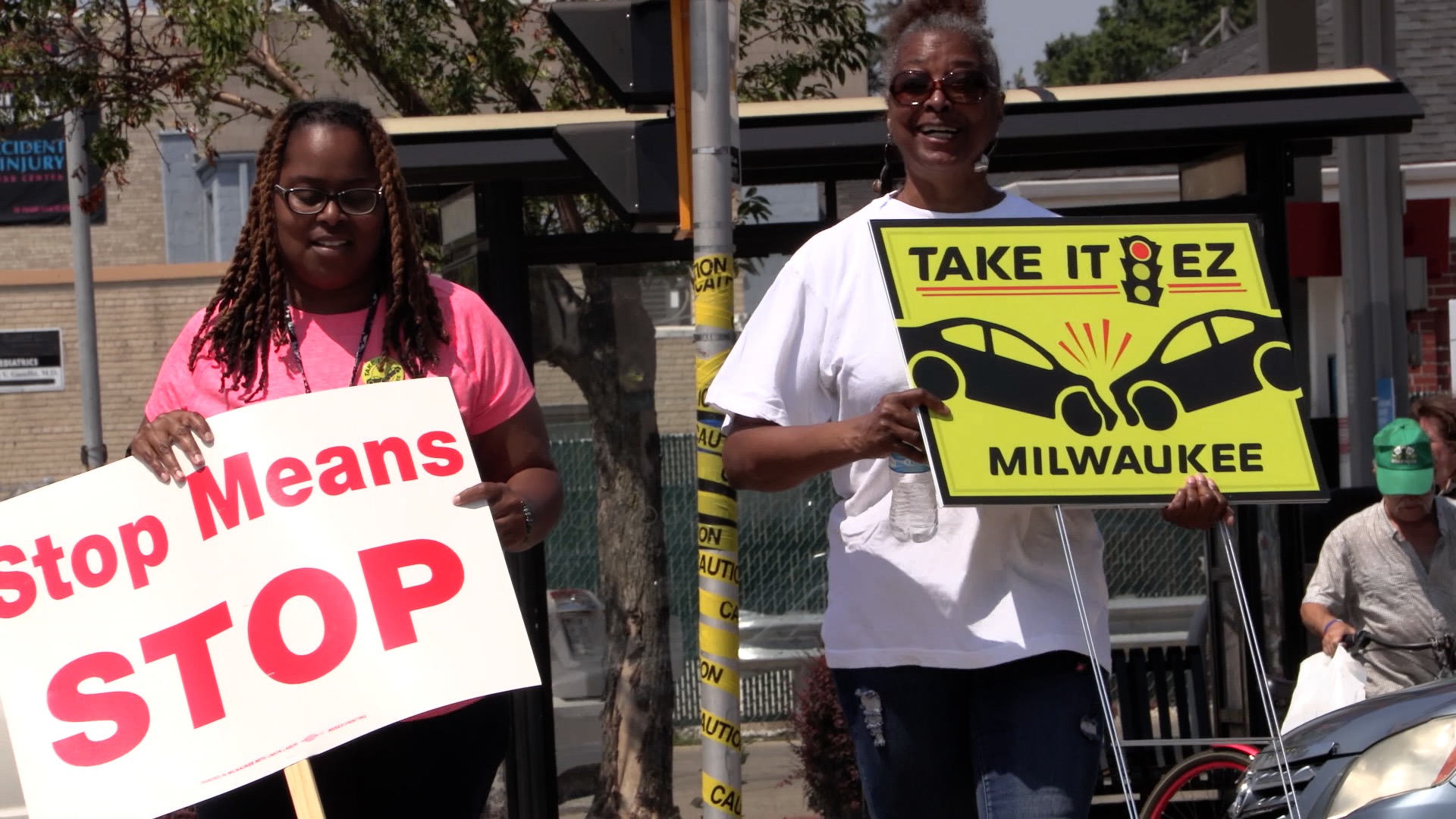 North Side residents turn out on a busy corner to support a new traffic safety initiative. 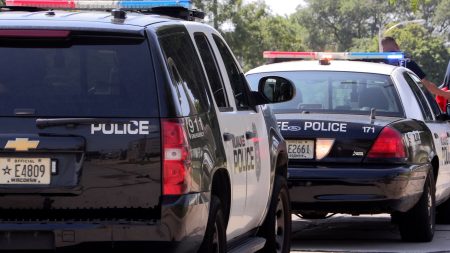 Stepped-up traffic patrols at a busy intersection marked day one of the Take It EZ Milwaukee campaign against reckless driving. (Photo by Mark Doremus)

Slow down. And Take It EZ Milwaukee.

That’s the theme of the city’s new safe-driving campaign, which is designed to reduce reckless driving by increasing law enforcement at four especially dangerous intersections. It also includes a public relations campaign to encourage people to drive more responsibly.

The project launched last month at the corner of North 60th Street and West Capitol Drive, a hot spot for traffic accidents, including one that took the life of an off-duty Milwaukee police officer on June 18.

Members of the Grasslyn Manor Block Watch have been campaigning for years against reckless drivers. They welcomed the new backup from police and public officials.

“These are folks that have to live with this on a daily basis,” said block watch organizer Steve O’Connell. “And they really want the city to do something to help us out.”

Take It EZ Milwaukee is a pilot project organized by Ald. Bob Donovan. Private partners have kicked in $15,000 for police overtime to increase patrols at busy intersections. Billboards and bus advertising will extend the safe-driving campaign citywide, Donovan said.

The intersections targeted for extra police attention are:

Take It EZ Milwaukee ends in October. If it’s successful, Donovan said he hopes for additional funding to extend the campaign.