You are here: Home / Home / Carousel / Could Wisconsin be the next ‘sanctuary state’ for undocumented immigrants?
Share this... 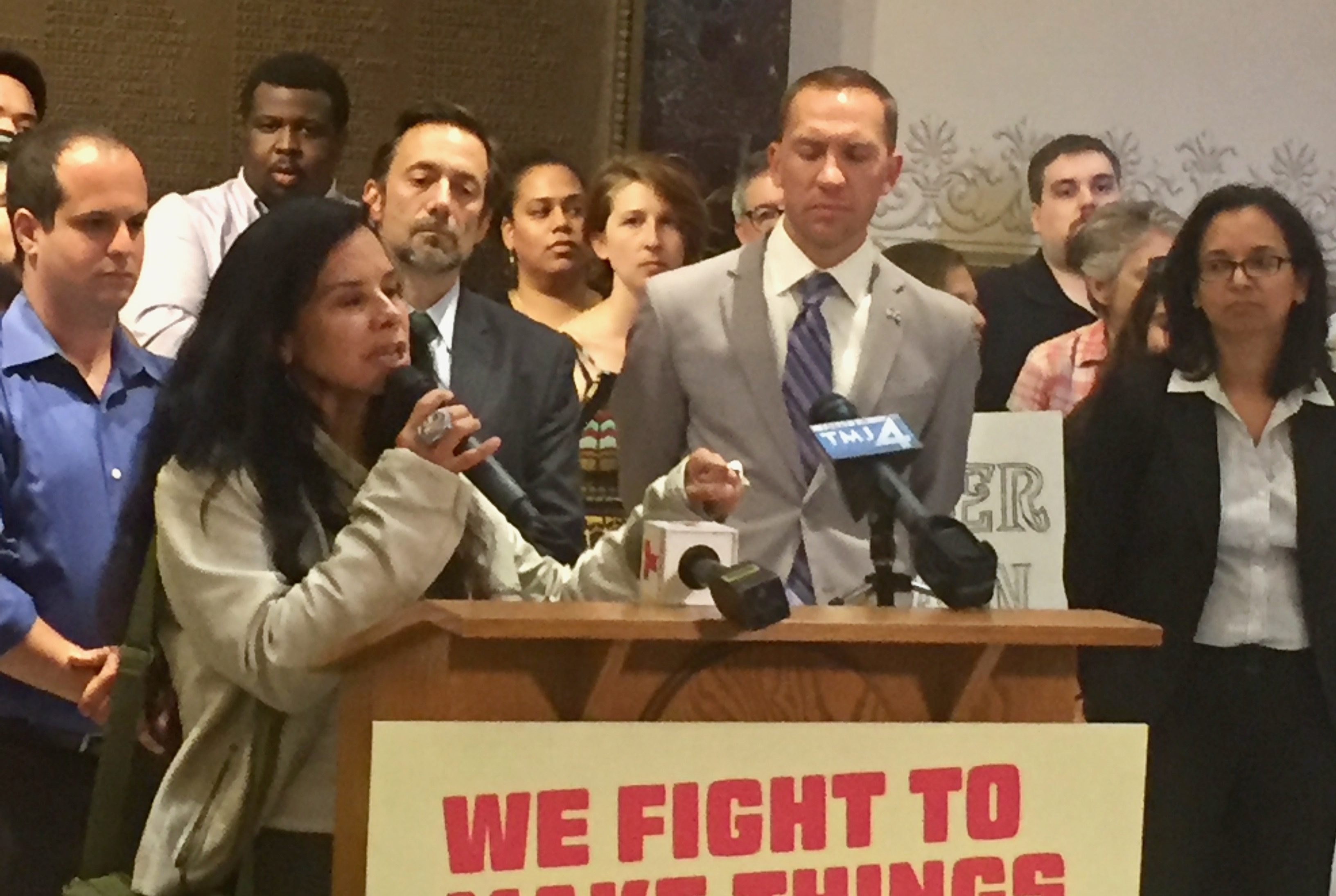 Editor’s note: This story has been updated to correct the location of the 19th Assembly District.

Two bills authored by State Rep. Marisabel Cabrera would ban using Wisconsin facilities to detain immigrants and would effectively make Wisconsin a “sanctuary state” for those who are undocumented.

Cabrera is seeking co-sponsors until Aug.14, after which she plans to introduce the bills, LRB-3233/3 and LRB-3246/3, in the Assembly. Assembly Speaker Robin Vos will then decide whether to refer the bill to a committee for further study, bring it before the Assembly for a vote or take no action, she said.

“If the local community is fearful and distrusting of local law enforcement that impacts their ability to investigate and apprehend suspects of crimes,” Cabrera said. The lack of trust affects crime reporting and witness cooperation and perpetrators remain free to commit more crimes, she said.

Cabrera, an immigration attorney, was elected in 2018 to the 9th Assembly District on Milwaukee’s South Side. Police chiefs in other states, including Texas, have supported such bills because they clarify the roles their departments play, she said. 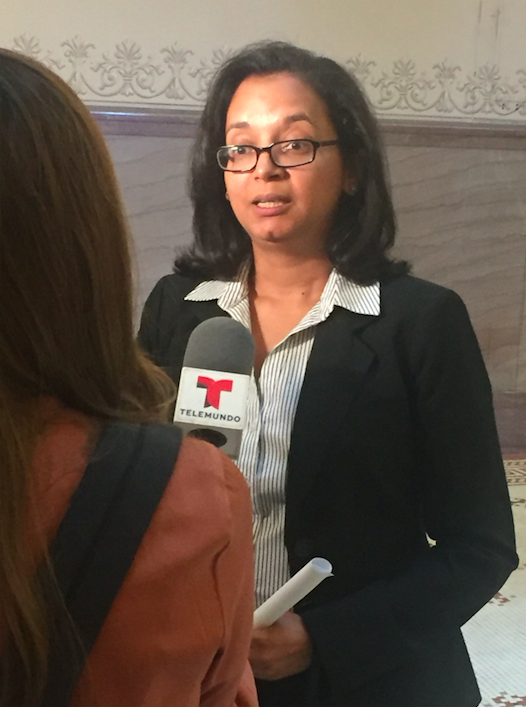 Cabrera said there are two detention facilities in the state, in Kenosha and Dodge counties, that are holding space for undocumented immigrants. She said the goal is to ensure those contracts are not expanded and also prohibit the construction of new, private detention facilities.

State Rep. Jonathan Brostoff, who represents the 19th Assembly District, which includes the eastern part of the city between its northern border and Oklahoma Avenue, and State Sen. Chris Larson, who represents the 7th Senate District, the East Side of Milwaukee. St. Francis and Oak Creek, co-authored the sanctuary bill. The same legislators and State Rep. Chris Taylor, representing Madison, co-authored the detention bill. They are all Democrats.

“With these two bills, it is our intention to not only send a message to both the undocumented population and the federal government that Wisconsin is accepting and welcoming to our undocumented neighbors, but to also draw a clear line in the sand when it comes to standing up for human rights, dignity, and justice,” said Larson at a rally last week at Milwaukee City Hall.

Vos’ communication director, Kit Beyer, wrote in an email to NNS that the speaker and “many of his colleagues do not support making Wisconsin a sanctuary state.”

According to World Population Review, a sanctuary state refers to one that “limits its cooperation with federal immigration enforcement agents as much as possible to protect illegal immigrants that have come to this country to make a living.

“While some illegal immigrants are protected, those that commit serious crimes are turned over to authorities.”

Four local organizations stood with the legislators at City Hall in support of the bills.

Angela Lang, executive director of Black Leaders Organizing for Communities, said her organization supports and understands the importance of the bills, in part, because the black community, too, has been subject to family separation caused by mass incarceration.

What is happening at the border is not only affecting recent immigrants but also people who have lived in this country for 20 to 30 years, said Christine Neumann-Ortiz, executive director of the immigrants’ and workers’ rights organization Voces De La Frontera. She noted that if LRB 3246/3 is passed, Wisconsin will become the 12th sanctuary state, along with Washington D.C.

“These two bills come at a critical time when we need to show our communities that we are supporting them, that Wisconsin is not a state that wants privately run detention camps, and that Wisconsin rejects unconstitutional advances and attempts to subordinate our local law enforcement to make them a wing of federal immigration policies,” said Emilio De Torre, ACLU of Wisconsin director of community engagement.

Leticia Alavez of Leaders Igniting Transformation, a youth leadership organization advocating for the rights of black and brown people, said she hopes the bills will ease fears in the immigrant community.

Some undocumented immigrants in Wisconsin have lived in fear of family separation and deportation since Donald Trump was elected president partly on an anti-immigrant platform in November 2016.

Their advocates say their fears heightened in May when Trump announced that the Immigration and Customs Enforcement agency would carry out raids in 10 cities across the U.S. with the intent to round up more than 2,000 undocumented immigrants who had final deportation orders. Trump later announced he would delay the raids until mid-July.

Although Milwaukee was not one of the announced cities targeted by ICE, the fear persists, some in the community say.

This year alone, ICE has detained more than 600,000 migrants at the border, according to U.S. Customs and Border Protection statistics.

Other stories to read on this subject:

A company tried to open an immigrant detention center in Wisconsin. A community that voted for Trump said no — again.

Andrea is a senior staff writer for NNS, where she writes about people who do great things as well as education, policy issues and economic development that affect our neighborhoods. You can reach her through email or call the newsroom at (414) 604-6397.

How to reach us: Email is highly effective. We can be reached at info@milwaukeenns.org. Our newsroom phone number is (414) 604-6397.