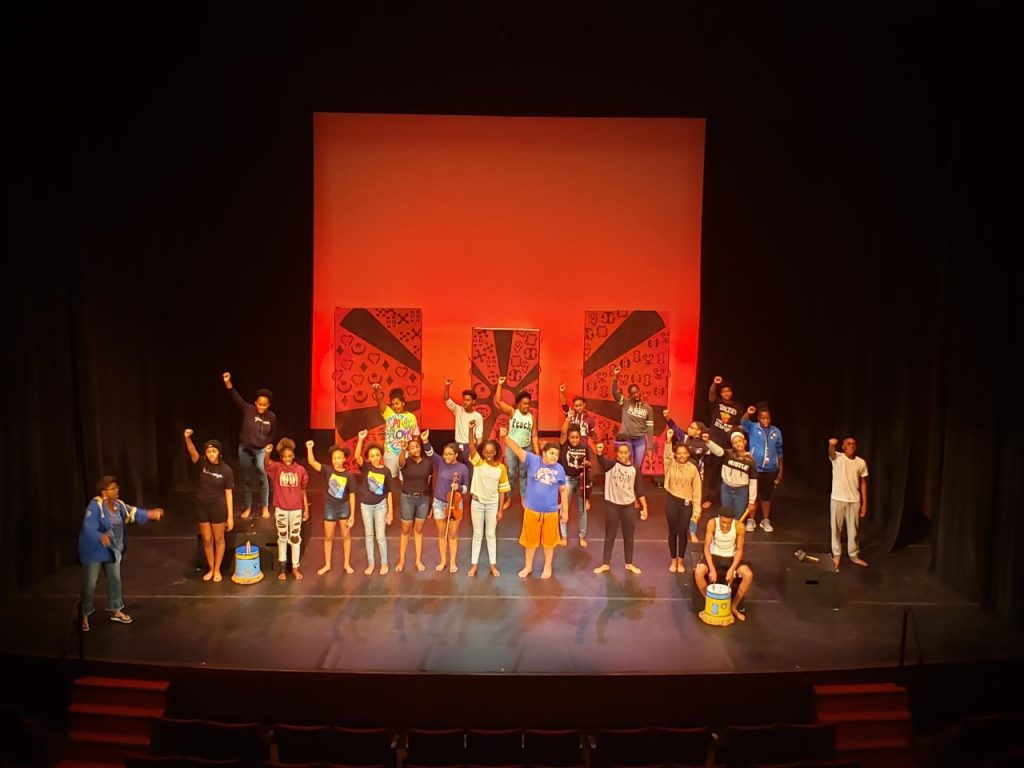 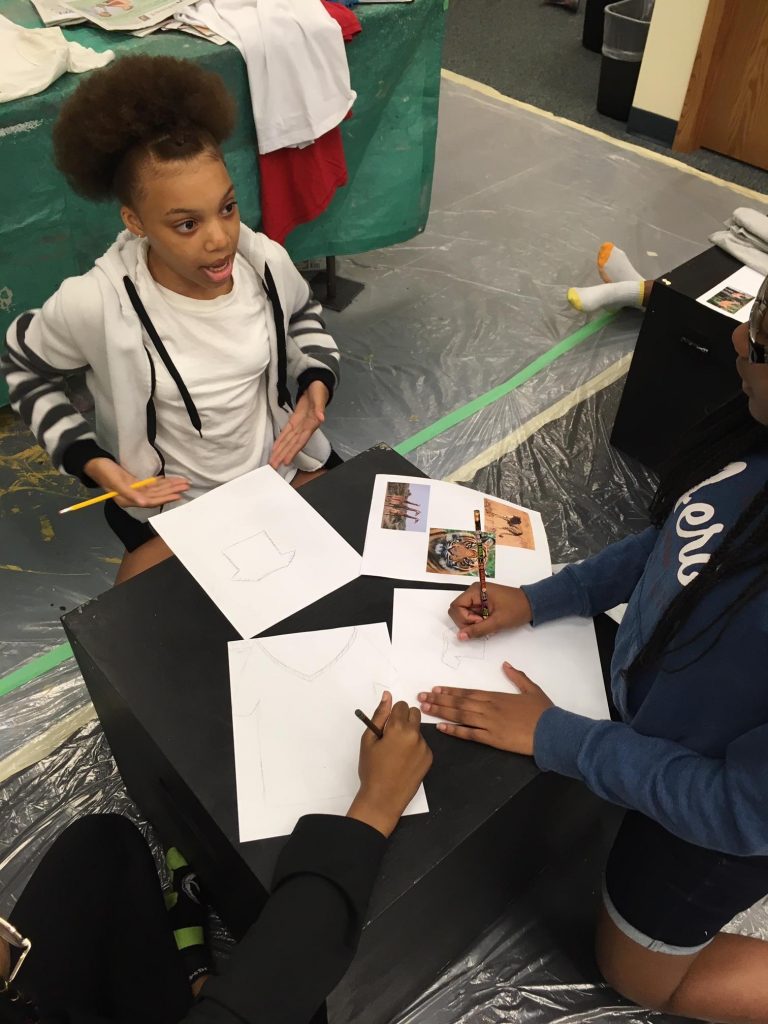 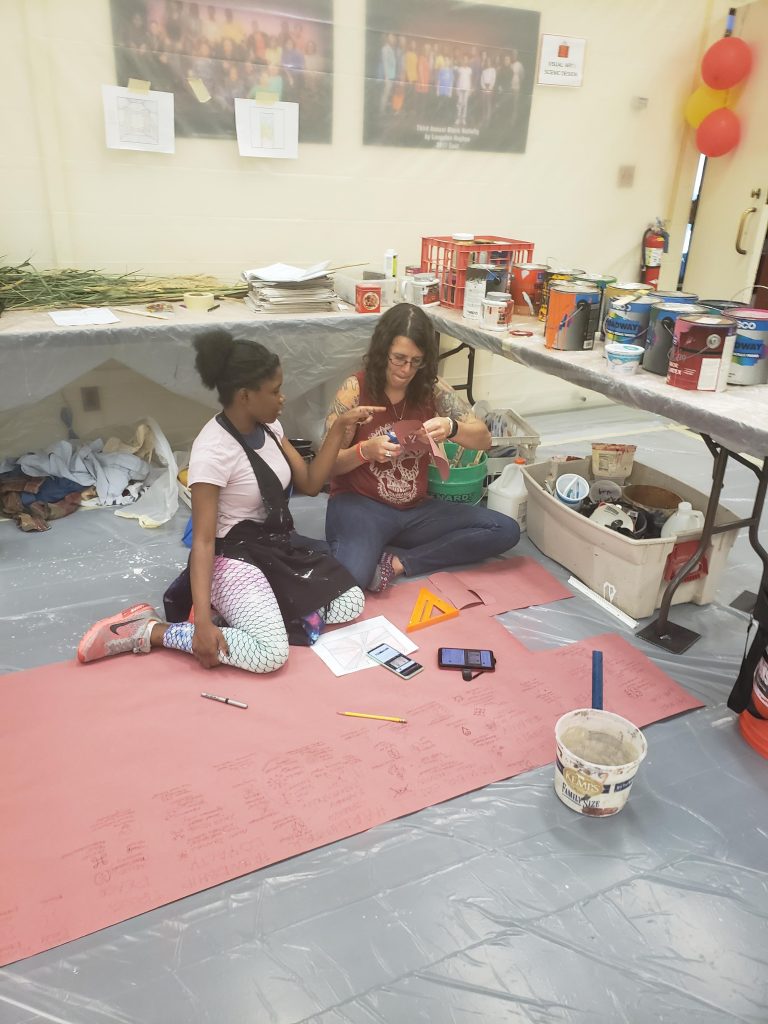 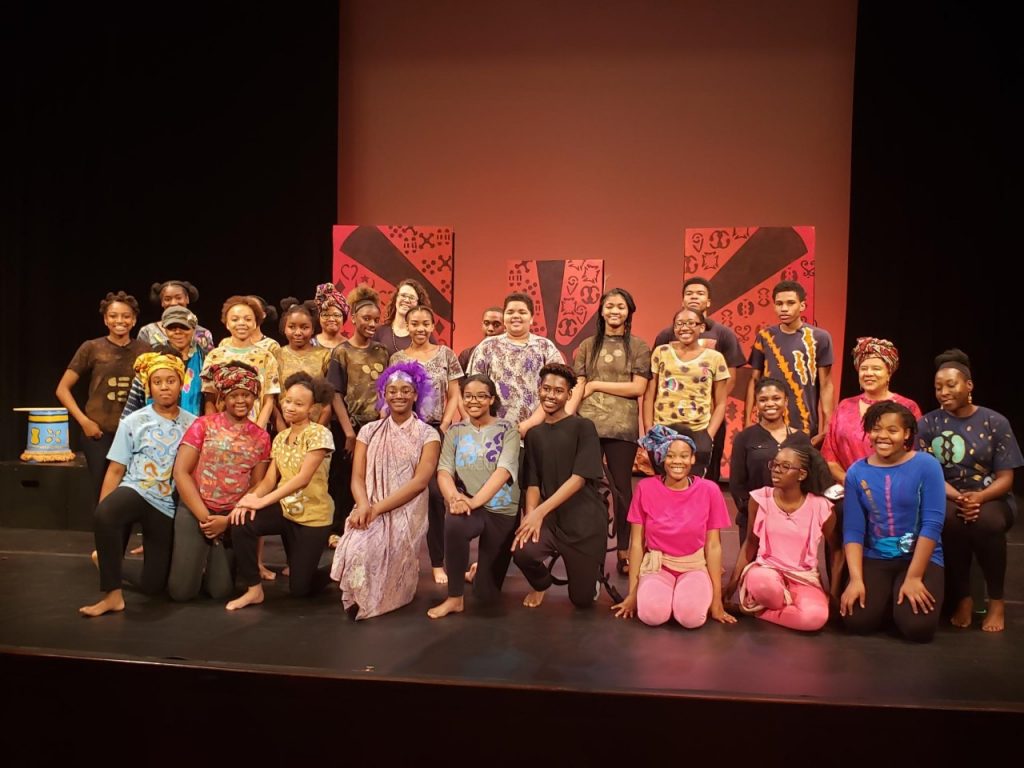 Black Arts MKE, a non-profit dedicated to increasing the availability and quality of African American arts, wrapped up its inaugural Youth Performing Arts Summer Camp at the beginning of August. The 27 campers came together from different schools in Milwaukee, representing Pius High School, Roosevelt Middle School for the Arts, Central City Cyber School, Washington High School, and many more. 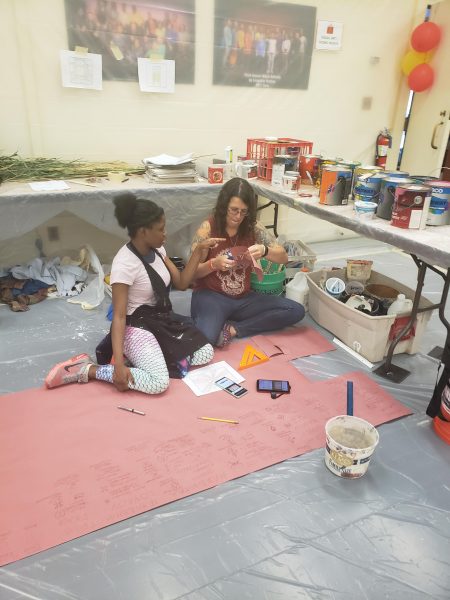 Campers chose a West African Anansi story to adapt into a 45 minute musical, wrote the script, and participated in theater activities, music, and dance auditions. Following auditions, the campers began to rehearse the play and songs, design the costumes, and even helped build the set!

Campers expressed new found confidence because of summer camp activities. Danielle, a ninth-grade student from Washington High School, described how her “math skills have gotten better” through helping design the set. She went on to detail “I learned how to transfer (scale) regular paper drawings to large scale set size drawings and that requires math.” Who knew math could be fun?

Other campers came with little to no experience on stage and described the impact participating in the theater summer camp had on them. Adria, a student at Milwaukee College Prep, cites the summer camp experience as helping her become more confident on and off stage. She stated Youth Performing Arts Summer camp “helped me to step out of my shell through all the movement and practice. I [was] pushed to try new things!” 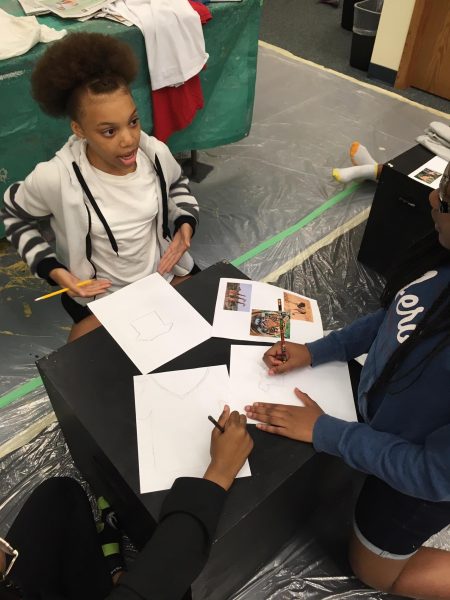 Nyla, a student from Roosevelt Middle School of the Arts, became so inspired to by designing costumes for the production that she asked for a sewing machine for her birthday. She will continue to practice her stitching skills after the summer camp ends thanks in part to Teaching Artist, Ms. Beverly.

The camp experience culminated with six live performances of “Ananse Ntontan: The Spider’s Web” at the Wilson Theater at Vogel Hall in The Marcus Performing Arts Center. The production followed the mischievous Anansi the Spider as he steals food from different animals in the African savanna. The production included music and dance particular to different African countries, including Sierra Leone and Ghana. The set incorporated Andinkra symbols, used to symbolize different words of wisdom from Ghana.

The live performances of the campers’ production “Ananse Ntontan: The Spider’s Web” were attended by almost 200 people from the Milwaukee community and even included a special performance at Black Arts Fest! Black Arts MKE is already looking forward to Youth Performing Arts Summer Camp 2020 from July 6 – 31 next year – mark your calendars! 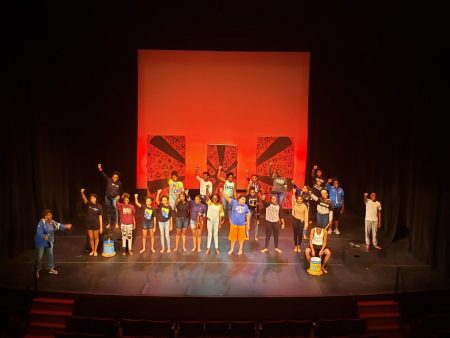