Three years ago this week, unrest in Sherman Park put the neighborhood-and our city-in the national spotlight. But what’s happened to the community since then? That’s the question we seek to answer this week – and our focus for the remainder of the year. 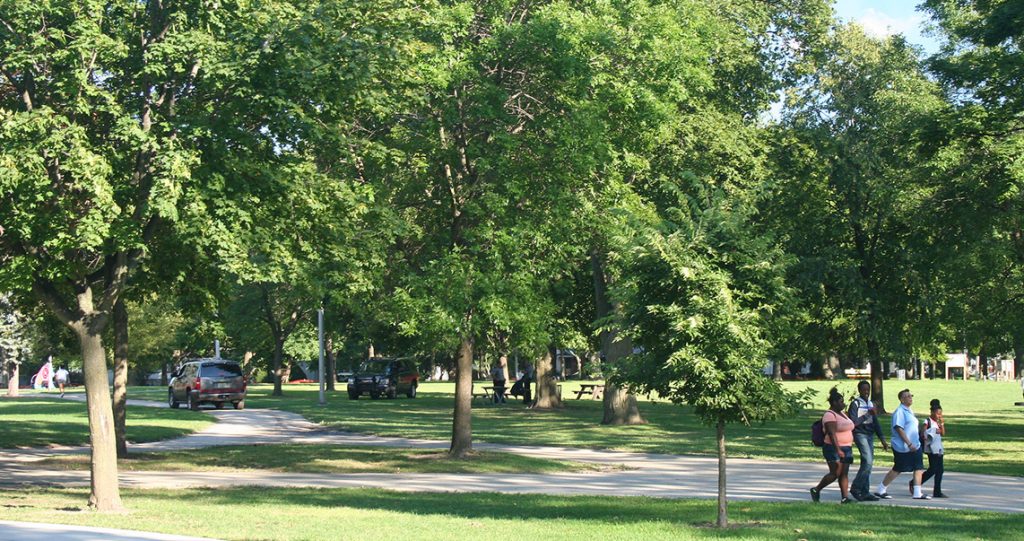 On the evening of June 29, 2016, several dozen youths threw rocks and bottles, damaging property near Sherman Park, including the window of a gas station, a county transit bus and a fence.  City and county leaders publicly disagreed about how to best maintain safety and order in county parks between the police and sheriff’s departments.

Neighbors and community leaders began monitoring Sherman Park independently of law enforcement, helping to break up fights and planning activities for the groups of kids hanging out in the park, such as kickball games and pizza parties.

On July 20, 2016, the operator of the vandalized gas station allegedly fired a gun into the air to scare off a group of youths that had entered and disrupted the store.

Milwaukee police officers pulled over a car with two men in it near Sherman Park, near the intersection of North 44th Street and West Auer Avenue. According to police, Sylville Smith and the other man ran from the vehicle. Officer Dominique Heaggan-Brown chased Smith, who was allegedly armed. After Smith failed to follow orders, Heaggan-Brown fatally shot him twice, in the chest and arm.

Community members arrived at the scene of the shooting and began to protest Smith’s death. Police lined the street in helmets and face shields.

Protestors clashed with lines of officers in riot gear. Around 10:15 p.m., the BP gas station at North Sherman Boulevard and West Burleigh Street was set on fire and gunshots were fired.

Fires were set at three other businesses throughout the night—the BMO Harris Bank branch, Jet Beauty and O’Reilly Auto Parts stores—near North 35th and West Burleigh streets. By 2:20 a.m., police announced that order was restored and began reducing the number of officers in the area. 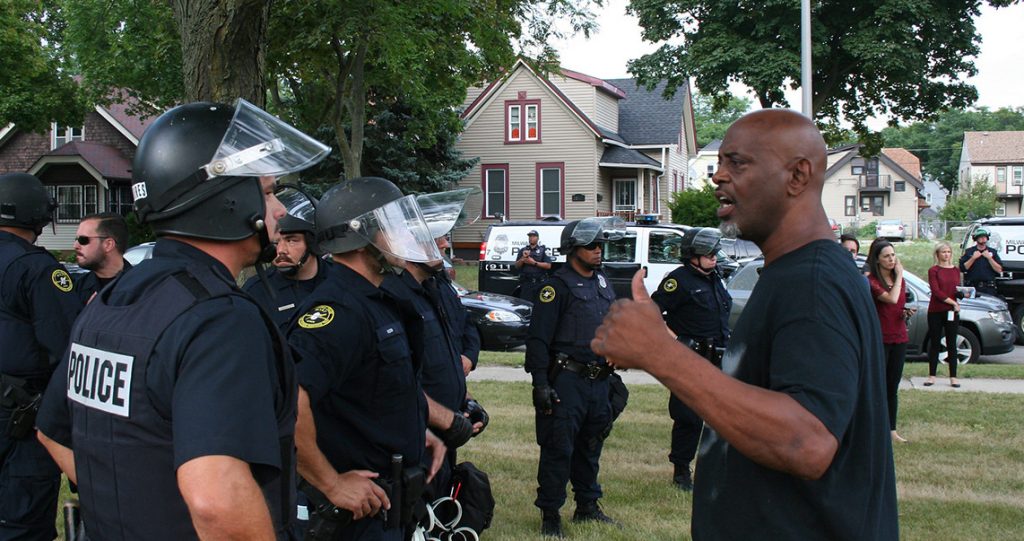 Brian Sylvas talks with a Milwaukee police officer shortly after a young man was taken into custody. (File photo by Jabril Faraj)

On Sunday morning, community members gathered near the park and the damaged businesses to clean up the area and distribute food and water. Faith leaders led prayers. Later in the evening, protests turned violent again. Three squad cars were damaged, windows were broken and a car and several Dumpsters were set on fire. Seven police officers and four sheriff’s deputies were injured, and an 18-year-old man was hit by random gunfire. 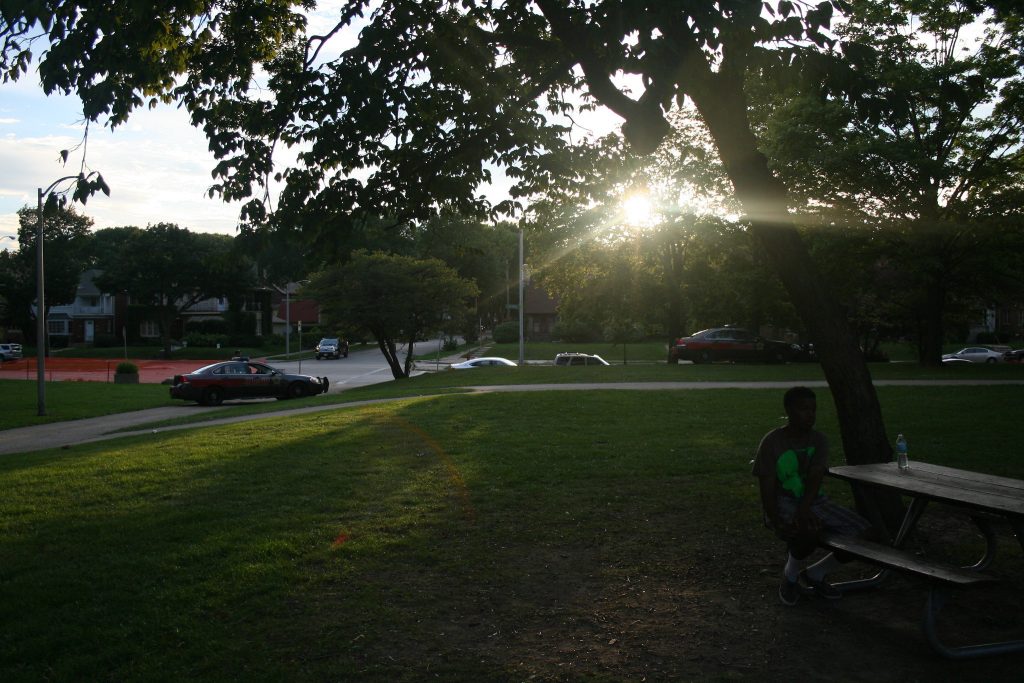 A teen sits at a picnic table as sheriff’s deputies block an entrance to Sherman Park. (File photo by Jabril Faraj)