You are here: Home / Neighborhoods / South / Layton Boulevard West / Post from the Community: Milwaukee’s newest soccer space opening on the South Side
Share this... 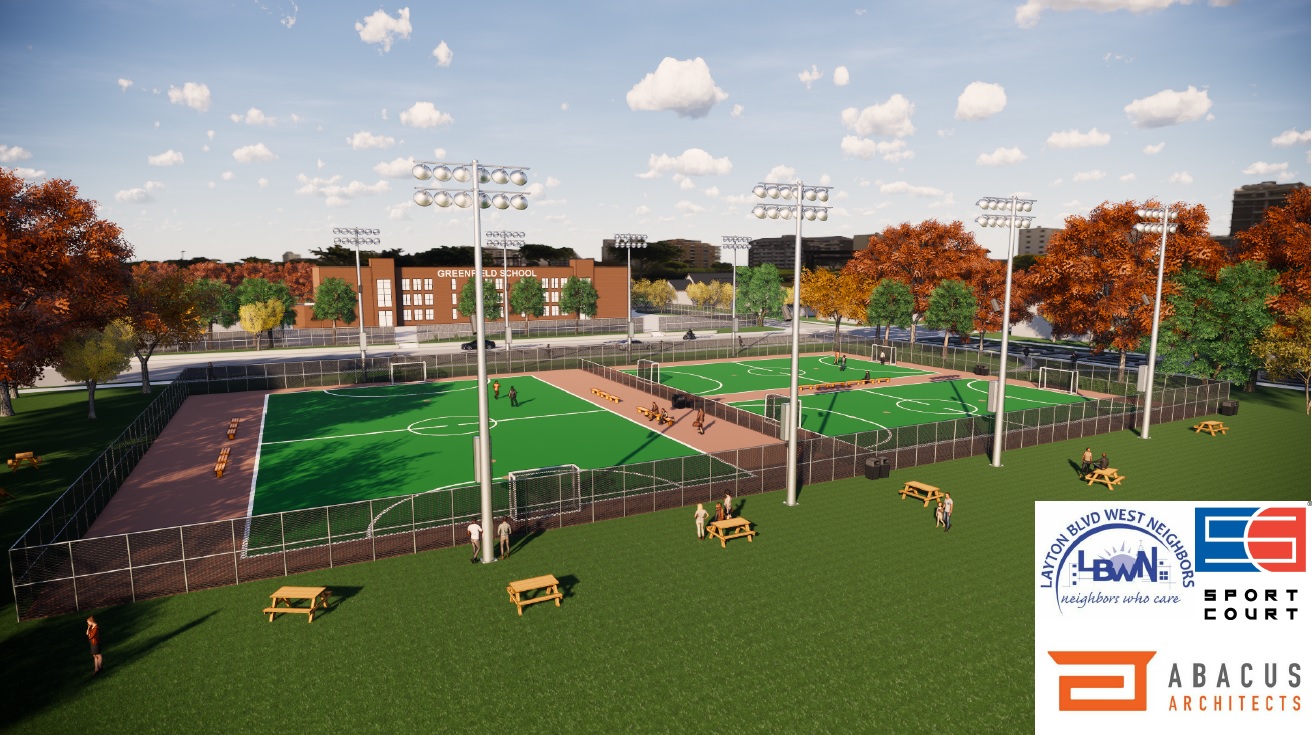 A community-led crowdfunding campaign supported by Layton Boulevard West Neighbors (LBWN) exceeded its goal and has made it possible to open Milwaukee’s biggest futsal courts on the South Side.

“The Burnham Park Neighborhood has been the place I call home for most of my life. As I raise my two daughters in this neighborhood, I want the best for them and our community. That is why I decided to join the Burnham Park Task Force and help renovate the park that I used as a kid and that my daughters now use,” said Burnham Park neighbor Eddy Orozco. The conversion of formerly-abandoned tennis courts into futsal courts is the first of many improvements planned for this beloved, active park. Burnham Park serves as the neighborhood park to the nearly 7,000 people under the age of 18 that live just over a mile from the park.

This project foreshadows a significant renovation plan for the rest of Burnham Park, projected to begin in 2020.