You are here: Home / Home / Carousel / NNS Spotlight: ‘He doesn’t want to be king but he’s a kingmaker’: Meet the man behind Coffee Makes You Black
Share this... 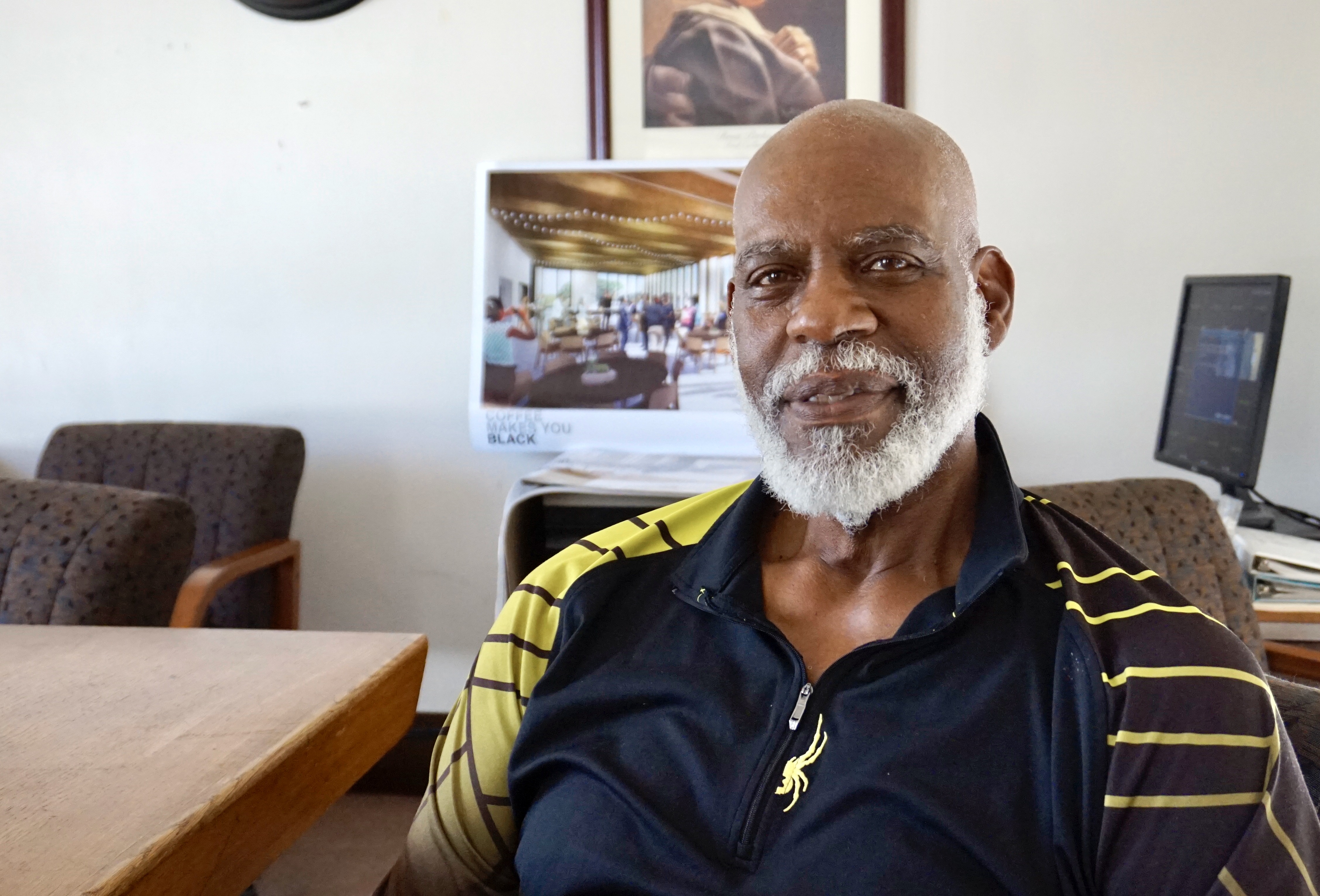 Bradley Thurman, a former firefighter, started Coffee Makes You Black in 2001 with his wife, Laurie. (Photo by Andrea Waxman)

Editor’s note: This story is part of an occasional series  that highlights groups and people worth knowing in Milwaukee. To nominate a person or a group, email  info@milwaukeenns.org  and put “Spotlight” in the subject line.

Bradley Thurman has always been about business.

He’s owned a lock company, a bed-and-breakfast, a power-washing business and a pizza restaurant. He has won contracts to pick up deer killed by cars and renovated buildings along North Dr. Martin Luther King Drive.

Independent and entrepreneurial from a young age, Thurman, 70, is still generating ideas about how to improve his business and the lives of the community’s youths.

Thurman’s most well-known venture is the Coffee Makes You Black coffee shop, which he and his wife, Laurie, opened at 2803 N. Teutonia Ave. in 2001.

Thurman served as a Milwaukee Fire Department firefighter for 16 years and said it was his “best career move.” But, he added, “I’ve always had a deep interest in owning my own business more than working for somebody.”

Wanda Montgomery, the board chairwoman of the African American Chamber of Commerce of Wisconsin, said the shop is an important gathering place. “I can go in there any day of the week and see somebody that I know or I will meet somebody new,” she said.

Ashley Jones, an MATC student who lives on the Northwest Side, said Coffee Makes You Black is part of her daily routine. “I’ve been coming in since they first opened for the food, the people and the environment,” she said. 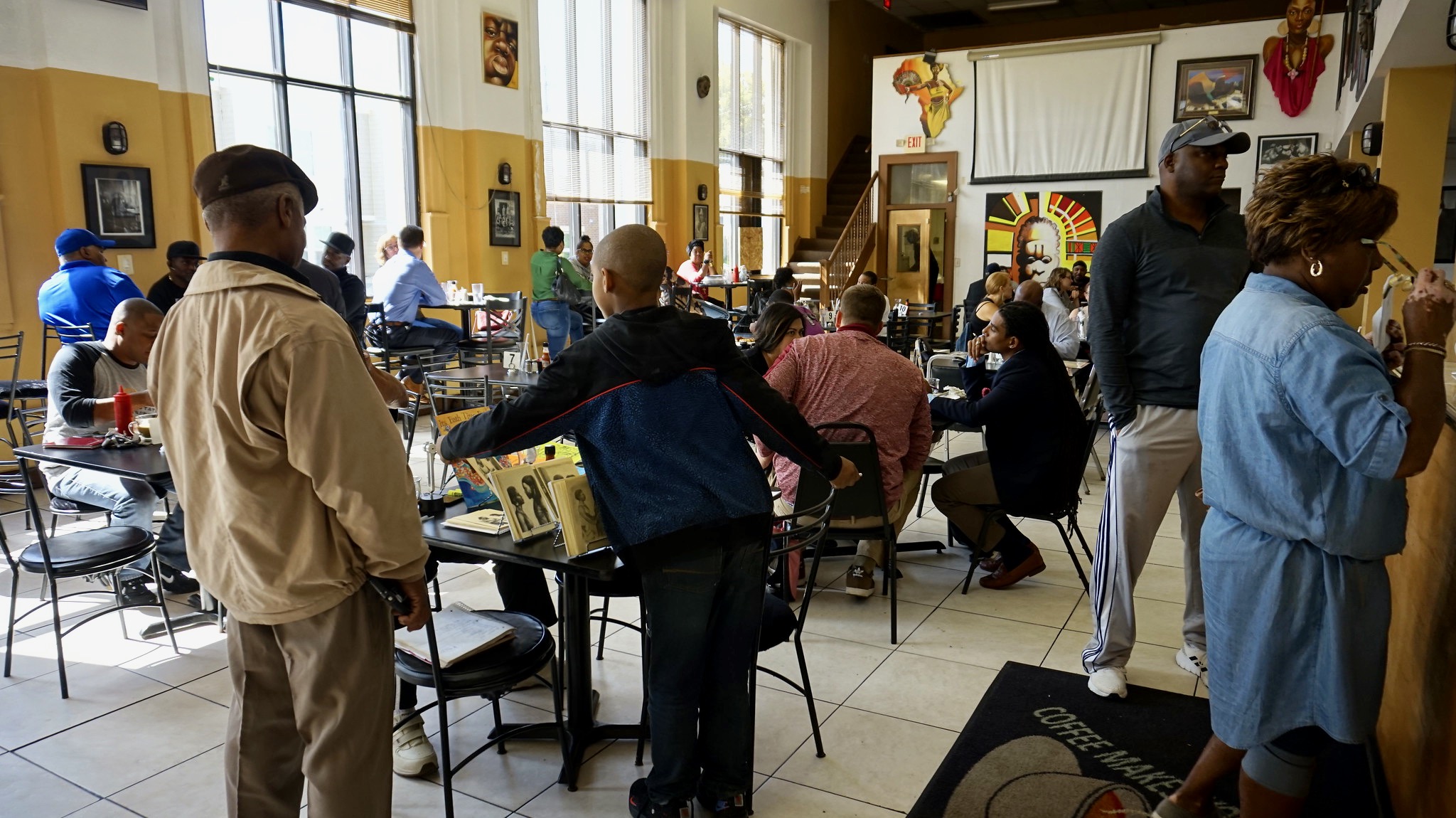 Loyal customers are showing Coffee Makes You Black their love despite earlier struggles because of road construction. In fact, the Thurmans are moving ahead with plans to expand the coffee shop to accommodate 300 for community events. (Photo by Andrea Waxman)

Coffee Makes You Black has struggled since April because construction on North Teutonia Avenue has depressed its flow of customers. But news reports that the Thurmans’ business was down more than 30 percent brought a surge of loyal customers back in late September.

Interrupted access has caused other businesses in the area to close, including a day care center that rented the Thurmans’ adjacent building. That is costing them $4,500-a-month in lost rent.

Before September news reports brought attention to Coffee Makes You Black’s plight, Thurman said, there hadn’t been more than six people in the restaurant at a time since April. “Everybody has wanted to come to our rescue now, which is a very good thing because we desperately needed it.”
The closure of the northbound lane across the street will continue to pose challenges. The project is expected to be completed next August, according to a Wisconsin Department of Transportation spokesman.

One of five siblings, Thurman was born and raised in the Brewers Hill neighborhood, where his 93-year-old mother still lives. He graduated from Lincoln High School, now Lincoln Center for the Arts, and UW-Oshkosh, where he majored in education.

At 29, attracted by the eight-days-a-month work schedule and medical benefits, the then-father of two young sons joined the fire department. He had a third son 19 years later. When he became an MFD lieutenant, Thurman began teaching young firefighters in addition to fighting fires. He retired from the department because of a back injury, he said.

Tall, fit and appearing younger than he is, Thurman said he started taking his health seriously five years ago. Diet changes and a regular swimming regimen have enabled him to lose 100 pounds, he said.

As a youth, Thurman said he was shaped by his experiences attending a Boys & Girls Clubs camp where he learned to love the outdoors.

Thurman was politically active in the Black Power movement in his 20s, said Ron Johnson (not the senator), who befriended him during that period. Johnson worked as a camp director for the Children’s Outing Association and shared Thurman’s love of outdoor activities.

In 1995, the two traveled with friends to Washington D.C., for the Million Man March and were inspired by a call to return home and do at least one thing to make their communities better.

For Thurman and Johnson that “one thing” was the establishment of a Father-Son Retreat, a fishing and camping experience for boys and their fathers or other adult male mentors. For 24 consecutive summers, they have taken a group to a campsite on the Mississippi River.

This year’s group numbered 61 boys and 22 men, Thurman said. Some who started going when they were children have now completed college and graduate school and become doctors and engineers. It has become “a community rite of passage,” where boys become men, Johnson said.

“I’ve always had an interest in helping the plight of our community,” Thurman said. He believes that he can do the most good working with youths “who are not yet set in their ways.”  And sometimes, he added, “the young people enlighten me with new ideas.”

He said Thurman would not be the loudest voice at the front of a group.

Rather, he would be the one making things happen and working to support and build up others. “He doesn’t want to be king but he’s a kingmaker,” Johnson said.

Coffee Makes You Black is open:

The first Friday of every month: Live music is offered 5 to 8 p.m.