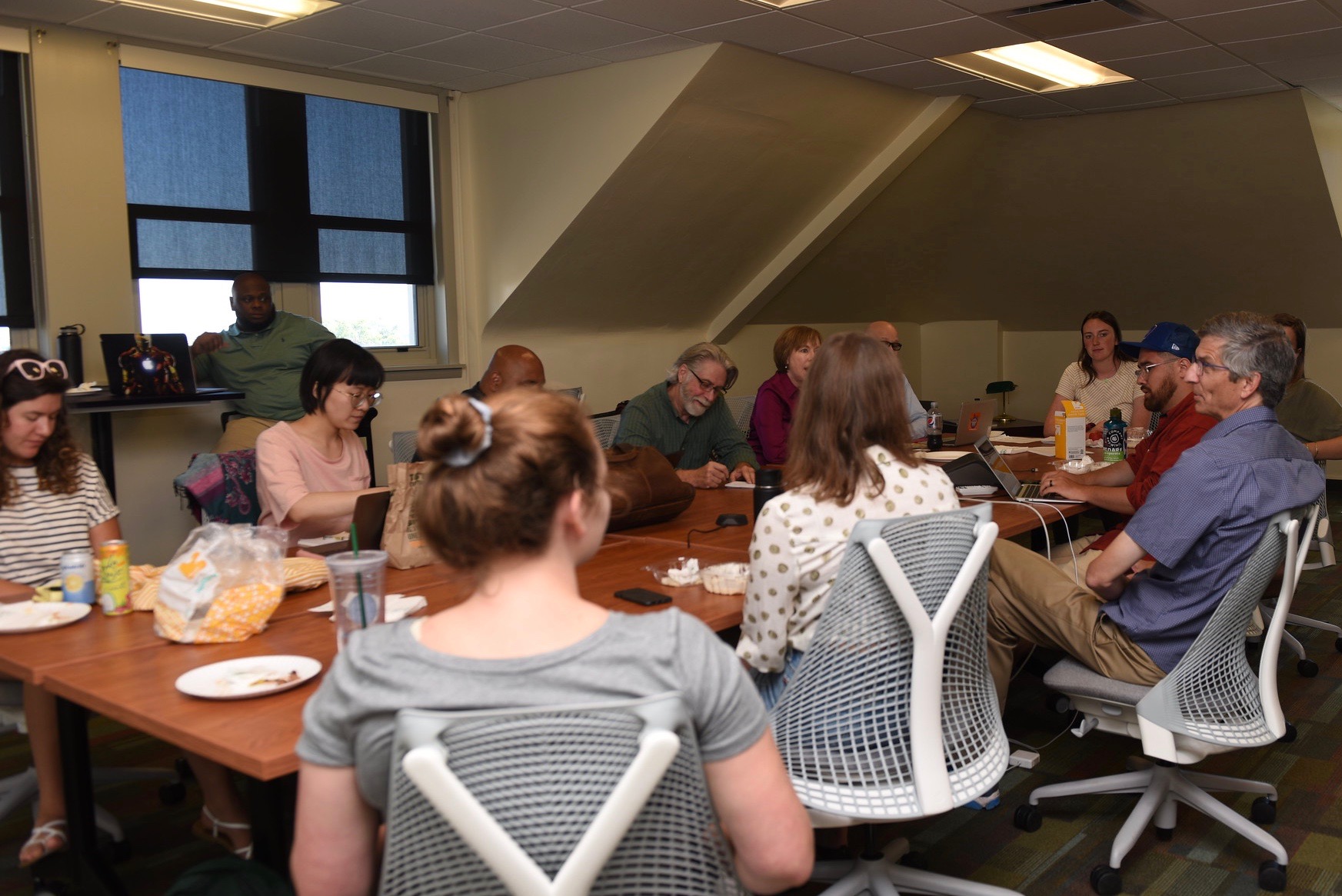 The NNS newsroom will get even bigger next year. We will host a reporter from Report For America. Our reporter, the first full-time journalist in our history, will cover health and faith. (Photo by Sue Vliet)

The Milwaukee Neighborhood News Service has been selected as one of the winning newsrooms to host a reporter for Report for America, which places talented emerging journalists in local newsrooms.

An initiative of The GroundTruth Project, Report for America addresses an urgent need in journalism at a time when news deserts are widening across the country, leaving communities uninformed on local issues and threatening our democracy like never before.

“This is a big win for NNS because it will allow us to have our first full-time reporter,” said Ron Smith, editor of the Milwaukee Neighborhood News Service, a local nonprofit newsroom housed in the Diederich College of Communication at Marquette University. “It’s a win for the community we love so much.”

The NNS newsroom consists of six paid part-time reporters and editors and a talented cohort of community volunteers and student interns.

Newsrooms were selected through a rigorous national competition. Each application was evaluated at least four times by some 50 judges—industry leaders who included former editors and reporters, journalism professors and more.

Report for America said it will field 250 journalists in 164 host news organizations to serve local communities across 46 states in the coming year.

This is more than four times the size of the 2019 class, who have been reporting in some 50 local news organizations across 28 states and Puerto Rico. Monday’s news marks the single biggest hiring announcement of journalists in recent memory—and comes as a direct response to the worsening crisis in local news across the country, according to Report for America leaders.

In addition to NNS, the Milwaukee Journal Sentinel and WTMJ (Channel 4) also will host Report for America journalists in Milwaukee.

The NNS reporter will cover health, looking at access to care, chronic diseases, mental health and other issues, as well as the role faith plays in our communities.

“Some of our readers are literally dying because of a lack of knowledge. We want to connect them with resources, illuminate issues and continue to celebrate the ordinary folks who are doing extraordinary things,” Smith said.

“Report for America is strengthening local journalism by placing talented journalists in communities and statehouse bureaus that are in need of rigorous reporting,” said Jennifer Preston, Knight Foundation vice president for journalism. “The expansion of the journalist corps is essential to inform and engage residents at the state and local level and sustain quality journalism to build a healthy democracy.”

Report for America is funding these new positions with more than $5 million in direct support to newsrooms. This investment leverages a unique funding model in which RFA  pays half of a corps member’s salary, while asking its local news partners to contribute one-quarter and supporting them in getting local and regional funders to contribute the final quarter. The goal of the model is to expand the number of local reporting positions permanently.

“We offer a pretty simple fix for news holes in communities throughout the country—local reporters on the ground, who hold leaders accountable and report on under-covered issues,” said Steven Waldman, president and co-founder of Report for America. “The editors we’ve met during our application cycle have shown us amazing passion, commitment and sharp ideas for how to better serve their local communities.”

“Report for America is about serving these communities and helping to restore the pipeline for a new generation of journalists. We understand our program may not fix all that is broken in local journalism, but we are honored to be part of a wider community directly confronting the crisis and doing everything we can to restore journalism from the ground up,” said Charles Sennott, CEO and Editor-in-Chief of GroundTruth, which launched Report for America in 2017.

Corps members will attend Report for America’s intensive training in June, at a site to be determined, before joining their newsrooms to launch their first year of service. The 2020 newsrooms hosting corps members can be found here.

This is the second major win for NNS this year. In October, it was announced that NNS would join forces with two other nonprofit newsrooms to launch News414, a Google-funded project to learn what residents want to read and then to send those reports to their phones via text messaging.

Help us keep the momentum going by donating during our annual (and crucial) fund-raising campaign.