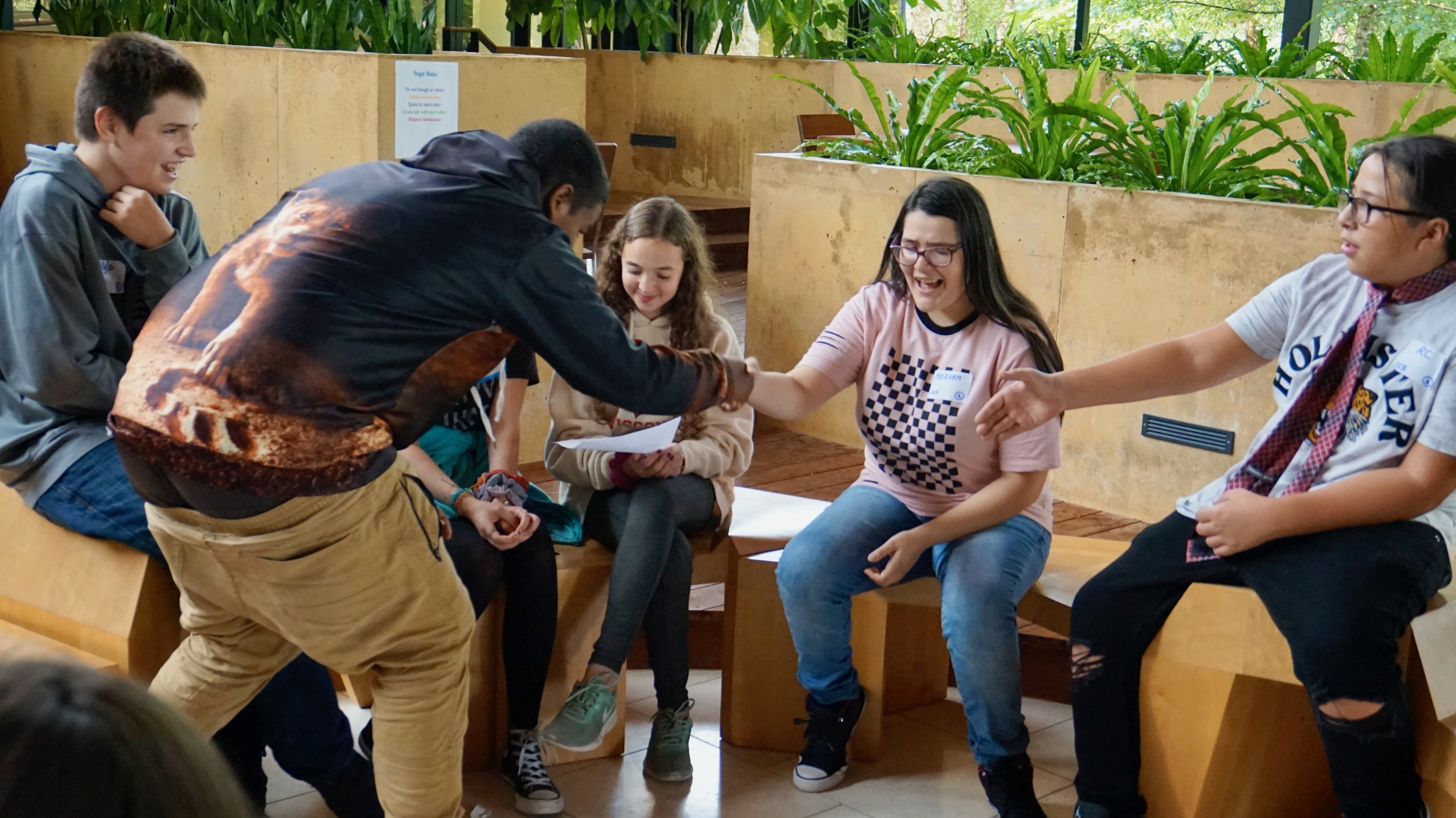 Eighth graders from the Indian Community School and the Milwaukee Jewish Day School participate in an exercise that raises awareness of how different cultures’ social rules affect relationships between different ethnic, racial and religious groups. (Photo by Andrea Waxman)

Editor’s note: This article has been updated to correct Mark Denning’s name and status and to say that Repairing Together is a program of the Milwaukee Jewish Day School.

When students graduate from the Indian Community School, located on a wooded campus in Franklin, they leave a close-knit environment, where Native cultures, languages and values are woven into their education. They spread out to high schools across the Milwaukee area, where they are thrown into contact with students from different cultural, racial, ethnic and religious backgrounds.

Last year, through a program called Repairing Together, the classmates learned about the lives of Jewish, Latinx and African American students.

Jason Dropik, the head of the Indian Community School, believes the program will help his K-8 graduates make friends and more easily navigate the transition to high school and beyond.

Dropik said “people can be placed in groups and pitted against each other, and there can be a sense that you have to isolate to really thrive.” But getting people together to know and accept each other helps them to be more empathetic, more forgiving and more patient, he said. 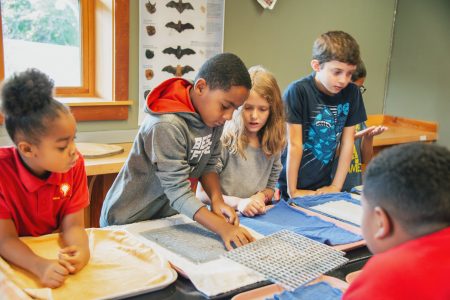 The program brings students from different backgrounds and neighborhoods together to work on service-learning activities. The goal is to give them opportunities to share their own experiences and to provide a forum for understanding one another’s world views.

Crawford, a native of the Netherlands, moved to Milwaukee after marrying a local man. She is multilingual and grew up valuing her experience with diverse friends she met at school and while traveling.

Starting with the youngest

Starting with 80 eighth graders, she used professionally prepared evaluation tools to measure shifts in attitude and empathy and discovered the biggest impact showed up among the youngest students.

The following year, Bruce Guadalupe Community School, whose students are mostly Latinx, joined the program, and it expanded to more grades.

By the end of this school year, Crawford expects more than 1,500 will have participated.

Her goal is to start with K4 students at all four schools and take them through eighth grade so that they will have spent 10 years together by the time they enter high school.

“By then, people of other traditions, cultures and races won’t hold any mystery or fear anymore,” said Crawford, who’s enlisted the help of service organizations. 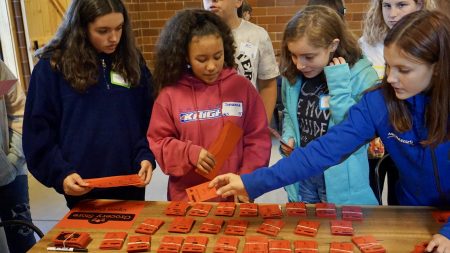 Native American and Jewish eighth graders learn about free and low-cost sources for groceries and practice combining them to feed a family living on a low-income budget. The exercise was part of a service-learning project at the Hunger Task Force Farm in Franklin. (Photo by Andrea Waxman)

On a recent morning, Native American and Jewish eighth graders gathered at the Indian Community School. In small groups, they rotated between activities — a food justice activity at the nearby Hunger Task Force Farm, an exercise on how different social rules in different cultures affect people’s interactions and a third in which students used art to talk about the top issues on their minds.

Mark Denning, a lacrosse coach and professional educator, led the art project. Together students painted images that represented their concerns on an 8-foot fiberglass polar bear. Some of the images were joyful and others worrying, Denning said. They included allusions to bullying, the impact of cancer among family members and the importance students placed on love.

“We can get into some serious conversations by using art rather than sitting in a circle and saying ‘please share your deepest concern,’” Denning said.

In a game led by diversity educator Reggie Jackson, another group of eighth graders separated into the Rebas and the Amblers, two fictitious cultural groups with different social behaviors.

After briefly learning their group’s social rules, they reassembled at a “party” and attempted to socialize. Rebas, who value being outgoing and friendly, showed it by shaking hands, standing very close and looking deeply into the eyes of whomever they were talking to. Amblers, on the other hand, believe that proper behavior includes being quiet and reserved.

The exercise concluded by asking participants to consider how their interactions made them feel, how diversity can create communication barriers and how they might overcome these barriers and communicate effectively.

“They didn’t know quite what to do, but through prompting and questions and different experiences, they were able to relate to each other.”