You are here: Home / Posts from Community / Post from Community: Black Leaders Organizing for Communities releases “The BLOC Agenda”
Share this... 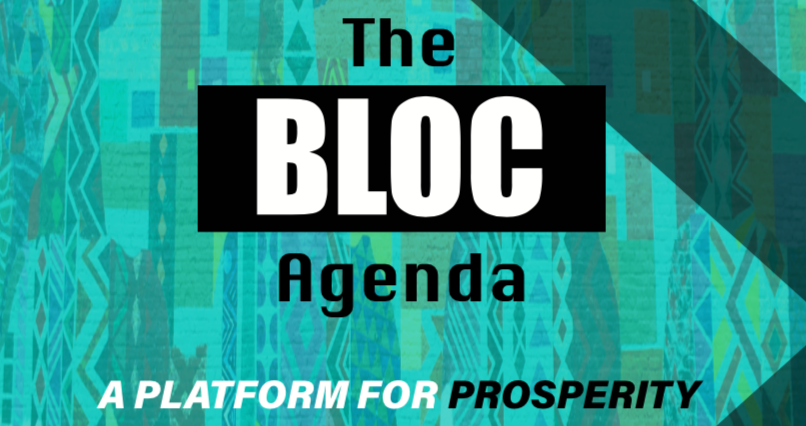 Today, Black Leaders Organizing for Communities (BLOC) released their policy agenda, called “The BLOC Agenda” on their website (​www.blocbybloc.org​). Informed by over two years of conversations with black residents in Milwaukee, the agenda aims to provide solutions to the many issues facing the Black community. The agenda is divided into ten sections based on the recurring physical, economic and political needs expressed by the community: Safety, Housing, Health, Education, Employment & Purpose, Transportation, Recreation, Freedom & Justice, Dignity & Democracy. The agenda can be found on BLOC’s website.

“This agenda speaks to the basic needs of any neighborhood or community,” said Angela Lang, Executive Director. “The fact that so many of these needs have been neglected for so long speaks to the state of our political systems.”

BLOC was founded in 2017 to improve the quality of life for Black people through political advocacy, education and trainings. Since then, BLOC has been active in every election, knocking on thousands of doors to inform neighbors of who’s on the ballot, and who they should support.

“BLOC’s role is to make sure that those voices that haven’t been heard before are able to speak their truth to power,” said Keisha Robinson, Program Director. “We’re excited to move towards policies that will improve the quality of life for our people”

In November and December BLOC held two People’s Assemblies. At the first assembly, residents were invited to discuss issues in the community and potential solutions. From these discussions and previous conversations had in the community, an agenda was drafted. The agenda was thoroughly reviewed and approved at the second assembly.

“With 2020 approaching it’s important that candidates and elected officials know what is expected.” said Rick Banks, Political Director. “We’ll continue to hold leaders who fail to make progress or support our issues accountable.”

BLOC intends for the agenda to be a living document, being updated at subsequent BLOC Assemblies as goals are accomplished or new issues come up.

About Black Leaders Organizing for Communities