You are here: Home / Posts from Community / Post from Community: Men’s campaign against human trafficking half-way to goal
Share this... 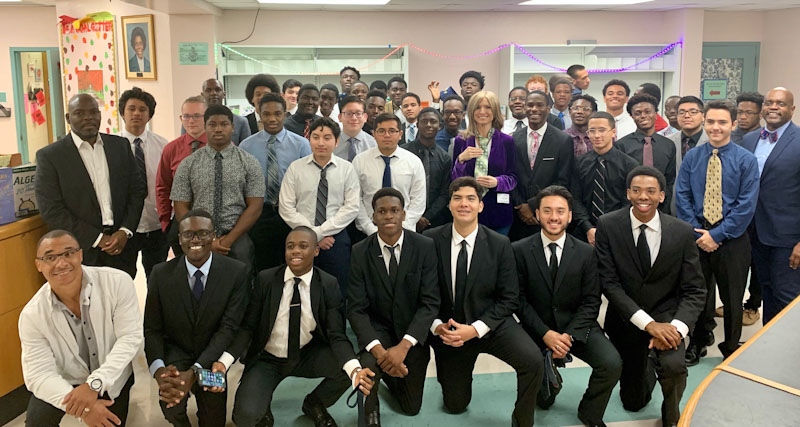 A campaign to motivate men to take a public stand against the sex trade and human trafficking has passed the half-way point and is spreading across the country and around the world through social media.

So far, more than 3,000 men have taken the HEMAD (Human trafficking Educators working with Men and boys to stand Against the Demand) pledge online with two weeks left in the five-week campaign. Organizers hope at least 6,000 men will take the pledge this year. Last year, 3,000 men took the HEMAD pledge. Men are encouraged to watch a four-minute video that dramatizes the issue of human trafficking, then sign a pledge and share the link with two or more other men. The video and pledge can be found at https://www.convergenceresource.org/hemad-campaign.

CRC launched its second annual HEMAD campaign just before Thanksgiving. The campaign was scheduled to last until Dec. 28 but will probably be extended into January at the request of several schools, businesses and other organizations.

“We’ve had men from throughout Wisconsin, the Midwest and as far away as Florida take the pledge,” said Debbie Lassiter, executive director of Convergence Resource Center (CRC), a faith-based nonprofit providing support for men and women rebuilding their lives after trauma with an emphasis on women leaving the legal system and female survivors of human trafficking. “We even had a group of men in Tanzania who took the pledge after learning about it from a missionary from here in Milwaukee.”

Nearly 70 students and teachers from Lake Worth High School’s Young Men of Distinction Club watched the video and took the HEMAD pledge last week. Dawn Marie Basham, an anti-bullying and anti-human trafficking speaker from Palm Beach County, shared the video with the group.

“This is a multimillion-dollar industry that exists in urban, suburban and rural areas in Wisconsin that we need to put out of business. The demand will always be there, but we can squash that demand by publicly taking a stand,” said State Rep. Jason Fields, who also is a CRC board member. Fields has cosponsored several bills to help fight human trafficking.

Fields and Cifax encourage men to take five minutes, go to CRC’s website (www.convergenceresource.org), watch the video and then register and take the pledge.

Convergence Resource Center (CRC) is a faith-based nonprofit community service organization providing support for men and women rebuilding their lives after trauma with an emphasis on justice involved women and female survivors of human trafficking. It is a contracted member of the Milwaukee Joint Human Trafficking Task Force (MJHTTF). To learn more, call (414) 979-0591 or visit www.convergenceresource.org.

Human trafficking Educators working with Men and boys to stand Against the Demand (HEMAD) is a program of Convergence Resource Center directed at men on the importance of ending human trafficking. To learn more, contact HEMAD@convergenceresource.org.