You are here: Home / "How To" articles / From renting to owning: How to get a home in Milwaukee 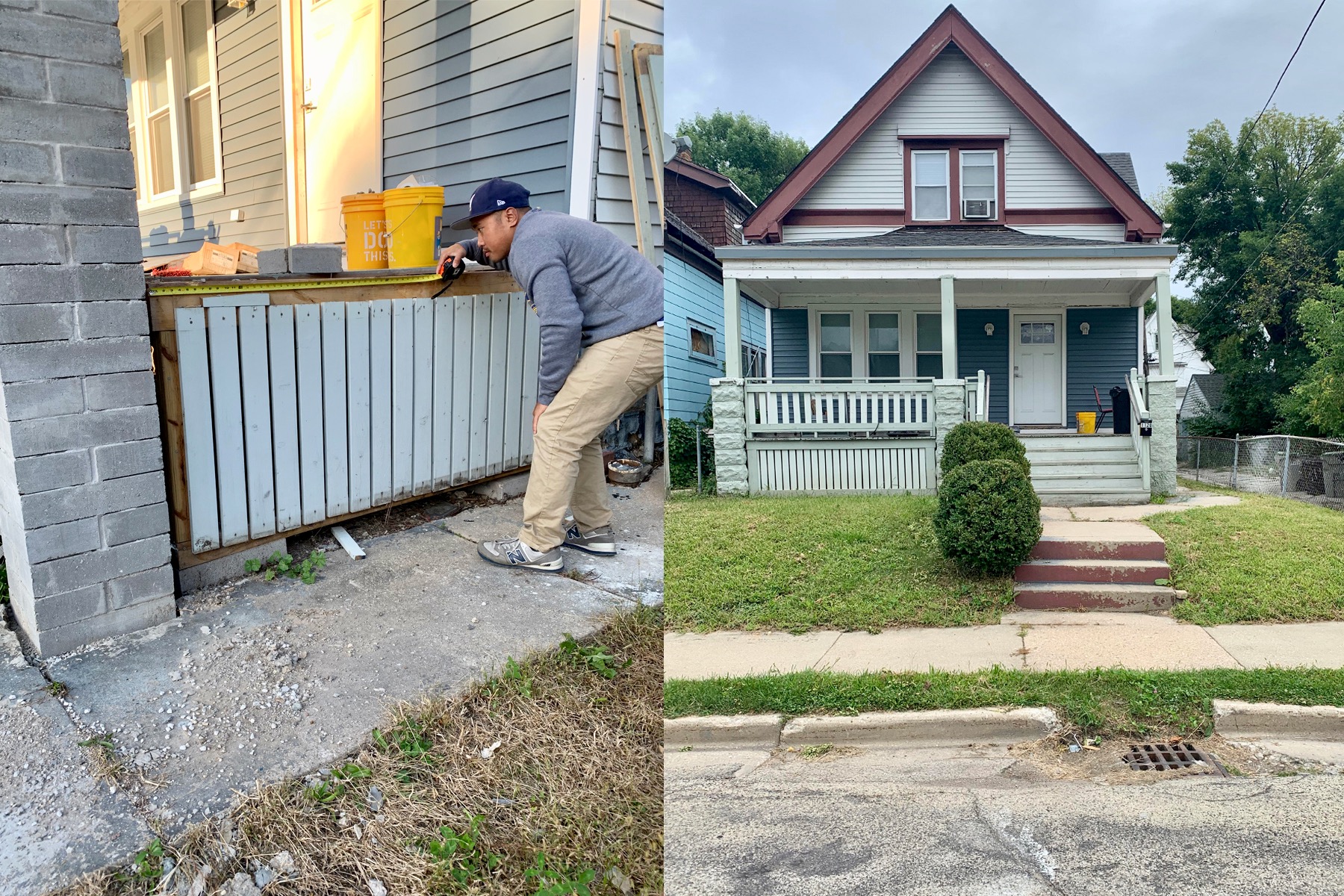 Editor’s note: This article has been updated to include additional resources.

Phoebe Alexander, 51, rented houses in Milwaukee for 24 years. During that time, she had two landlords. They were good, she said, but like most tenants, Alexander wasn’t allowed to change things to her liking.

The desire to become a homeowner was something Alexander had wanted for a long time, but first she had some financial issues to work out. So five years ago, Alexander began taking classes and in June 2019, she became the homeowner and landlord of the duplex she had been living in for the past 16 years.

Alexander’s acquisition of her home was unique – her landlord had lost the house to the city – but the situation is a common one. People want to be homeowners.

While becoming a homeowner may seem daunting, there are organizations to help guide you.

The advantages of being a homeowner

Cinthia Hernandez, the housing outreach manager for Layton Boulevard West Neighbors, said there are many benefits to buying a home. Aside from being able to make cosmetic changes, owning a home can be more affordable in the long run.

People want a place that is stable, a place for their kids, and, most important, a place they can own, Hernandez said.

“I always encourage people to get an inspection, because there’s so much an untrained eye can’t see,” she said.

Madee Saenphonphakdee, 31, has been a homeowner for the past four years, but he had been a renter since his college days.

“I [realized] I could buy a house and pay the exact same amount [as renting], except I would own it,” he said.

Saenphonphakdee, with help from Acts Housing, an agency that helps families buy housing, decided to purchase a foreclosed home, under the presumption that he’d bring it up to code. In addition to gutting the house and ensuring that the plumbing and electrical worked, Saenphonphakdee wanted a house that was livable and looked nice.

For six months, using the skills he picked up when he worked in construction, Saenphonphakdee worked on his house, fixing the amenities. Once the house was deemed livable, he moved in and has been renovating the place ever since.

“It’s not as intimidating as people think,” he said.

Real estate agent Deon Price has worked at Acts Housing for the past two years. Becoming a homeowner is one of the keys to financial independence, he said.

When it comes to buying a house, some of the necessary steps are really simple, Price said. Having a job and lines of credit are a good start. He also advises that people know what type of house they want and the neighborhood.

“I do occasionally recommend housing, but I don’t recommend neighborhoods,” Price said.

“Morning, noon and night, drive through those neighborhoods,” Price said.

Clients can then get a good sense of the area and the activity. They also learn where, for example, the grocery store, churches and schools are located.

“This is going to be your house,” Price tells clients. “So make sure that you are 100 percent sure this is what you want to do.”

Price does his best to find housing options for people in whichever neighborhood they choose. However, he noted, renting options are usually more affordable in some areas. That is to say, an individual may like a certain neighborhood, but they may not be able to afford a house there.

“You can stay wherever you want to stay as long as you can afford it,” Price said.

Shelina Harvey, a financial coach for Wisconsin Women’s Business Initiative Corp., said she has her clients track their spending. This helps them cut back on unnecessary purchases and work toward their savings goal.

Harvey said about 40 percent of her clients have wanted to buy a home. In some cases, a client may need to repair his or her credit or take classes to apply for a housing grant.

“If you want to buy a house, you got to put in the work,” Harvey said.

Tess Wynn, a real estate agent with Acts Housing, said buyers should always be prepared for extra expenses, including the appraisal, inspection, real estate fees and so on. Having a responsive agent is key, because a house that is priced right could be sold in three days, she said.

Wynn added that getting the financial documents in order helps ensure the process moves forward smoothly.

“The process of finding a home can be emotional,” Wynn said, but it’s also fun and rewarding.

Take Root Milwaukee
Take Root Milwaukee is compiled of over 40 community organizations such as the Clarke Square Neighborhood Initiative and the Riverworks Development Corporation. It offers free or low-cost services to help Milwaukeeans buy, keep or fix a home.
Phone: 414-921-4149

Did we forget a housing resource? Feel free to mention it in the comments below or send us an email at info@milwaukeenns.org.

‘I put that bookbag on and did what I had to do’: How adult learners can put high school behind them

From the editor: How to get your news published by the Milwaukee Neighborhood News Service