You are here: Home / Home / Carousel / OPINION: Celebrating the holidays: Why we celebrate Hanukkah
Share this... 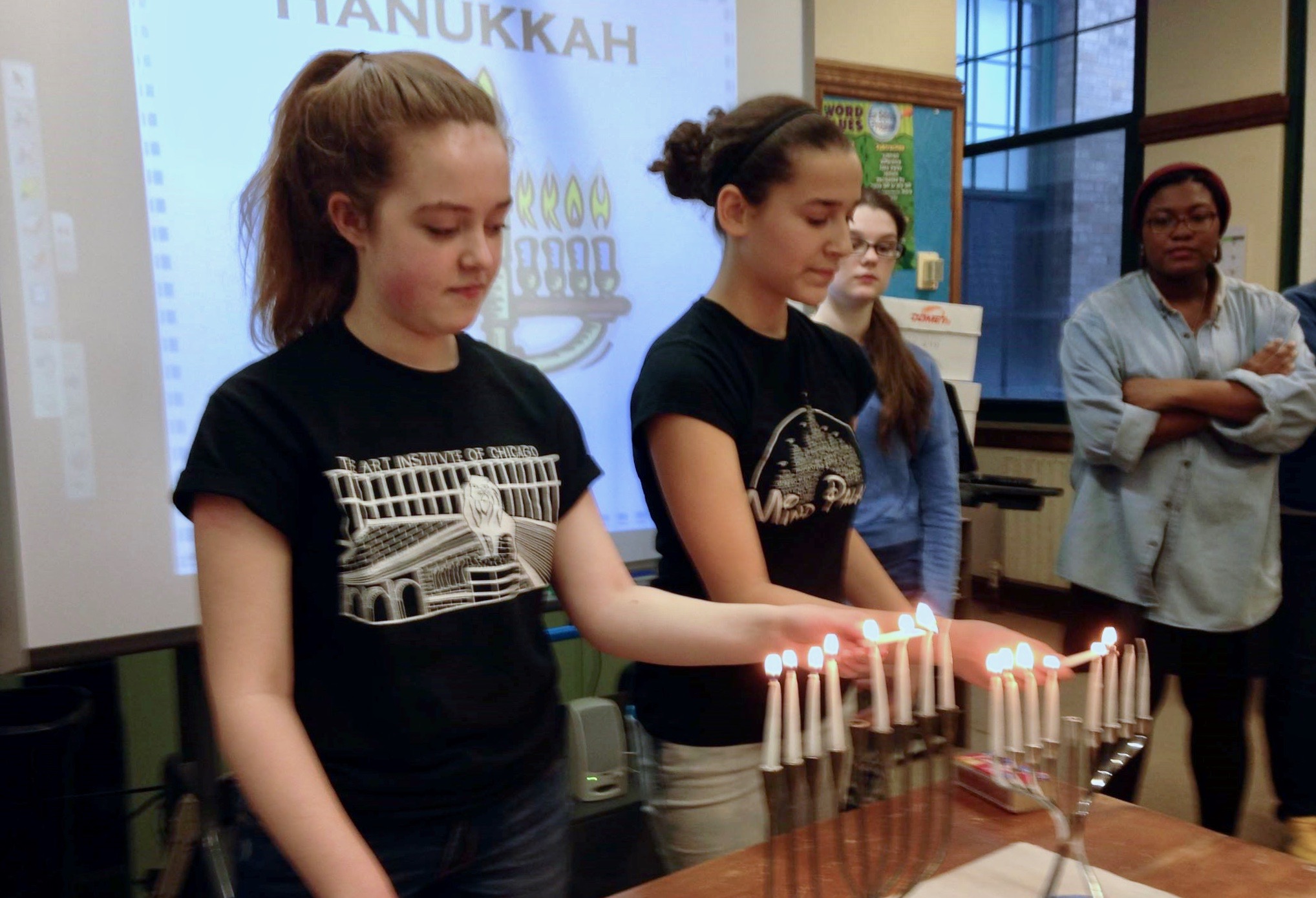 Hanukkah is a family affair for McKinney and her family. (Photo courtesy of Harriet McKinney)

Harriet McKinney served as the director of cultural arts for the Milwaukee Boys and Girls Club and as the executive director of the Milwaukee chapter of the American Jewish Committee. McKinney, who is retired, now lives in Sherman Park and splits her time between her four grandchildren and her continued work on social justice issues including unlearning racism, anti-Semitism, sexism and other forms of oppression.

The eight-day winter festival of Chanukah, also known as Hanukkah, celebrated by Jewish people, is all about miracles. We remember them, we publicize them, and we celebrate them.

More than 2,200 years ago, the Holy Land was ruled by the Syrian Greeks who attempted to stamp out Jewish worship and practice. Miraculously, a small band of religious guerilla fighters, called the Macabees, defeated the mighty Syrian Greek army and enabled the people to once again worship as Jews.

At that time, the Holy Temple in Jerusalem still stood, but when the Macabees entered it, they found it desecrated. The golden candelabra, called a menorah, which burned constantly, had gone out. After thoroughly cleaning the temple, the Macabees rededicated it to worship, but there was only a tiny vial of ritually pure olive oil to use to relight the menorah. Miraculously, that oil, which should have burned for only one day, lasted for eight days, the time it took to press new oil from olives. 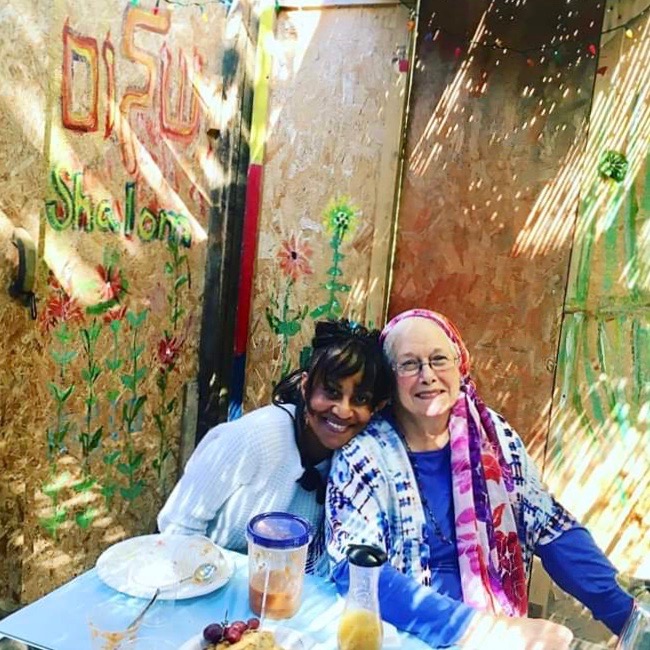 Harriet McKinney (shown at right, with a friend) enjoys the traditions of Hanukkah, particularly the flickering lights. “They remind me that everyone is a miracle, that every act counts, and that it is worth it to stand on principle and that I, too, can bring light to darkness in spite of what it feels like.”

So, here in the darkest time of the year, Jews throughout the world light menorahs, often in their windows, to celebrate and remember. Chanukah menorahs have nine holes and can be made out of any material. Eight of the holes are for the lights of Chanukah, oil and wicks or candles, and the ninth is for the shamash, or helper, to light the others. Any time after dusk, we light the Chanukah menorah singing special blessings, one light on the first night, plus the helper, two on the second, etc. until the end of the holiday. You need 44 candles to have enough to last for all eight nights. This year, the first light is lit on Dec. 22 and the last is lit on Dec. 29. After the menorah is lit, special songs are sung. The lights of the menorah are not extinguished but are left to burn out naturally. Traditionally, women are absolved from doing work while the lights are burning.

When I was growing up, we lit one menorah for the family, with orange candles that dripped all over. When I was about 7, we began to get boxed Chanukah candles from Israel, in various colors and claiming to be dripless. When my children were growing up, everyone in the family lit their own menorah, some oil, some candles. What bright lights those were with six menorahs glowing!

Because of the miracle of the oil, it became the custom to serve foods cooked in oil on Chanukah. Potato pancakes, called latkes, and jelly donuts, called sufganiyot, are traditional in my house.

When I was a child, gift giving was a big part of Chanukah, though I suspect this was partly in response to the December holiday shopping frenzy. Truth be told, though I often got something I’d like on the first night, the rest of the nights were likely school supplies. I have to admit, it’s a tradition I continued with my children. The more authentic tradition was to give coins, called gelt, hence those foil-covered chocolate coins often visible during this season.

Another Chanukah tradition is playing with the dreidel, a four-sided top with Hebrew letters on each of its sides. The letters stand for the words “Neis Gadol Hayah Sham” meaning “a great miracle happened there.” In Israel, the “Sham” is replaced by the word, “Po,” meaning “here.”

I love to watch the flickering lights. They remind me that everyone is a miracle, that every act counts, and that it is worth it to stand on principle and that I, too, can bring light to darkness in spite of what it feels like.

Many communities have public menorah lightings. On Sunday afternoon, Dec. 22, there will be one at Fiserv Forum in Milwaukee.

To learn more about Chanukah, visit Chabad.org or MyJewishLearning.com.

In Case You Missed It: Celebrating the holidays: The making of a Las Posadas community celebration