You are here: Home / Home / Carousel / NNS Spotlight: ‘I chose bad first’: How one Milwaukee man learned from a mistake and turned his life around
Share this... 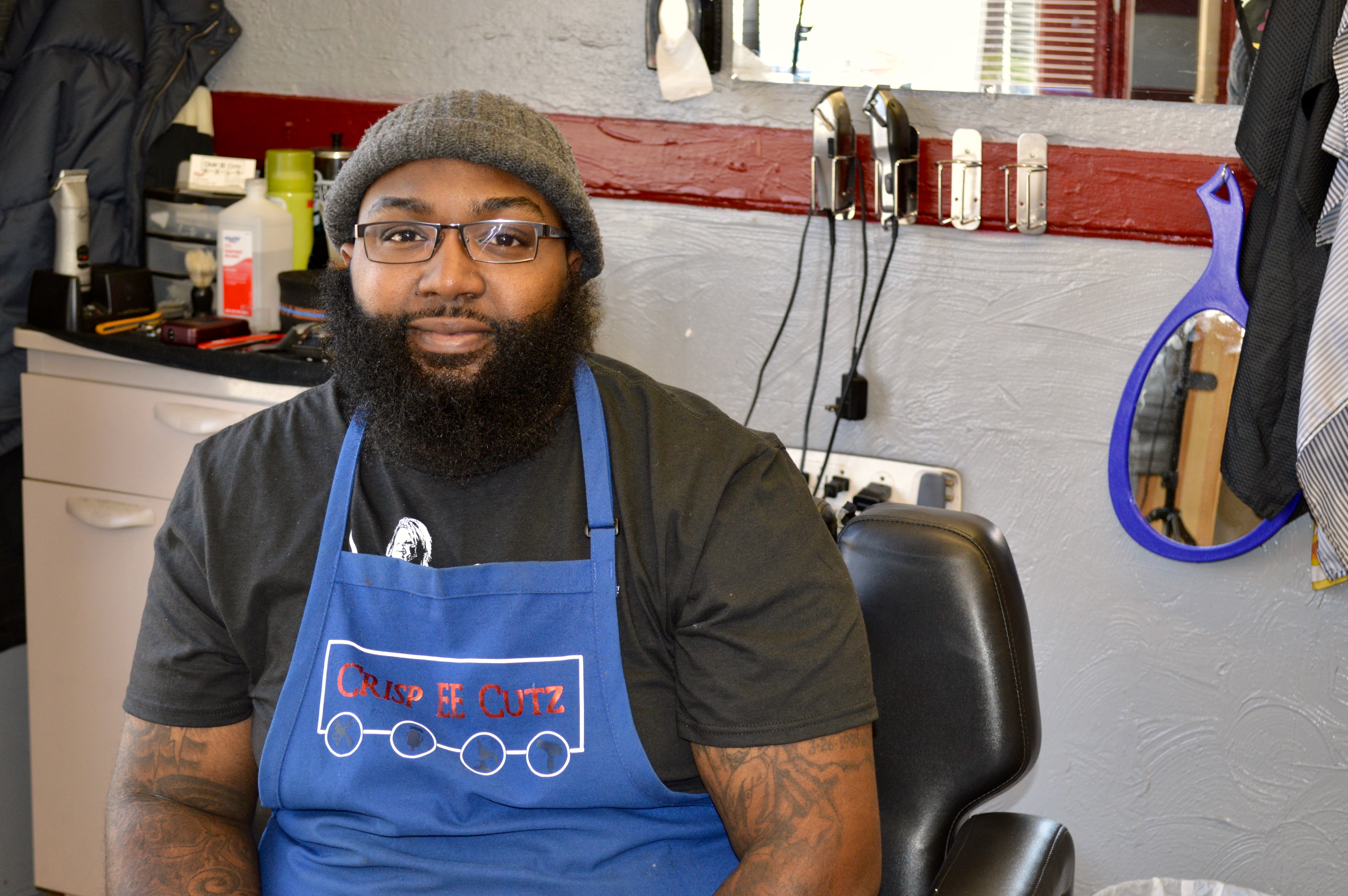 Elijah Tucker-Carter uses his past as motivation to help others in similar situations. (Photo by Ana Martinez-Ortiz)

Growing up, his father was in and out of prison. As a result, his mother was left to raise the kids on her own. Tucker-Carter saw the stress his mother was under and did what he could to help – from walking the family’s two pit bulls after school to changing dirty diapers and making dinner for his younger siblings.

“I took on a lot more roles than I expected as a child,” he said. “It forced me to grow up a lot faster.”

But things took a turn for the worse when he turned 18.

Tucker-Carter was working for the Milwaukee County Parks system when desperate to get out of a bad situation, he stole some money.

He was arrested and accepted a plea deal.

“Because I came clean about the situation, they gave me three months and two-and-a-half years on probation and extended supervision,” he said.

These days, Tucker-Carter, 24, finds himself in a more positive place. He owns his own barbershop, Crisp EE Cutz, 3271 N. Holton St., and is trying to get his record expunged.

He gives free haircuts at church events and participates in Safe and Sound’s Barbershop Mondays, a program to help groom youth inside and out. He also has plans to attend MATC.

Because of his arrest, Tucker-Carter had to work hard to prove to people that he has learned from his mistakes. He worked for community groups such as the Silver Spring Neighborhood Center and became a mentor for young boys at his church. These days, he said, most people don’t know about his past unless he tells them. 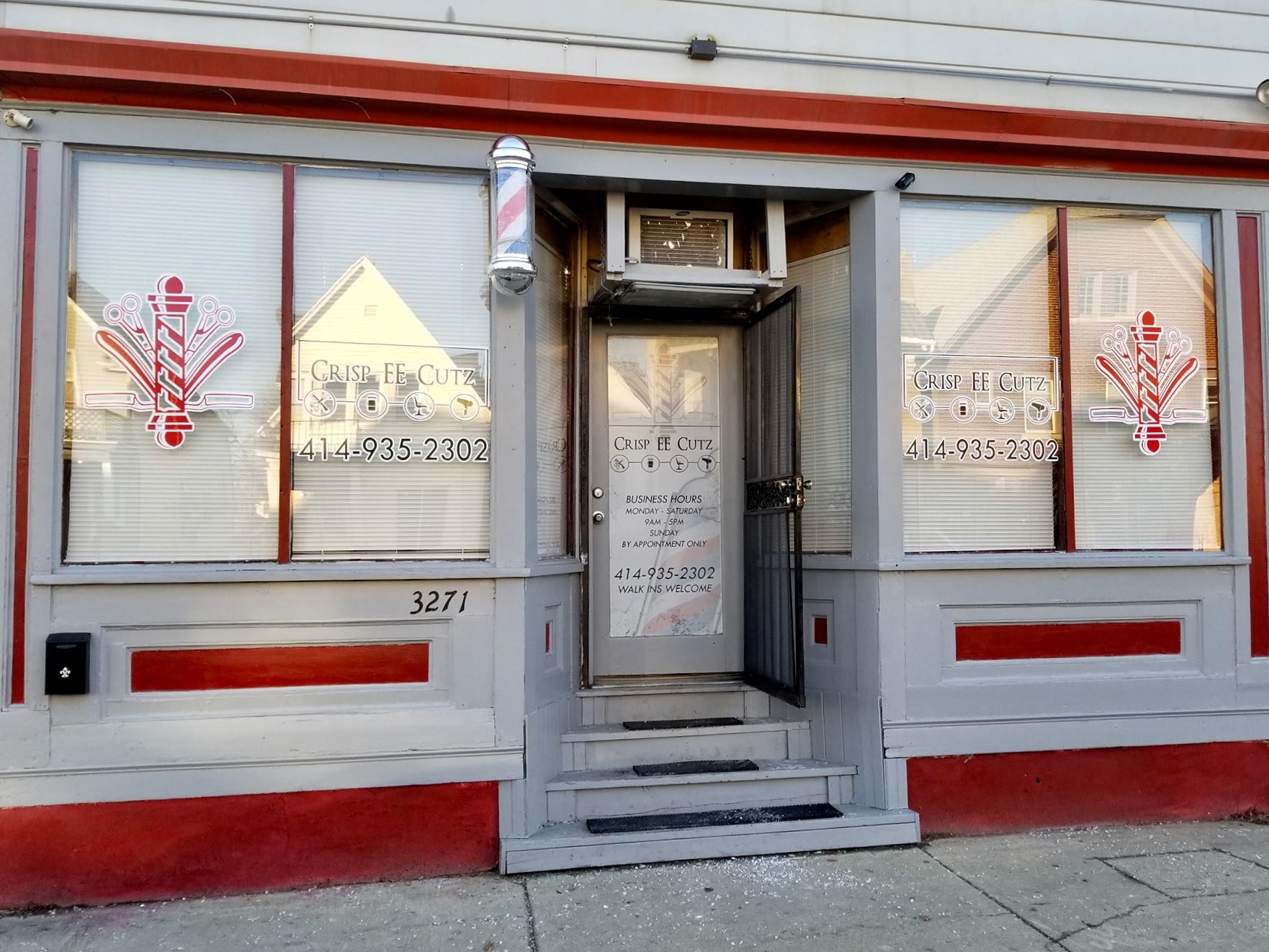 Although he had a good relationship with his mother, Erica Tucker, the same could not be said about the one with his father.

In many ways, he resented his father for not being the male presence he needed. Almost everything he’s learned in life, Tucker-Carter said, he’s learned from the women in his life.

Angella Redd, Tucker-Carter’s former teacher at Thurston Woods elementary school, is one of them.

He considers her his godmom and said their bond began when he was in summer school. Redd said she and Tucker-Carter clicked instantly.

“Elijah has a big personality,” she said. “He was just real, and he would say the same about me.”

Redd offered the support he needed in the classroom and beyond to succeed. She never ceased letting him know how proud she was of him.

He recalled in eighth grade bringing home his report card with a 3.9 GPA. Instead of acknowledging his accomplishments, Tucker-Carter’s father said that if he hadn’t brought him a 3.9, he would’ve been beaten.

When getting good grades became more of a threat than an accomplishment, Tucker-Carter stopped caring. By his freshman year, at Rufus King High School, his GPA had plummeted to a 1.6. Eventually he was kicked off the football team.

Georaldo Rivas, Tucker-Carter’s youth pastor, said the young man’s relationship with his father took its toll. There was a lot of internalized resentment, he said.

“I always told him you can control your actions,” Rivas said. “I tried to be a listening ear for him and be a leaning post.”

Tucker-Carter’s father had been in prison since his son’s freshman year of high school. He was released his senior year and on Valentine’s Day 2014, he and his father got into a fist fight. It was the last straw. For three weeks, Tucker-Carter walked around with a black eye, sleeping on his aunt’s couch and wearing the same clothes to school each day.

After high school graduation, Tucker-Carter was determined to get out from under the same roof as his father.

“Ultimately, I was faced with the decision of whether I wanted to do good or bad, and I chose bad first,” Tucker-Carter said.

Tucker said after the incident, she noticed a change in her son. His motivation changed, and he gained a focus he didn’t have before, she said.

“He was totally motivated to do whatever he could to stay on the right path,” she said.

“Elijah is the kid who learns from his mistakes,” Redd added.

As for Tucker-Carter? He says he’s learned his lesson.