You are here: Home / Home / Carousel / An NNS Valentine’s Day: ‘We never would have met each other if we weren’t in these organizations’: Activism is a common thread for South Side couple
Share this... 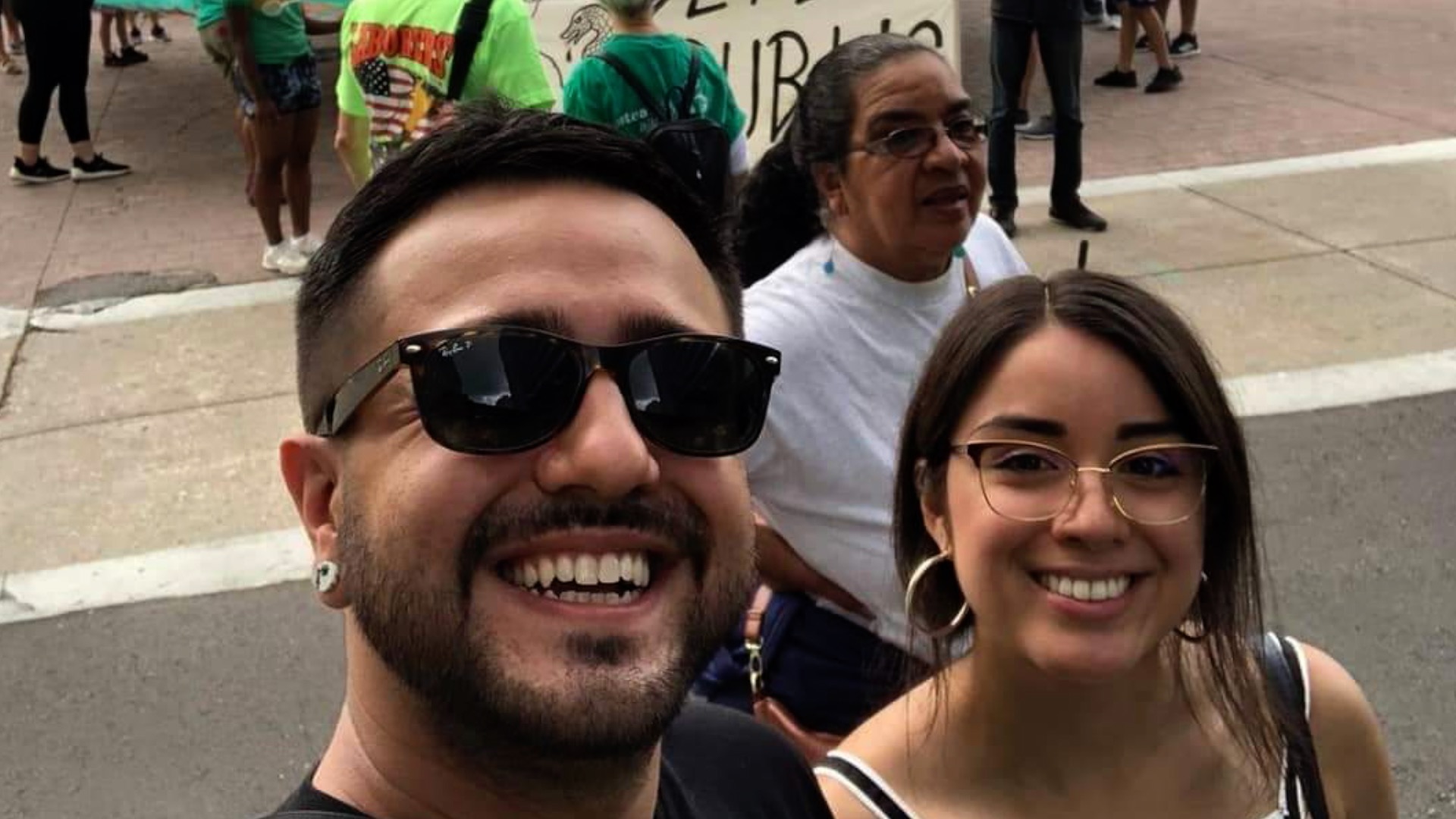 Eric and Kika with teachers at a march in 2019. (Photo provided by Kika Meraz and Eric Kleppe-Montenegro)

True love can flourish in many different ways. A shared passion for social justice, though perhaps not obviously romantic, is one of them.

South siders Kika Meraz and her fiancé, Eric Kleppe-Montenegro, are a case in point.

Kika teaches English as a second language at South Division High School. Eric is a photographer, DJ and filmmaker. They met at an immigrant rights gathering in 2012 and got engaged last year.

Kika’s activism has deep roots. Her father came to the U.S. undocumented at age 16. Hard factory work and the injuries that came with it led him to union organizing. She watched and learned from his example.

“My dad was always super-involved in his union after he became a citizen,” she said. “After suffering abuses in the workplace as an undocumented worker, finding that there is an avenue for labor protections and teaching me that became really important (for him), and then it really became important for me.”

Her father’s example continues to influence her work and her worldview.

“As an ESL teacher, at the heart of our job is advocacy. We have 26 different languages in our school. I have students who came from everywhere and have all different experiences. The community is not built for them; the world is not set up to understand them. If we can … help the rest of the world understand what is going on, and then help influence policy that is more welcoming to immigrants and refugees, that’s an essential part of my job beyond the lesson planning and the delivery of lessons.” 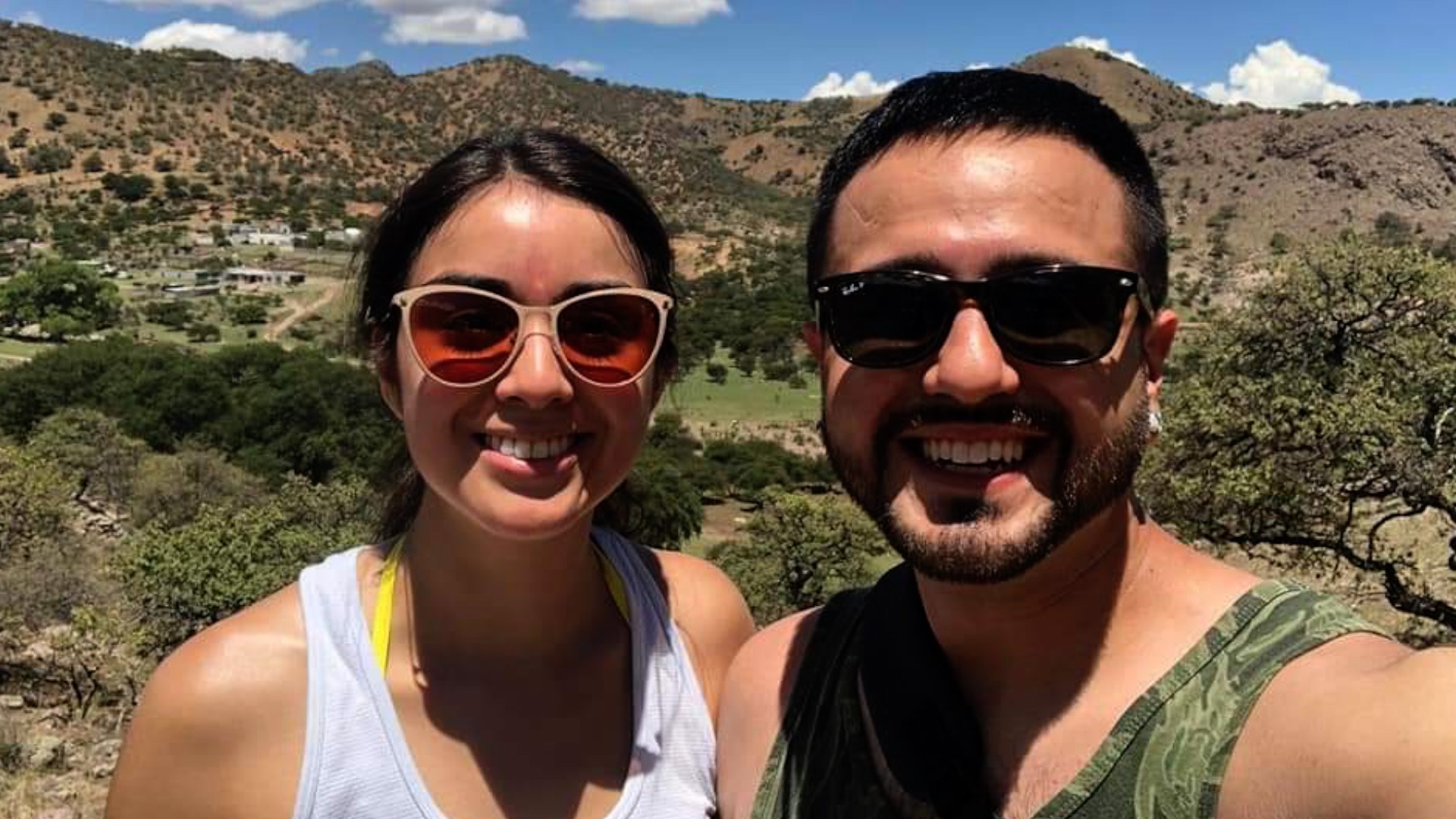 Kika and Eric at the ranch where her father grew up in the Mexican state of Durango. Photo courtesy Kika Meraz and Eric Kleppe-Montenegro)

Eric was born in Tulsa, Oklahoma. His dad is from Texas and his mother is from Colombia.

“So on my mother’s side, I’m the son of an immigrant,” he said. “That’s always been a huge part of what motivates me, to uplift immigrant voices and immigrant stories.”

Eric serves the community by making visual art and teaching those skills to others.

“I like to create nonfiction media which elevates and amplifies the voices of community change makers,” he said. “And I take the knowledge and experiences I’ve acquired, and I like to pass that on to anyone who’s interested in learning how to use art as a hammer instead of just a mirror.”

Eric’s worked with the Coalition for Justice, which grew out of the 2014 police killing of Dontre Hamilton, Youth Empowered in the Struggle, an arm of Voces de la Frontera, and the Young People’s Resistance Committee, a multinational organization that campaigns for the rights of immigrants, students and workers.

“I try to figure out how can we communicate the messages that these organizations are putting on the street, and put that message in someone’s hand or on their screen at home as a way of helping them accomplish those goals that they’ve set out to do,” Eric said.

Their work, done together or separately, was a cornerstone of their relationship from the start.

Eric’s short documentary film, “Somos Millones” (We are Millions) is one example of how the couple’s partnership bears fruit. It follows Kika and her students on a field trip to Madison for International Workers’ Day.

“Kika always has helped serve as a compass for keeping my artistic practice centered around the community, Eric said. “Through her work, I see so many small but important direct things that need to … be promoted and elevated. And it makes me want to make sure that those young folks, and people in the neighborhood, are being treated with as much respect as the voices of those in power.”