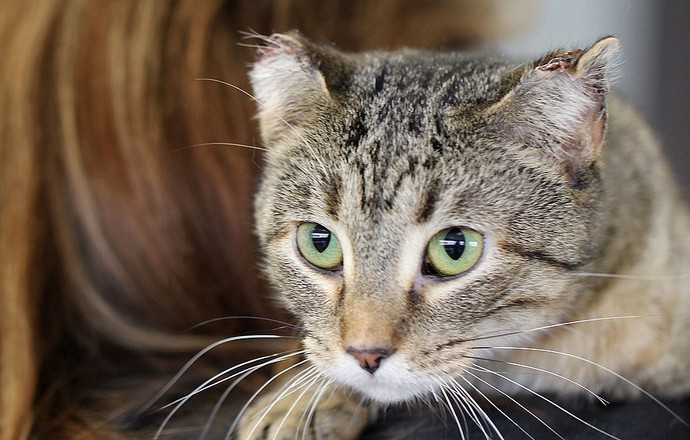 During the entire month of February, the Milwaukee Area Domestic Animal Control Center (MADACC) on Milwaukee’s South Side will be offering free spay and neuter services for cats.

Since opening its doors in 1999, MADACC has provided animal control services, shelter and low-cost, and often free, health care services for thousands of animals in nineteen municipalities. MADACC differs from the Wisconsin Humane Society in that it is the holding center for lost and stray animals rather than those surrendered due to the owner no longer being able to keep their pet.

According to its website, MADACC is an “open-admission facility” that, along with providing shelter for lost pets, cares for sick and injured animals as well as those who may be deemed aggressive. Thus, its services are essential to keeping our communities safe for both humans and non-human animals. Like the Wisconsin Humane Society, MADACC does provide adoption services and has dogs and cats at their facility who are looking for their forever homes. However, despite MADACC’s best efforts, it is completely unrealistic to think that all of these animals will ever leave the shelter. This cold reality is especially true for cats.

According to MADACC’s Volunteer and Community Outreach Coordinator, Kathy Shillinglaw, MADACC took in over 1,900 unwanted cats and kittens in 2019, the majority of them from Milwaukee County. That astounding number is due to the over breeding and unchecked breeding of cats, who, according to the Humane Society of the United States, can begin getting pregnant at five months and can have more than one litter per year which leads to millions of unwanted cats annually. It is obvious that there are not enough homes for all of these cats, so many end up being euthanized or living desperate lives in the alleyways and streets of our cities.

But the question is, with so much human suffering and homelessness in Milwaukee, why should we care about any of this?

I contend that we should care because just perhaps, it all begins there.

By attending to, and caring for the “least of our brothers,” that is, the furry, four-legged kind among us, we are opening our hearts a little bit more to actually caring for one another. Kindness begets kindness. Compassion begets compassion.

There is much research to support the fact that positive interaction with animals yields positive results for humans, while cruelty to animals is a red-flag indicator of psychological maladjustment. The correlation to domestic violence and pet abuse, for example, has garnered more attention and with good reason. In the early 2000s, the American Society for the Prevention of Cruelty to Animals (ASPCA) cited in its Legislative Services report a study conducted by the National Coalition Against Domestic Violence which established that “85.4% of women and 63.0% of children reported incidents of pet abuse after arriving at domestic violence shelters…” and further asserts that violence against animals can be “one of the most visible parts of an entire history of aggressive or antisocial behavior,” and further cautions that, “There is a legitimate fear that the individuals involved in violent acts against animals present a danger to the public that must be addressed.”

And while many might not see how allowing a litter of kittens to be born as cruel and, in fact, I am not suggesting that it rises to the same level of concern mentioned above, one only has to remember that for every litter of kittens born that finds loving homes, there are twenty (or more) other such litters that will not.

And while MADACC does not euthanize animals for lack of space purposes, it is not healthy to have animals caged up for long periods of time. Doing so increases the likelihood of an animal’s contracting a virus or of kittens not being socialized well enough to become a member of some human family, at which point they might need to be euthanized. Also, having an abundance of kittens means other animals that have been waiting may not be adopted. This puts undue stress on the people who work at the shelter and it takes needed resources away from other shelter necessities such as maintenance, management and the updating of the facility.

Therefore, spaying and neutering your cat is really the only healthy, viable option for you, for your cat and for our collective community.

Contrary to what some falsely believe, neutering and spaying does not change an animal’s personality. It will not make them fat and lazy. It is not dangerous, and cats recover quickly from the surgery. Rather, when spayed or neutered, your pet will have less chances of developing cancer, will not go into heat, will not have the urge to wander and will have more of an opportunity to live a longer, healthier life, which is, after all, what anyone who loves their companion animal truly wants, right?

So, with the services for cats being offered free this month – and low cost vaccinations, spay/neuter and vouchers per financial need for all pets throughout the year – by the veterinary professionals at MADACC, there simply is no reason not to take advantage of this valuable resource and in the process, make our world a tiny bit kinder and more compassionate.