You are here: Home / Home / Carousel / From victim to advocate: Natalie Hayden’s triumph over domestic violence
Share this... 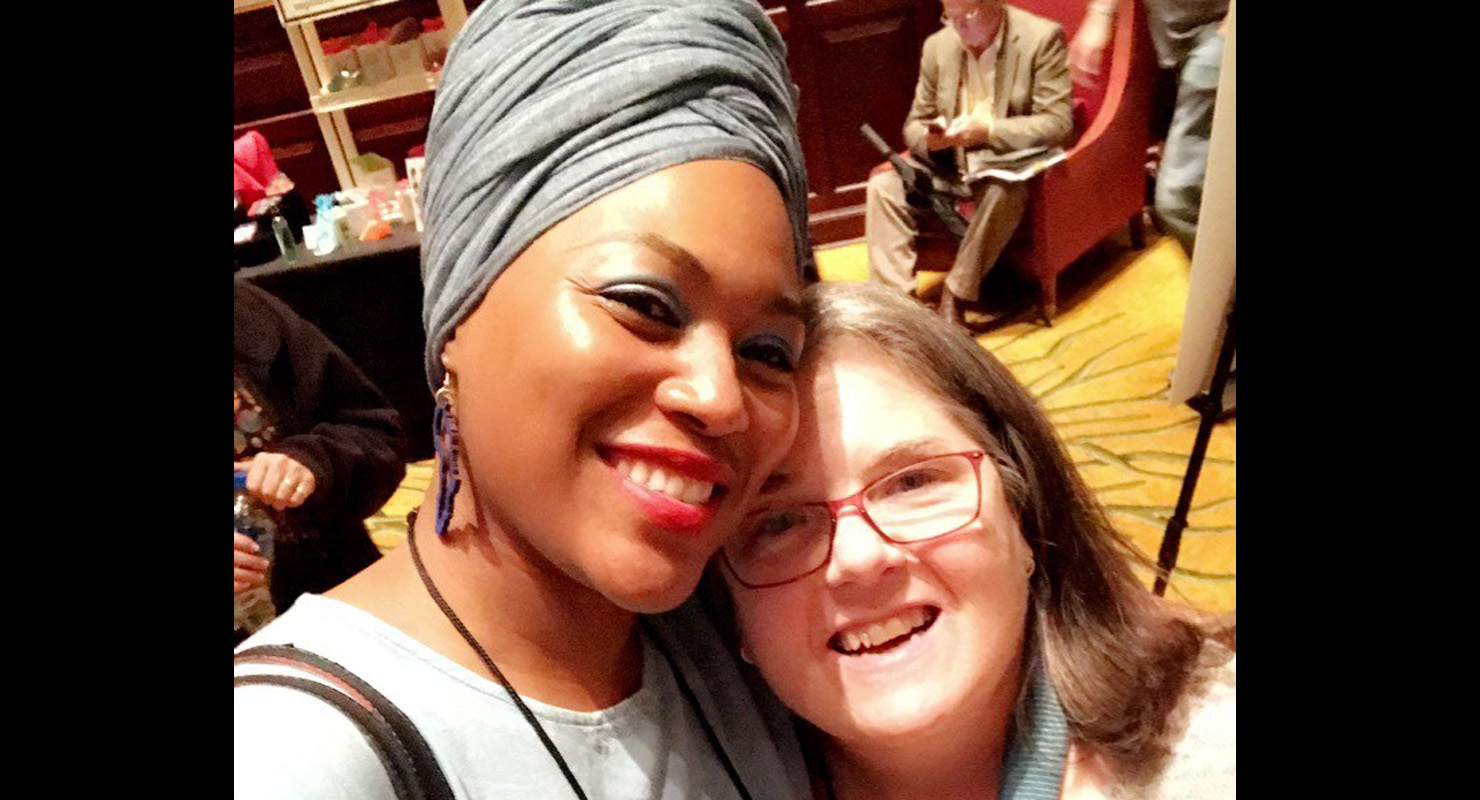 Isolated and physically and mentally abused for nine years by a man she said she thought she’d spend the rest of her life with, she was finally able to break free from her former husband’s grip.

“I cried so hard. Tears of pain and tears of joy,” said Hayden, recalling the day she entered the shelter at Sojourner Family Peace Center in Milwaukee.

She was greeted with a welcome basket that held a box of chocolates and a warm Snuggie. It felt like she was arriving at a hotel, she said. She talks about how seemingly little things, like being able to park in an underground garage, made her feel safe. And how advocates and others at Sojourner formed a cocoon around her, giving her a space to begin to heal.

“Even when I was in the shelter I was free and I was happy.”

Hayden’s experiences carry added significance as the community continues to grapple with the deaths of Amarah “Jerica” Banks, 26, and her daughters Zaniya R. Ivery, 5, and Camaria Banks, 4, who were killed Feb. 8 in what appears to be a case of domestic violence.

‘He was controlling and manipulative’

When Hayden looks back at the years of abuse and wonders why she endured it, she can think of several reasons.

Like many other victims of intimate partner physical violence, a crime that 1 in 3 women and 1 in 4 men have experienced, according to data from the National Coalition Against Domestic Violence, she held onto the romanticized memories of a man who always told her things would be better. Sometimes they were.

She had other reasons, too.

“He was controlling and manipulative and always took shots at my self-esteem,” Hayden said. “My security always felt jeopardized, but I stayed because I didn’t want to be a single mother.”

With her confidence shaken, she didn’t know if  she was strong enough to raise a child alone and worried about being harmed or worse yet killed, or that her daughter could be kidnapped.

“We have to understand how much courage it takes to get out of an abusive relationship,” said Carmen Pitre, executive director of Sojourner Family Peace Center.

When women, such as Hayden, arrive at the center, they are given three messages.

“It’s not your fault, you are not alone, and we are here to help,” Pitre said.

Hayden stayed at Sojourner for eight months, and while she was there, she received free legal support and filed for divorce and custody of her daughter.

There have been setbacks along the way. Her ex-husband went to trial and was acquitted of all charges related to domestic abuse.

“He was let off entirely,” she said.

Kent Lovern, Milwaukee County chief deputy district attorney, said about half of all domestic violence cases in the county that go to trial end in acquittals.

Still, Hayden vowed to move on and not let her disappointment in the justice system deter her from her next goals. And it hasn’t.

Hayden has continued her transition from victim to advocate. She sits on Sojourner Family and Peace Center’s Voices Advisory Board, co-hosts ExPOSED, a podcast that features discussion on domestic violence issues, and serves as the vice chairwoman of the city’s Commission on Domestic Violence and Sexual Assault.

“Being a community advocate and helping others, especially victims of abuse, is my life’s work and my purpose,” said Hayden, whose daughter is now 8 years old.

She speaks to women, who like her, arrive at Sojourner battered, tired or worse. She offers words of advice for women caught in the dangerous cycle of domestic abuse.

“As a woman, you have the power to change your life,” she said.

Self-care and self-love can help victims heal, prevent them from being abused again and help them see a light at the end of the tunnel, Hayden said.

“Life after abuse can be amazing,” said Hayden, as a smile grows across her face.

In case you missed it: ‘Far too common’: Tragedy is latest example of how cases of domestic violence continue to plague Milwaukee

In case you missed it: Places in Milwaukee where you can find help for domestic violence

In case you missed it: ‘This is how I am going to die’: How one domestic abuse survivor lived to tell her story