You are here: Home / Home / Carousel / Nowhere to go: Why Wisconsin’s homeless youth go uncounted and underserved
Share this... 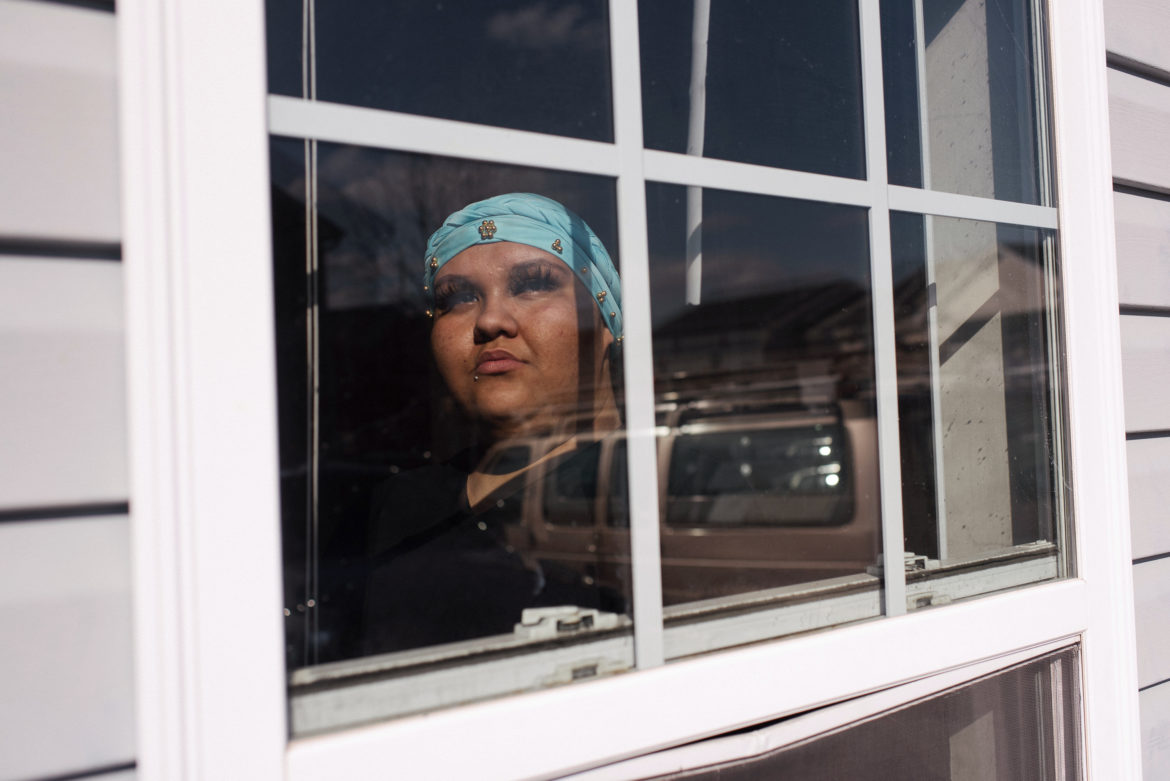 Diana Sanchez, 19, experienced homelessness while she was living in Milwaukee during her senior year of high school. At one point in the school year, she says she was regularly escorted from her school by police after staying too long in the building due to not having anywhere to go. Here, she is photographed at a family friend’s house in Camden, N.J., on Feb. 9, 2020. She now lives in New Jersey with her mother. (Photo by Hannah Yoon for Wisconsin Watch)

That’s how Diana Sanchez, 19, describes the way she felt when she was 17 years old with nowhere to go after being escorted from her school by the police.

Sanchez would start her day at her Milwaukee alternative high school just like any other student. But once classes finished and all her friends had left, she would hang around, talking to teachers and walking the halls until one of the many couches she slept on became available at the homes of extended family or friends.

Once the school’s staff started to leave, Sanchez was told she had to go as well.

Still she would linger  — until her principal would call the police to force her from the building. Sanchez recalls this happening two or three times a month over a three-month stretch.

“Nobody was focused on me having nowhere to go,” she said.

Sanchez’s story is not unusual. Young people’s behavior can be criminalized either because they are facing homelessness, or youth can become homeless because they have been incarcerated, said Claudine O’Leary, a community educator, youth advocate and independent consultant. And for a variety of reasons, some young people don’t report that they are homeless. This leaves them in vulnerable positions — undetected by institutions that offer shelter, food and other services. 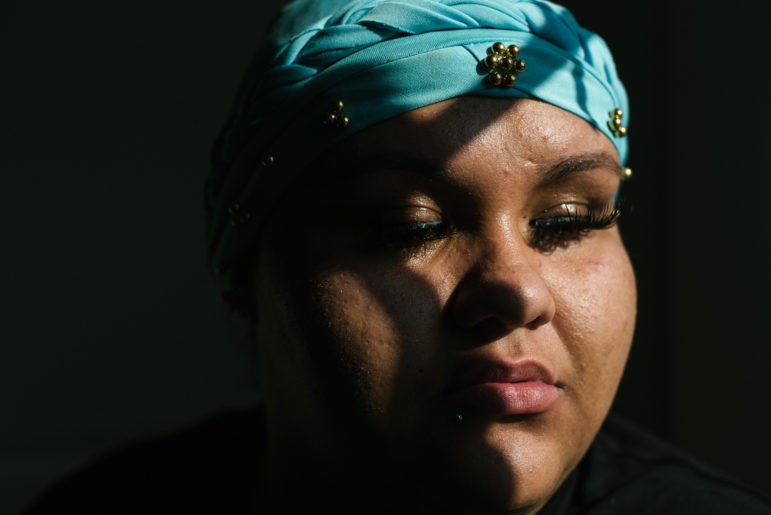 Diana Sanchez, 19, was homeless for a stretch of her senior year of high school in Milwaukee. After school, she often had to wait for a couch to become available at the home of extended family or friends. She was photographed in February in Camden, N.J., where she now lives. (Photo by Hannah Yoon for Wisconsin Watch)

Nearly 22,000 people in 2017 received shelter and services from Wisconsin agencies that collect and report such data, according to a report by the Wisconsin Interagency Council on Homelessness, a body the Legislature created in 2017. That included almost 500 unaccompanied youths aged 17 and younger.

But Wisconsin’s true number of homeless youth is likely higher, due to barriers that dissuade them from reporting their status, experts say.

Milwaukee Public Schools alone serves as many as 5,000 students each year in its homeless education program — including those who are staying in shelters, awaiting foster care placement or living doubled-up with another family.

Experts call the bill a good first step but say more is needed to solve the problem.

‘We can’t track what’s not reported’

Sanchez’s final stretch of high school, from 2018 to 2019, proved particularly tumultuous, she recalled. She said her mother lived in New Jersey and, “overwhelmed” with family issues, couldn’t take care of her. Sanchez’s grandmother briefly had custody before dying, and even that relationship proved contentious. Sanchez hopped from an aunt’s home to an uncle’s — feeling unwelcome in both and looking for other options.

Sanchez looked for shelters in Milwaukee, she said, but struggled to find services allowing her to stay for more than a night. Some options targeted only pregnant women. So she started couch surfing with folks outside of her family, leaving her beholden to other people’s schedules. 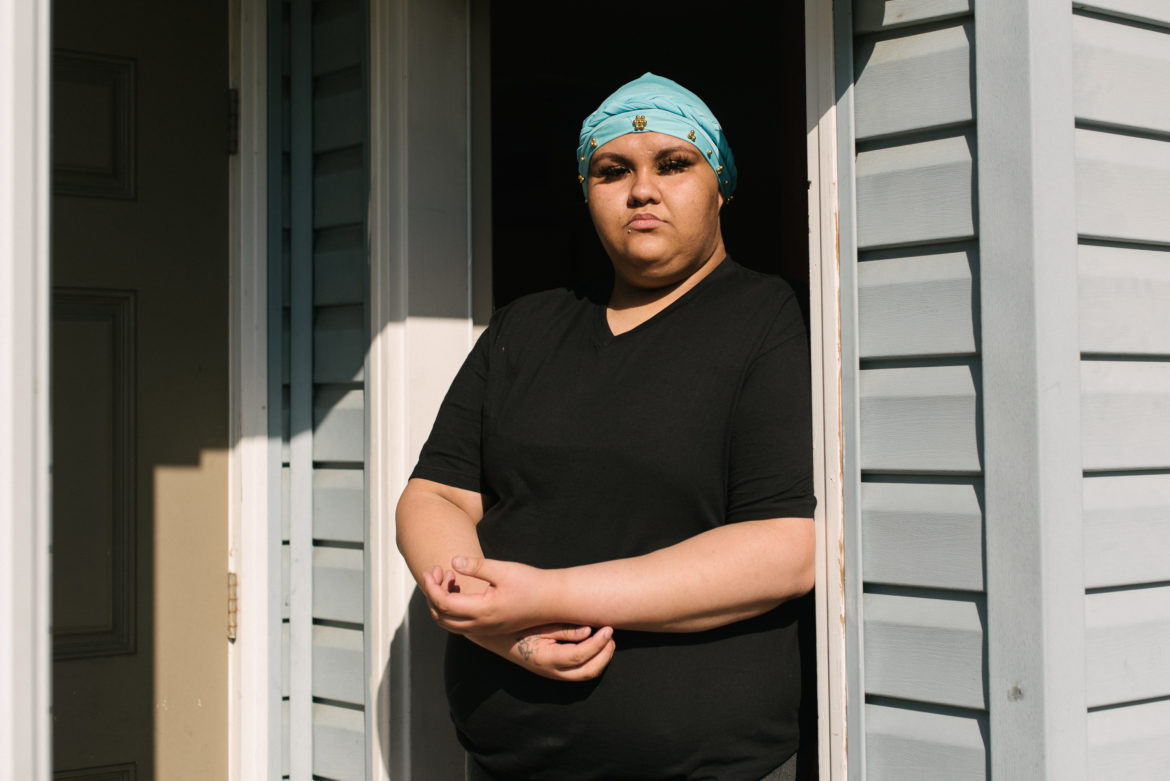 Diana Sanchez, 19, struggled to find a place to sleep while homeless during her senior year of high school in Milwaukee. She says she looked for shelters in Milwaukee but could not find services that allowed her to stay for more than a night. She is seen here in Camden, N.J., where she now lives. (Photo by Hannah Yoon for Wisconsin Watch)

Many options for Milwaukee’s vulnerable youth house people involuntarily. They include group homes and detention centers where authorities place youths who get into trouble. That reinforces a stigma around homelessness that prevents some youths from telling anyone about their challenges, youth advocates say.

“Most youth don’t want to be found because there are so many implications to being found. They could end up in a group home. They could get wrapped up in the system, or they could end up in the same unsafe space that they ran away from,” said Audra O’Connell, executive director of Walker’s Point Youth and Family Center, a nonprofit that provides services to young people who are runaways, homeless or face other obstacles.

That leads authorities to undercount homeless youth, limiting resources to serve them. 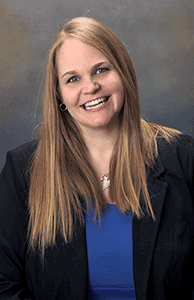 Audra O’Connell is the executive director of Walker’s Point Youth and Family Center, a nonprofit that provides services to young people who are runaways, homeless or face other obstacles. “Most youth don’t want to be found because there are so many implications to being found,” she said. (Courtesy of Audra O’Connell)

“Because so many of our youth don’t report homelessness, there is no funding out there for them. We can’t track what’s not reported,” said Sharlen Moore, co-founder of Youth Justice Milwaukee, which advocates for restorative justice programs as an alternative to youth prisons.

Sanchez avoided being swallowed by the criminal justice system. Though she dealt with the police escorts from her school, those brushes with authority didn’t escalate. But experts say homelessness can put young people on a more precarious path.

Something as small as having a fight in school can lead a minor to be assigned a caseworker or even entered into the court system, said O’Leary, the youth advocate in Milwaukee. Not having a guardian can make matters worse.

“If you have a parent, they can come and advocate for you, and you may just get a ticket,” she added. “But if you are not staying at home, they consider you a greater risk factor, and they send you to court.”

Some young people, meanwhile, break the law on purpose just to find a place to sleep, said DeShanda Williams, director of homeless and runaway services at Pathfinders Milwaukee, which offers services for youths in crisis.

But many who enter the criminal justice system struggle to escape its grip. One in three youths released from detention committed a new offense within the next year, according to a 2014 Department of Corrections report.

Milwaukee offers drop-in shelters, group counseling, health services and housing resources to young people, but many are geared at specific demographics — those who are pregnant, have a criminal record or are a victim of sex trafficking, for instance. 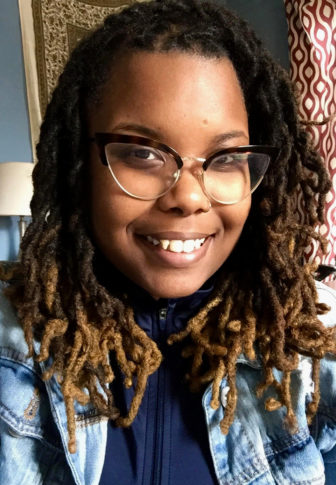 DeShanda Williams is the director of homeless and runaway services at Pathfinders Milwaukee, which offers services for youths in crisis. She says that the city’s resources are often targeted at specific populations — like pregnant teens — which can leave other youths without reliable shelter. (Courtesy of DeShanda Williams)

“The problem isn’t necessarily that the city doesn’t have resources, because we do,” Williams said. “The problem is that most of these organizations work on grants, and these grants are meant to target certain groups, and the youth don’t always fit into those groups.”

The Wisconsin Legislature last year sought to ease one restriction. Act 22, introduced by 19 bipartisan Assembly lawmakers, allows unaccompanied 17-year-olds to enter shelters or transitional living programs — even if they are not already being supervised by a social service agency.

“No kid should have to worry about where they are going to sleep at night, but the reality is that there are thousands of homeless and unaccompanied kids across our state,” Evers, a Democrat, said in a statement when signing the bill into law.

O’Leary called the bill a positive step in helping homeless youth, but said larger systemic changes are needed — such as larger investment in more transitional living programs. Such programs house young people for longer periods of time and connect them with services to find more permanent options.

In its 2017 report, the Wisconsin Interagency Council on Homelessness recommended that the state consider ways to expand access to “host homes” — in which families would volunteer to house young people for various lengths of time. “Typically, a community network works with a service provider to recruit hosts, train host families, provide case management to youth, and connect the youth” to services through a local school district, the report said.

Such programs differ from foster care, because the youths also participate voluntarily.

The La Crosse-based Family and Children’s Center, a regional nonprofit, runs a host homes program that serves some of the roughly 200 reported homeless teens in La Crosse. “The program aims to prepare youth to leave the program and be ready for an independent living situation and be able to fully participate in the community,” the nonprofit said in its 2018 annual report.

Sanchez wishes she had access to that type of program during her years in Milwaukee. After graduating from high school, she scraped together money for a plane ticket to New Jersey, where she found a job at the clothing company, FILA, and lives with her mother. The situation isn’t perfect, but it’s much more stable than her recent years in Milwaukee, Sanchez said.

“You get to a place where you’re going through so much,” she said. “You aren’t afraid to beg anymore. Some nights are just so cold.”

A version of this story was originally published by NNS and this version with expanded reporting was produced by Wisconsin Watch.