You are here: Home / Posts from Community / Post from Community: Legacy Redevelopment Corp. names new president and board chair
Share this... 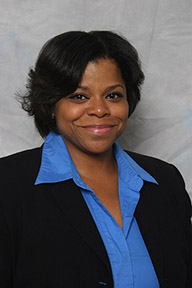 Legacy Redevelopment Corporation (LRC), a U.S. Treasury-certified Community Development Financial Institution (CDFI) that provides strategic lending solutions to Milwaukee’s underserved markets, has named Terese Caro, MBA, its new president. Caro joined the LRC team in July 2016, bringing years of commercial lending expertise to her roles as vice president and chief lending officer. As president, Caro replaces José A. Mantilla who will remain on as a senior advisor through the end of the year. LRC also named Richard Lincoln as its newly elected board chair.

“On behalf of the LRC board of directors, I congratulate Terese and look forward to watching her continue to drive our organization forward,” Lincoln noted. “In her years with LRC, Terese has consistently proven herself to be an exceptional leader who embodies the LRC mission to foster financial independence, sustain growth, and revitalize communities.” He continued, “Terese has a true passion to provide Milwaukee’s small businesses with the capital they need to open their doors and grow, along with the education, tools, and development needed to ensure long-term success.”

Caro has spent nearly 30 years in banking and finance, managing a diverse portfolio valued at over $500 million in loans and assets. As LRC’s vice president, she oversaw a $10.9 million loan portfolio consisting of small business, new construction/rehab and commercial/retail real estate loans. In addition, she has been instrumental in forging local partnerships to pursue opportunity zone redevelopment projects.

“We also owe a debt of gratitude to José for his insightful leadership and are thankful that he will remain on as an advisor through 2020 to ensure a seamless transition,” Lincoln said. “Since joining LRC as president and CEO in 2016, José has led significant developments for our organization and for Milwaukee as a whole, including a revitalized organizational focus on new construction and acquisition rehab.”

A long-term LRC board member, Lincoln brings over 50 years of public and private sector experience to his new leadership role, having played the lead role in the construction or rehabilitation of more than 3,000 multi-family housing units and over 1.5 million square feet of office and retail space in Wisconsin, Illinois and Minnesota. He retired as senior vice president of Mandel Group, Inc. in 2015 and remains professionally active as a development and finance consultant to a variety of regional real estate development initiatives. Lincoln assumed the board chair role from Troy Reese, president of T.L. Reese Construction.

Since 2003, LRC has provided hundreds of loans valued at over $18 million and created or retained thousands of jobs. Learn more at lrcmke.com.