You are here: Home / Home / Carousel / What you need to know to cast your vote in Milwaukee for the April 7 spring election
Share this... 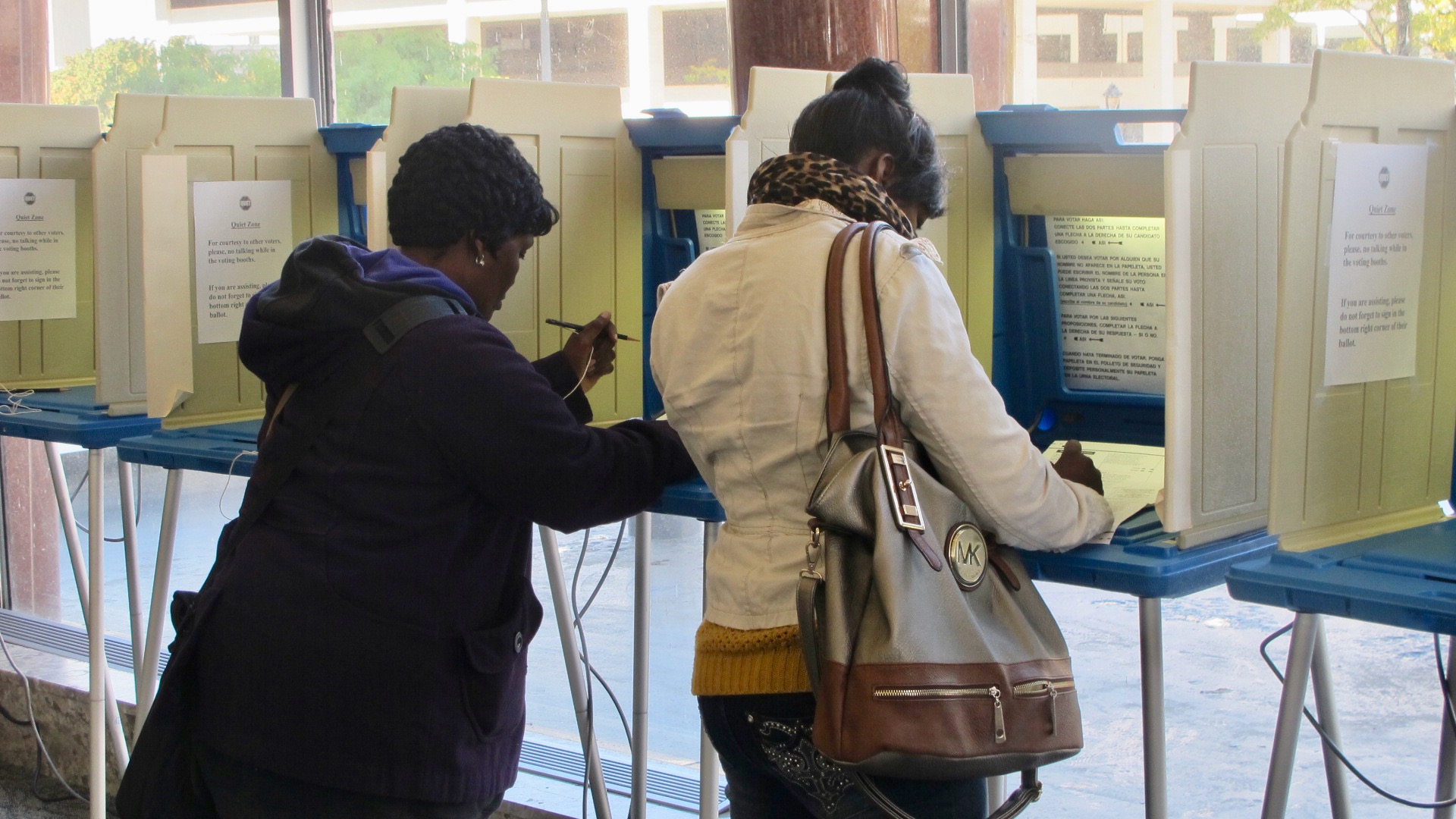 Although many polling stations will be closed on April 7, you can still vote at a center. (File photo by Andrea Waxman)

Editor’s note: This story has been updated to include new information on absentee voting.

Despite the COVID-19 outbreak and pending lawsuits to postpone it, the April 7 spring election is still on the books, although voting will look much different than before.

Instead of in-person voting operations at 180 sites, a shortage of election workers and COVID-19 safety concerns have led to the creation of Milwaukee voting centers, said Neil Albrecht, executive director of the Milwaukee Election Commission

Albrecht said the locations of the sites have not been finalized but said there would be around 10 centers established by consolidating current voting sites. The city will not offer transportation to voting centers on election day, he added.

If you’re registering to vote at a voting center on April 7, and the address on your ID does not match your current ones, you’ll need to bring a separate proof of address. Acceptable forms of proof of address include a paycheck, bank statement or a utility bill that shows your complete name and current residence. Not just any piece of mail is considered an acceptable proof of address, Albrecht said. Click here for more examples.

You’ll also need a photo ID that meets the state’s requirement to register on Tuesday. Those include Wisconsin Department of Transportation-issued driver’s licenses, Wisconsin state IDs, military ID cards, a U.S. passport or a certificate of naturalization that was issued no more than two years from the date of the election. For a full list of acceptable IDs, click here.

What else do I need to know?

As part of the city’s “Vote Safe Milwaukee” campaign, many changes have been made to limit the risk of COVID-19 exposure for election workers and voters. Those changes included an extension of online voter registration, which ended Tuesday. A new voter registration was needed if you had a change of address, changed your name or if you had not voted in four years. You can still register to vote by visiting a drive-up or drop-off location (more on that below) or at a polling place on April 7.

You have several options to submit your absentee ballot or register to vote before April 7. You can drop off your ballot or register at one of four drop-off sites established at Milwaukee Public Library branches (see list below) or use the early voting drive-up option at the Frank P. Zeidler Municipal Building, 841 N. Broadway Ave. The drive- up option at Zeidler is open from 8 a.m. to 5 p.m. Monday through Friday and will be in operation from 10 a.m. to 3 p.m. this weekend. Drive-up voting at Zeidler ends Sunday. The drop-off sites at the four Milwaukee Public Library branches are open daily from 8 a.m. to 1 p.m. through April 7. Ballots can also be returned via mail, although they must be received by election day.

As of Tuesday, the city had issued nearly 70,000 absentee ballots and was receiving 5,000 to 6,000 requests daily, Albrecht said. He estimated that the city would receive from 95,000 to 105,000 absentee ballots for the spring election, an unprecedented amount for Milwaukee. Albrecht said Tuesday that it is likely that the election commission will still be processing absentee votes two days after the election.

For more on the election, check out this Bridge the City podcast.