You are here: Home / Home / Carousel / Concerns of disenfranchisement intensify as black and brown voters weigh voting during the coronavirus
Share this... 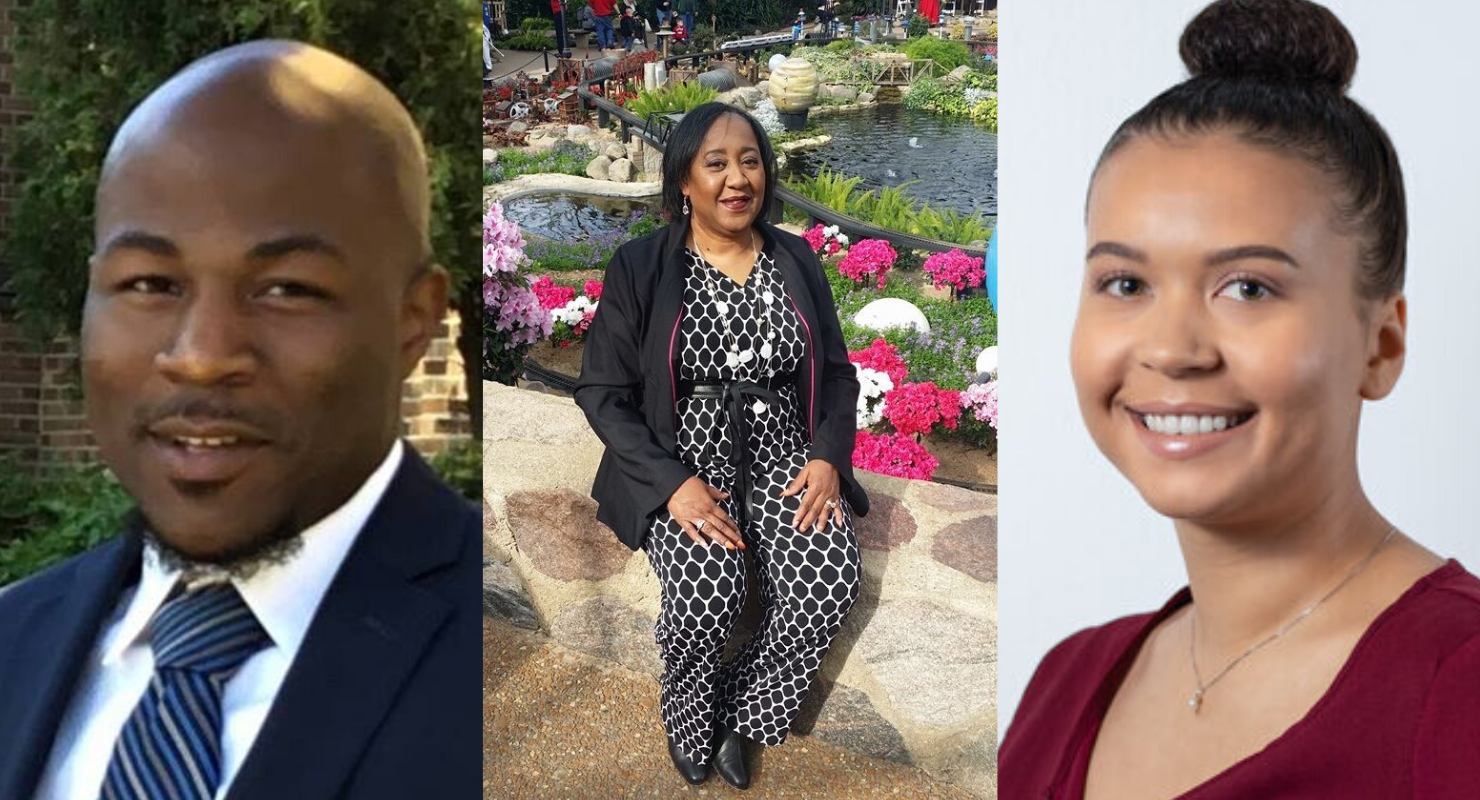 Editor’s note: This story has been updated to include news of  the Wisconsin Supreme Court overturning Gov. Tony Evers’ order to halt in-person voting Tuesday.

Paula Durrell has voted in every election since she was 18.

But she will not be casting a ballot Tuesday in order to protect herself from the coronavirus.

The retired 64-year-old breast cancer survivor said she is strictly following Gov. Tony Evers’ “Safer at Home” order and has no plan to break the rules for the spring election.

On Monday, the day before the scheduled election, Evers issued an emergency executive order pushing in-person voting for Wisconsin’s spring primary back to June 9, and he called the legislature into another special session.

Republican lawmakers in Madison, however, rejected the governor’s order and took the case to the Wisconsin Supreme Court, which reinstated in-person voting for Tuesday.

This ballot box drama adds to the anxiety levels of voters like Durrell who worry about risking their health to head to the polls during the COVID-19 pandemic.

In Milwaukee, for example, the usual 180 polling sites had been reduced to just five voting centers due to an extreme shortage of poll workers, raising concerns that residents could risk exposure to the coronavirus.

“I am a faithful voter for everything. Voting is very important to me,” Durrell said. “But it’s not number one right now under the conditions that we’re living in.” 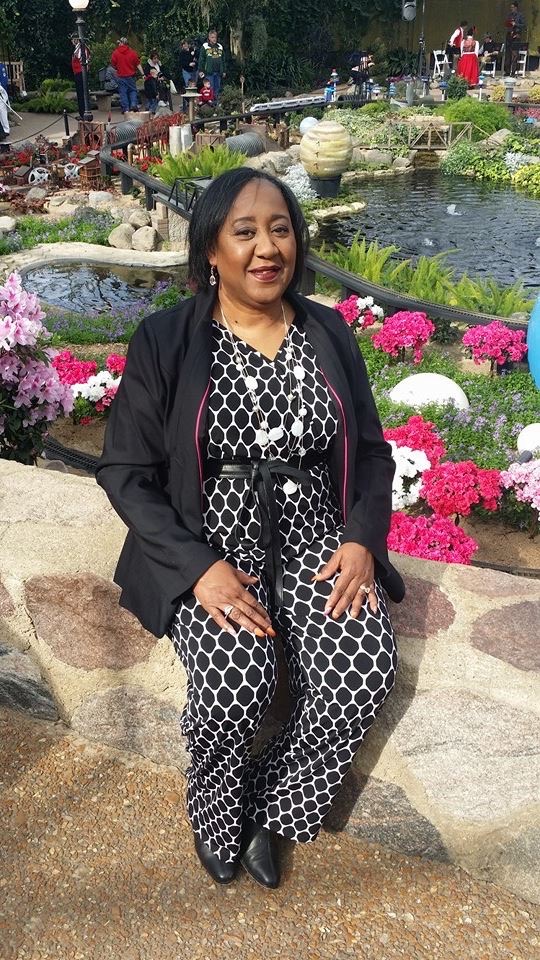 Durrell said she personally knows three people in Milwaukee who have died from the COVID-19 disease, including two from her church in Washington Heights. She has asthma and diabetes, which puts her in a high-risk category for the coronavirus. She doesn’t want to take any chances.

“It’s really hitting close to home for me, and it feels like our leaders are not even concerned about the number of people who are dying,” Durrell said. “It’s a shame.”

As of Sunday night, Milwaukee County has 1,190 cases of coronavirus, and 39 people have died.

In order to vote without leaving her home, Durrell, who described herself as “old school,”  would have had to request an absentee ballot before the extended deadline, which was Friday.

She said she doesn’t own a computer, has never voted absentee and doesn’t know how to.

“I’m really feeling neglected that I’m not going to be out there to voice my opinion or to vote,” Durrell said.

“I’m an African American, and we didn’t always have the opportunity to vote, the right to speak, or to have a right to make some kind of decision, and that’s very important to me to let my thoughts be heard.”

Her decision is one that thousands of other Milwaukee residents will face leading up to Tuesday.

In addition to the presidential primary, Milwaukee’s next mayor, county executive, city comptroller, city attorney, state supreme court justice and other local offices, as well as a major referendum for the city’s public schools, are all on the ballot.

Evers held a special legislative session on Saturday in an attempt to push the election back, but it adjourned after a mere 17 seconds with no resolution. Only one Republican legislator showed up to the session.

With no action from the state legislature or the governor, the latest rules for the election come from U.S. District Court Judge William Conley. That means the timeline to return absentee ballots has extended to April 13, but you can no longer request a ballot.

Early voting continued over the weekend at the drive-thru polling site downtown, but all other early voting sites were shut down on March 22.

As of now, anyone in Milwaukee who is not already registered to vote will have to vote in person to exercise their right to same-day registration.

Mayor Tom Barrett has joined a list of mayors across the state calling for a cancelation of in-person voting, and County Executive Chris Abele has called for the election to be delayed.

Local advocates are concerned that the last-minute adjustments made to Wisconsin’s voting process were too little, and too late, and that they will disenfranchise large numbers of black and brown voters in Milwaukee’s central city. 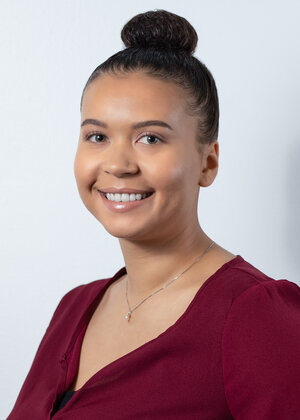 “That decision to not do something, in all of these weeks that we knew this would be a crisis, was a decision too, to leave our most vulnerable behind and to disenfranchise these voters,” said Maya Neal, political strategy director for Leaders Igniting Transformation, or LIT, a youth-focused civic engagement and advocacy organization.

The first time Evers proposed postponing the election was on Friday. Before that, he had suggested measures such as making the election completely by mail and sending every registered voter an absentee ballot.

LIT, alongside organizations including the African American Roundtable and Black Leaders Organizing for Communities, or BLOC, have been petitioning for the election to be postponed since March 17.

“These black and brown voices have been telling our leaders to figure out how to do this in a just and equitable way for weeks, and to just act now this weekend is irresponsible,” Neal said. “As black and brown folks in Milwaukee, we’re used to that. Not being listened to, not having our votes or our health count and be cared about.”

LIT has switched its outreach strategy to contact voters through texting, and its organizers have focused their efforts on helping people get an absentee ballot and make sure to return it so that they still have access to their vote.

But despite their efforts, Neal said that her team is worried about people having all the information they need because of the changes.

“Now we’re in this situation where folks are unsure, they did not have time to adjust to the changes, and leadership is not doing anything about it,” she said. “Nobody should be force to choose between staying safe and healthy and exercising their right to vote, which is kind of what we’re asking right now.”

Kevin Morris, a researcher for the Democracy Program at the Brennan Center for Justice, echoed Neal’s concerns.

“By trying to shift the primary vote mode so quickly and so dramatically without giving time for voters to understand the changes, you’re disproportionately benefiting the voters who have access to that information, which are often more-educated, higher-income voters,” he said.

“The main concerns are that leaders in Wisconsin are shuttering so many polling places and have not loosened absentee voting requirements enough to make sure that all voters will have equitable access to the ballot box.”

Neil Albrecht, executive director of the Milwaukee Election Commission, told the Journal Sentinel that he estimates 40,000 to 50,000 people could show up to the polls to vote on Tuesday.

Grassroots leaders in Milwaukee have said that the adjustments to the election have not gone far enough, will disproportionately impact voter turnout in Milwaukee neighborhoods, and will put residents’ health and safety at risk.

“The failure to postpone the election is a massive piece of voter suppression,” said Jack Norman, communications director for the advocacy organization Voces de la Frontera. “However much we want people to vote, we can’t go against the public health necessity and urge people to vote in person.” 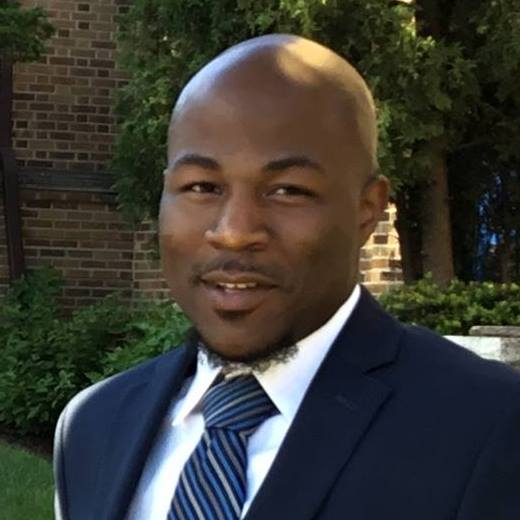 Rick Banks, the political director for BLOC, said that organizers have made tens of thousands of calls to black Milwaukee voters about how to vote early or absentee, but that they’ve faced challenges trying to do political work during a pandemic.

“People are going through a lot,” he said. “So we’ve been doing what we can to help people meet their material needs and also making sure people are staying educated on what’s happening.”

He said that many of the voters BLOC engages with are more likely to be essential workers on the frontlines of the crisis and unable to work from home, less likely to own a car and still rely on the bus, and are part of communities that have over time lacked access to health opportunities, which puts them at higher risk of being harmed by the virus.

“With the health disparities in Milwaukee, compounded with the political inequities and the economic inequities, it’s really a burden for the black community right now,” Banks said.

Outlets including ProPublica and the Journal Sentinel have recently published stories about the virus’s disproportionate impact on black residents in Milwaukee, who make up 46% of Milwaukee County’s coronavirus cases but only 26% of the county’s population.

“If you want to be able to participate in democracy and use your civil rights, we have to risk our lives in order to do so,” Banks said.

Other local leaders were also concerned about the racial inequities of the election, including state senator and mayoral candidate Lena Taylor and community activist and aldermanic candidate Tory Lowe who filed a lawsuit against the Milwaukee Election Commission and Wisconsin Elections Commission.

The suit claimed that the suspension of early voting disenfranchised voters in Milwaukee’s 53206 ZIP code, which is 94% black, and that many of those voters couldn’t request an absentee ballot online because libraries are closed. The suit was dismissed by a federal judge on Sunday.

Ray Nitti, a community activist who helped organize a parade to the polls event on Sunday for the last day of drive-thru early voting, said he’s trying to remind people that the election is an opportunity.

“With us having such an important election, it is vital that we find ways to make sure that our vote is not neutralized, watered down or weakened by any of the measures that have taken place,” he said. “Black and brown people have been represented in the categories of everything worse in the city of Milwaukee, and it’s time for us to take this into our own hands and put people in office who will fight for us.”

“It’s like a double-edged sword. You want people to vote, but you don’t want them to risk contracting the virus,” he said. “Our leaders really dropped the ball on this.”

Voting during the pandemic webinar