You are here: Home / Community Voices / OPINION: South Korea can teach the U.S. lessons in how to contain the coronavirus
Share this... 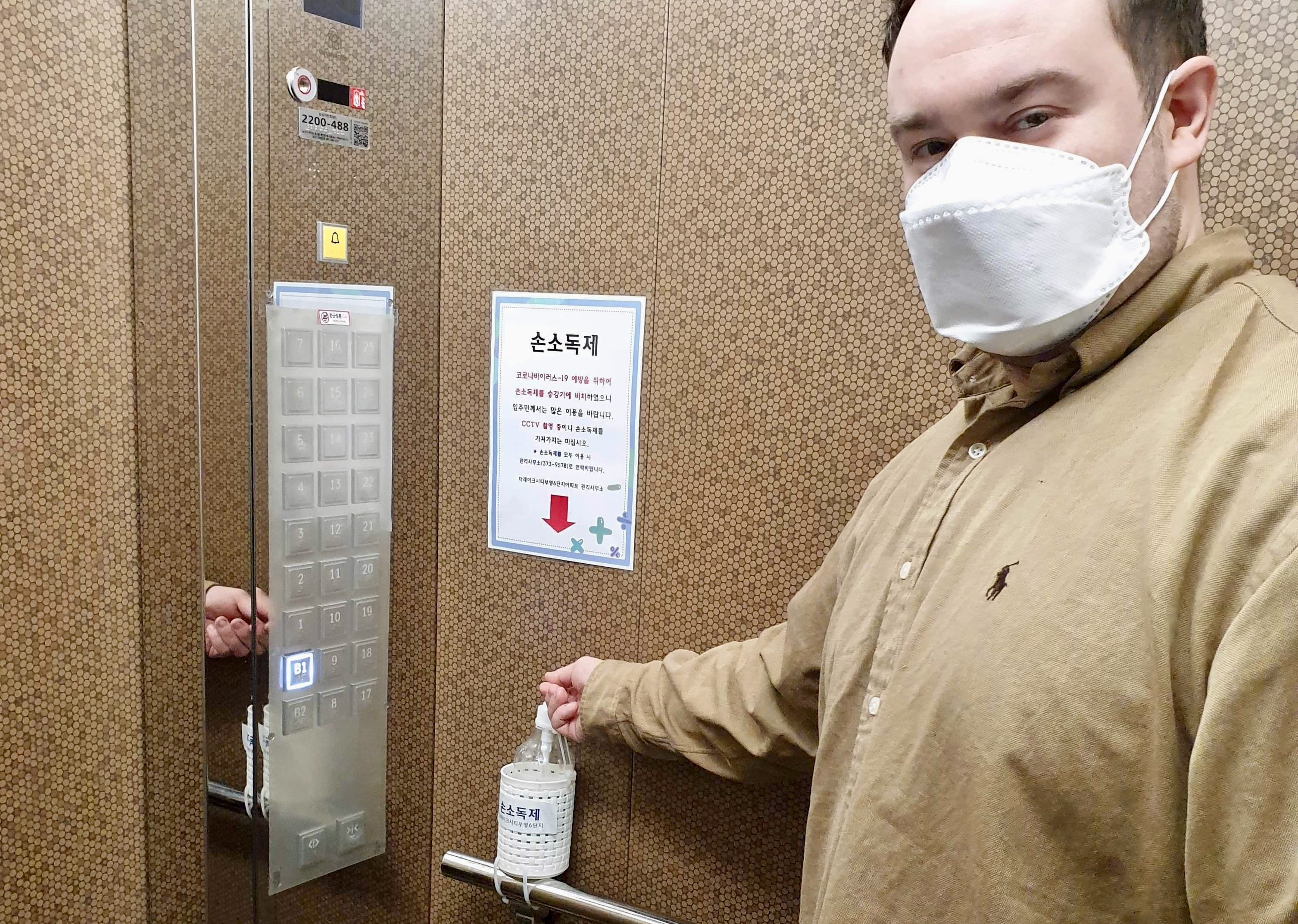 Growing up in West Allis, I never met anyone wearing a mask besides a firefighter or an asbestos remover. I was first introduced to a clinical mask on a routine visit to my university health clinic. I thought it was ridiculous because I was already sick and couldn’t’t possibly get any sicker. I took it off and shook my head. The doctor then added a gentle, “No, no, no… the mask is important for us doctors trying to help the sick students.”

She slowly took her latex-gloved hands and repositioned the mask on my face. At that instance, I realized masks aren’t only used by workers in hazardous environments, but also to prevent others from becoming ill. I felt a sense of shame and selfishness.

I first arrived in Korea teaching English to businessmen. I was teaching a CEO that was wearing a three-piece suit, tie and, yes, a mask. I asked him, “Why are you wearing a mask? Maybe it’s not necessary because the pollution particles are so small, and I think you are strong enough to withstand any illness!” I thought my comments would be a compliment to the older man’s resilience.

He stared at me for a while trying to gather his thoughts and said, “In Asia, we wear masks because we don’t want to get others sick. If we cough and are not wearing a mask, the person next to us becomes uncomfortable and we may infect them. Also, I am wearing a special mask. I am wearing what is called an N95 respirator that can block out very fine particles which includes most pollutants.”

My comment didn’t lead to any camaraderie with my student. Instead, it made me look ignorant.

I then traveled to Japan and noticed many wearing masks and knew right away they were ill, so I gave them some space. During the 2015 MERs epidemic in Korea, many Koreans began wearing masks again. The Western English teachers thought it was ridiculous. One of my co-workers even put on a mask and we laughed, exclaiming that he looked like a surgeon.

Within a week of the current pandemic, the Korean government pushed mask manufacturers to produce 50 million masks! The mask shortage only lasted for a few days. We are allowed two masks per week and our information is stored in a government database to prevent hoarding. Additionally, only people born in certain years are allowed to purchase a mask on a given day.

I mention the mask, in part, because I believe it’s a byproduct of Eastern philosophy. Korea as well as other Asian countries are collective societies, with the success of the group praised higher than the success of an individual. Even though I’ve witnessed Korean society to be ultra-competitive and occasionally unforgiving, citizens still care about the health and prosperity of the community.

In the West, we are more individualistic, so we only wear a mask to benefit ourselves and our older relatives. I began to realize this when people on social media touted, “The mask won’t protect me so I’m not wearing one!”

Another aspect is hygiene. The citizens of many Asian countries take extreme pride in excessive cleanliness. In fact, It’s not uncommon for a Korean guest to arrive at your house and begin cleaning for you. This is their sign of showing love. If they are close friends with you, they might start doing your dishes and mopping your floor. Many of my Korean friends in America, both male and female, do this upon entering my apartment.

During the epidemic you will see Korean workers cleaning their shops with antiviral chemicals. They sanitize all railings and all shopping carts nonstop. To enter a government building a man will take your temperature, hand you a mask, and issue hand sanitizer. I usually see two hand sanitizers per desk or a 32 oz. bottle of sanitizer! If you fail to wear the mask, have a fever and don’t sanitize your hands, you cannot enter. There is an antiviral plastic coating that can be applied to frequently touched surfaces.

Korea is very densely populated in comparison to Wisconsin. Wisconsin has a population of 5.8 million and Korea has a population of 51.5 million. In fact, Korea is 49.82 times more densely populated than Wisconsin! With these circumstances, social distancing is quite difficult, maybe even impossible, so Korea has compensated by using proper hygiene. This is a testament that hygiene may be more effective than social distancing.

Another factor playing into the effectiveness of their response — Koreans love to do things quickly. I don’t think anyone, including Koreans, know why this is. However, Koreans are always yelling, “Bahli, bahli!” to one another on the streets. This is the first Korean word I learned due to its prevalence. It means, “Hurry, hurry!”

This mentality was crucial in the development of a way to test for the virus. The Korean company, Seegene, used artificial intelligence to develop an accurate coronavirus testing kit before the virus arrived in Korea! The epicenter of the virus, Daegu, didn’t lock down. Instead, they began extensive testing around the clock. Seegene sent several thousand kits to Daegu. Those who tested positive were immediately treated in isolation. When the hospitals reached capacity, they successfully transported the patients to a hospital in another city. Those who tested positive were never released back into the general population. Accommodations were made.

Shops did not close in Daegu. As a matter of fact, coffee shop employees would greet you with a happy phrase upon entering. Korea eventually developed drive-through testing across the country. These tests were free and available to all who needed it. Currently, there are fifteen Korean pharmaceutical companies trying to develop a vaccine! Don’t be surprised if a coronavirus vaccine is developed by a Korean company as they have started trials before any other country.

Even though I am in Korea, I love America and believe my home country has many advantages. However, we are not invincible. We can learn a great deal from our friends around the world. We must closely observe the Koreans and their success. Many Americans believe we are the most powerful nation in the world. They are probably correct. However, we must not be stubborn and acknowledge the brilliance of the Korean government and its citizens.