You are here: Home / Home / Carousel / She started jumping rope for laughs. Now she has a Facebook group with nearly 30,000 members.
Share this... 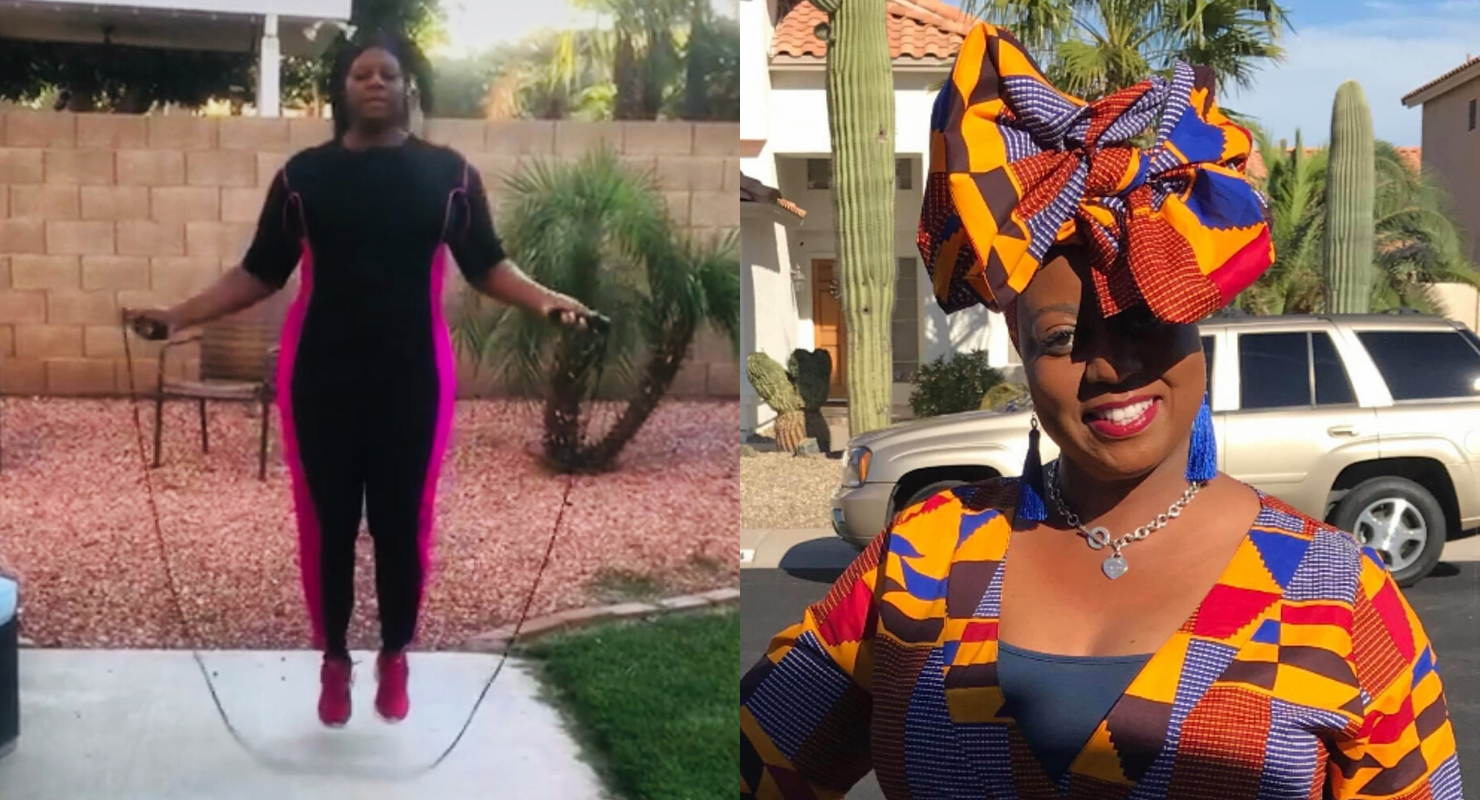 LaDonna Telford never expected her Jump Rope Squad Facebook group to take off the way it did. (Photos provided by LaDonna Telford)

While scrolling through Facebook in late March, LaDonna Telford saw a post of a friend jumping rope.

It reminded Telford of her childhood spent with friends back home in Milwaukee. Inspired, she found a jump rope and, with the help of her son, recorded a video.

She posted it on her Facebook page, expecting to get a few laughs during a difficult time as quarantine measures began to take hold. Instead, Telford’s friends wanted in on the action.

In several days, the group had 1,000 members, and in a week, it had 11,000. Currently, the group has nearly 30,000 members, both men and women. It remains a private group and the only way to join is to be added by a member. Telford cites the coronavirus pandemic as the reason for the group’s rapid growth.

“I never had any idea it would take off like this,” said Telford, who now lives in Phoenix. “People like the energy and the positivity.”

‘It makes me feel good’ 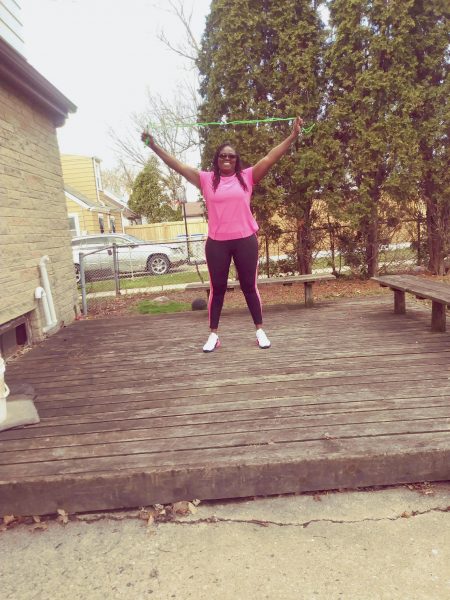 Beverly Hardiman-Cross, 51, one of the group’s administrators, said the group has put Milwaukee on the map.

“It makes us feel good, recognizing that Milwaukee can do something positive,” she said, adding that the space provides a judgment-free zone.

The group now includes jumpers from throughout the nation and around the globe.

As part of the fun, the administrators created a challenge for the amateur jumpers for Saturday, May 2. Jumpers whose first video lasted less than a minute will be challenged to jump nonstop for 160 seconds. Individuals can sign up for the competition a few days before, so administrators can check their qualifications, but on challenge day, they will have to jump live.

Hardiman-Cross said there will be prizes for first, second and third places, and that a challenge for professional jumpers also is in the works.

Telford said the goal isn’t to compete against one another but to challenge oneself to do better. It’s a good exercise, but it also provides a mental break.

“I can go outside and jump for an hour, and it just releases your mind,” she said, adding that watching other people’s videos also is a nice escape.

Telford works as a nurse. Right now, she’s dealing with the stress of her job and with the pressures of her family to stop working.

“I have the option to not work, but I choose to work,” she said. “I can’t quit, not at a time like this, when nurses are so needed right now.”

Once the quarantine ends, Telford has plans for a jump rope fest. 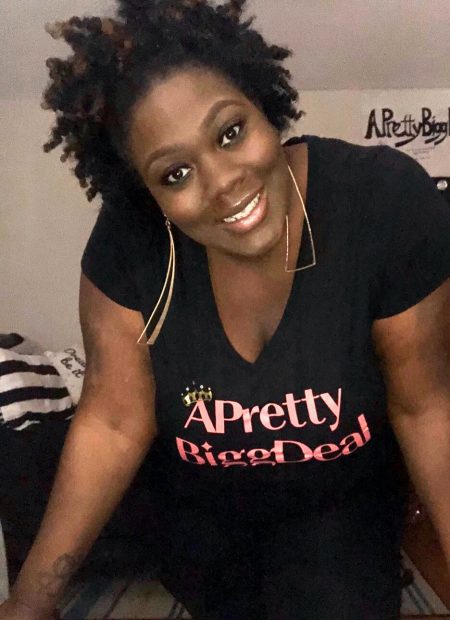 Milwaukeean Elle Renee, which is her stage name, joined Jump for Joy two weeks ago. Although she has a jump rope now, she began jumping with an extension cord.

“I could have waited for a rope, but I believe in no excuses,” she said.

Her first jump lasted 13 seconds and her third 45.

“I had not jumped rope in so many years,” Renee said. “It’s funny cause I was the Jump Rope for Heart champion in fourth grade.”

As a plus-sized woman, Renee, 37,  seeks to motivate and empower others. Her empowerment group for plus-sized women, A Pretty Bigg Deal, normally hosts classes such as yoga or Zumba, but had to cancel  because of the quarantine. She said the jump rope group has been a positive addition to her routine.

“I try to push it till the rope stops, but I try not to focus on the jump,” she said.

Although Renee hasn’t been able to jump for a week due to a sinus infection, she’s still checking the group page and offering advice. 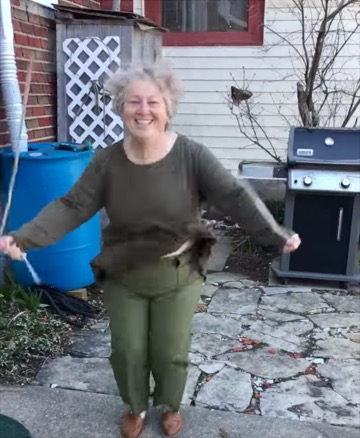 Diane Glisczinski was added to the group by a former co-worker. The video of her jumping for 10 seconds with the caption, “Here I am: The old white lady from Milwaukee,” has received the most engagement so far with over 2,000 views and nearly 400 comments.

Glisczinski, 63, said she never expected for her video to receive so much attention. While she doesn’t post a jumping video every day, she spends 10 to 15 minutes daily posting comments and watching videos from other jumpers.

Telford, Hardiman-Cross, Renee and Glisczinski all said they plan to continue jumping once the quarantine is over.

“It makes you feel good,” Telford said. “If you’re having a stressful day pick up a rope. You’re going to feel happy, that’s why it’s called Jump for Joy.”