You are here: Home / Home / Carousel / ‘He would tell you what you needed to hear’: Remembering the legacy of Eugene Kane
Share this... 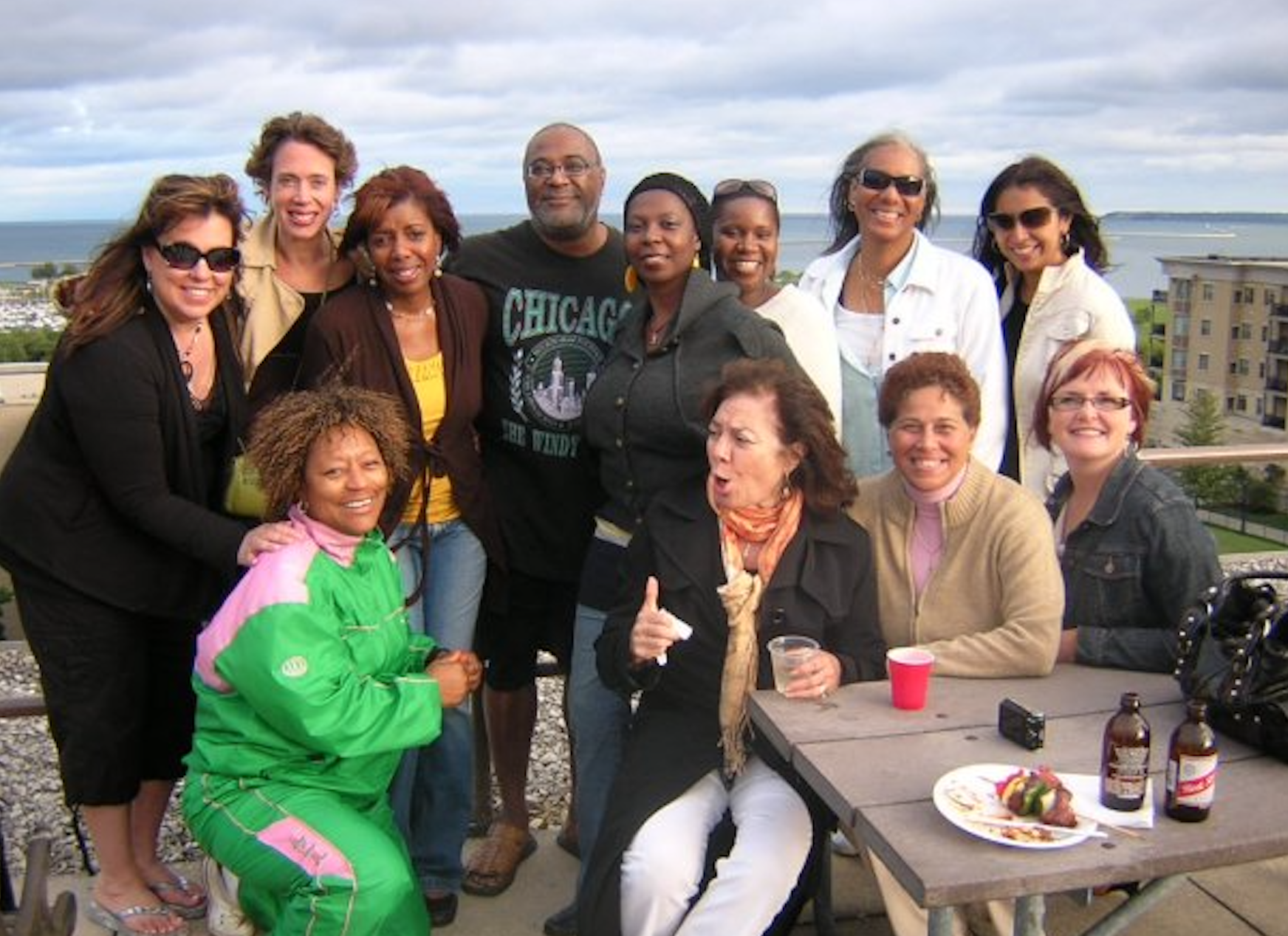 Eugene’s annual “Up-on-da-Roof” party at his lakefront condo was always a highlight for Tannette Johnson-Elie, who would eagerly make the drive from northern Illinois to enjoy good food, music and socializing with his small, close-knit circle of friends. (Photo provided by Tannette Johnson-Elie)

For me and doubtless others, news of the death of former Milwaukee Journal Sentinel columnist Eugene Kane cut like a knife.

An award-winning metro columnist, Gene was known for his gutsy, razor-sharp commentary that challenged the status quo in a city that badly needed his courage and insight.

He also was my friend, mentor and big brother when I needed one.

Gene, a Philadelphia native, was found in his East Side apartment last Thursday. He was 63. He worked for the Journal Sentinel for nearly 30 years and was known for his “Raising Kane” column, which tackled racial, political and cultural issues and sometimes offered a glimpse into the lighter side of his life.

Kevin Merida, senior vice president and editor in chief of the ESPN sports blog The Undefeated, described Gene as “unapologetically black.” He brought his blunt Philly perspective to Milwaukee, which wasn’t always easy to pull off in one of the nation’s most racially divided cities.

For many years, Kevin, Eugene and I were members of the Trotter Group, a society of African American columnists who represented the nation’s top newspapers.

‘He didn’t shy away’

“He didn’t shy away from taking on racial matters,” said Merida, who worked with Eugene as a reporter at the Milwaukee Journal in the ‘80s.  “I think at his peak, he was one of the finest local columnists in America. Nobody can ever take that away from him. But ultimately to me, he was my very good friend.”

USA Today columnist DeWayne Wickham, a founding member of the Trotter Group and a friend and fellow traveler of Eugene’s, shared similar sentiments.

“Kane used his column to fight for the victims of this nation’s deeply ingrained racism,” said Wickham, the founding dean of Morgan State University’s School of Global Journalism & Communication. “It’s hard to find black journalists like him today. Too many want to be seen as journalists who happen to be black.”

Vivian King recalled the warm reception she received from Eugene when she first came to Milwaukee to work as a reporter/anchor for WTMJ-TV. Viv and Gene worked closely as members of the Wisconsin Black Media Association, the local chapter of the National Association of Black Journalists.

“His work preceded him. So, when I met him in person for the first time and this super down-to-earth guy was joking around … I could not believe that this was the Eugene Kane, serious columnist, deep thinker and brilliant writer who did not fear taking on the establishment,” said King, an author and speaker. “Someone like that could easily be pompous, but he was not that at all.”

Eugene’s brilliant commentary did not go unnoticed. He received numerous awards and accolades over his storied journalism career, including two first place National Headliner Awards for Best Local Column, Best General Column from the Society of Professional Journalists, and Best Commentary from the National Association of Black Journalists.

In addition, he was a Knight Journalism Fellow at Stanford University and was inducted into the Milwaukee Press Club Media Hall of Fame. He also served as a host of  “Black Noveau” on Milwaukee PBS.

Open to other opinions

Above all else, Eugene was the consummate newsman, who sought to understand opposing viewpoints, said Jackie Jones, a former Milwaukee Journal Sentinel senior metro editor.

“He went out and researched, reported, interacted with people, sought to understand their points of view so he could better explain them to his readers, regardless of whether he agreed with those he interviewed,” said Jones, who edited Eugene’s Journal Sentinel column for several years and now serves as assistant dean for programs at Morgan State University’s School of Global Journalism & Communication.

“Sometimes you’d overhear him on the phone in the newsroom saying, ‘Nah, I like that. I never thought of it that way.’ ”

Eugene wasn’t an easy guy to get to know. Yet, he was always willing to give advice to younger reporters in the newsroom, like myself, in his tough love kind of way. He would tell you what you needed to hear, no matter how harsh. I received a few of his verbal lashings when I wrote or did something that he felt crossed the line of professionalism.

Let me tell you, there was nothing fun about having your big brother in the newsroom call you out. Nevertheless, looking back, I now realize that my brother’s criticism was an important part of my growth and development as a journalist.

Because he appeared so tough and strong-willed, I never thought Gene would leave us so soon. After all, he was the Comeback Kid. Although he suffered a stroke five years ago and had underlying health issues, Eugene battled back and continued to tackle racial and political issues as a freelance writer/blogger and became known for his witty humor and political satire on Twitter.

This final tweet on his Raising Kane Twitter page from April 3, may have been foretelling. Nevertheless, it’s quintessentially Eugene.

“It’s amazing to remember how anxious I was for the year 2020 to finally get here. What the hell was I thinking?”