You are here: Home / Home / Carousel / Community Heroes: How one family is using their tailoring skills to make free masks for the community
Share this... 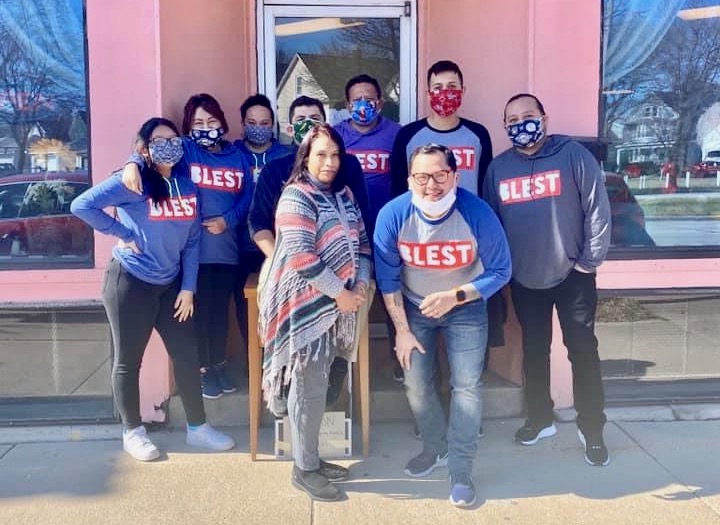 For roughly 12 years, the Campuzano family has served the community through their business, Blest by Campuzano.

The tailor shop, located at 2926 W. Forest Home Ave., has suffered a hard hit after some of its customers were put out of work because of the coronavirus pandemic.

“We are a business of two or three people,” co-founder Marco Camacho Campuzano said. “It really does hit us because a lot of the community lost their jobs, and when the community is hurting, we’re hurting.”

Despite this, the shop, which offers services such as altering wedding dresses, pants, suits and quiceañera dresses, has seen an increase in something it hadn’t anticipated: Masks. 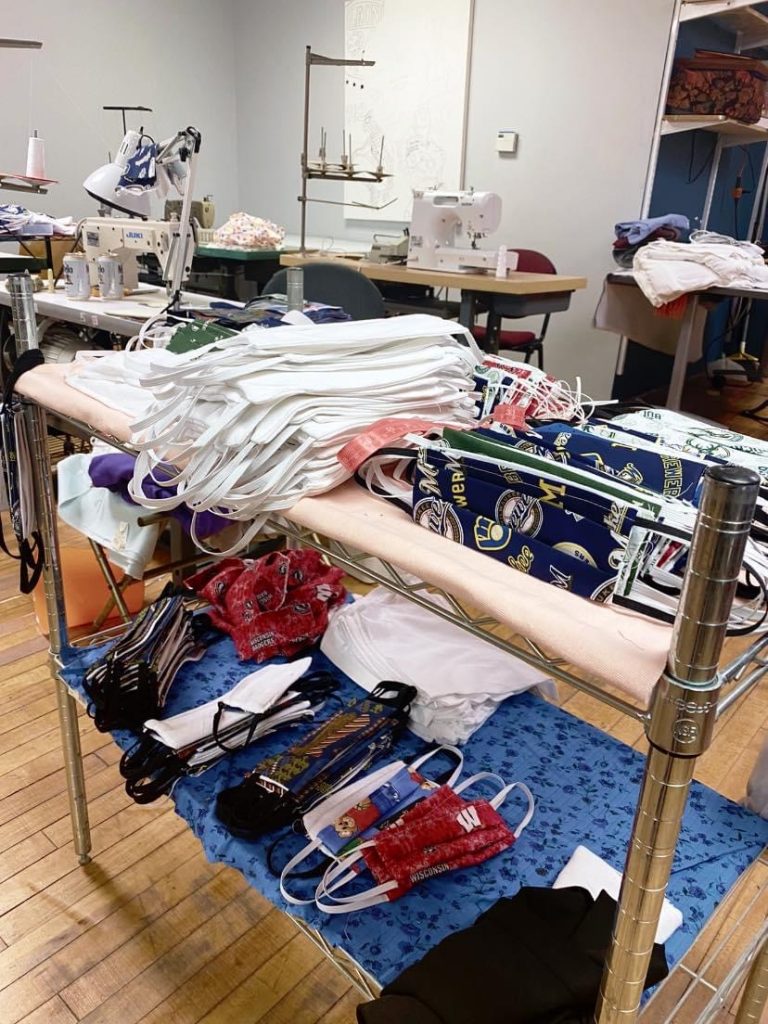 “A lot of nurses were asking us if we can make them masks, so we donated masks to them as they came by,” Camacho Campuzano said. “They kept asking, and we realized this was a bigger issue, and we need to offer this to the community.”

Camacho Campuzano, the oldest son, helped start the business and later teamed up with his mother, Angelica, to sew and create designs.

The family began making free masks in late March. Since then, Camacho Campuzano said the business has donated at least 2,000 masks and used over 300 yards of cotton.

“We are running really low on a lot of stuff right now because of the high demand,” he said. “I don’t know how long we can keep up with this because we are running out of fabric, and materials are really expensive now.”

Masks will be available only while supplies last, which is why people like Marie Ulsberger are donating material.

Ulsberger and her husband own a screen-printing company that makes T-shirts and stickers and have known the Campuzano family for years.

“We had a nice backlog of shirts that we weren’t going to be using for a while, so here was an opportunity to do something in a positive manner with what we had,” Ulsberger said.

“The only thing that was missing was some elastic, and across the hall from us is an upholsterer who knows Marco as well. So he actually helped and provided the elastic, and we gave Marco a couple hundred shirts.”

Ulsberger said she is impressed with the family’s generosity.