You are here: Home / Community Voices / OPINION: Milwaukee’s black community is being treated as collateral damage for Wisconsin’s economic recovery
Share this... 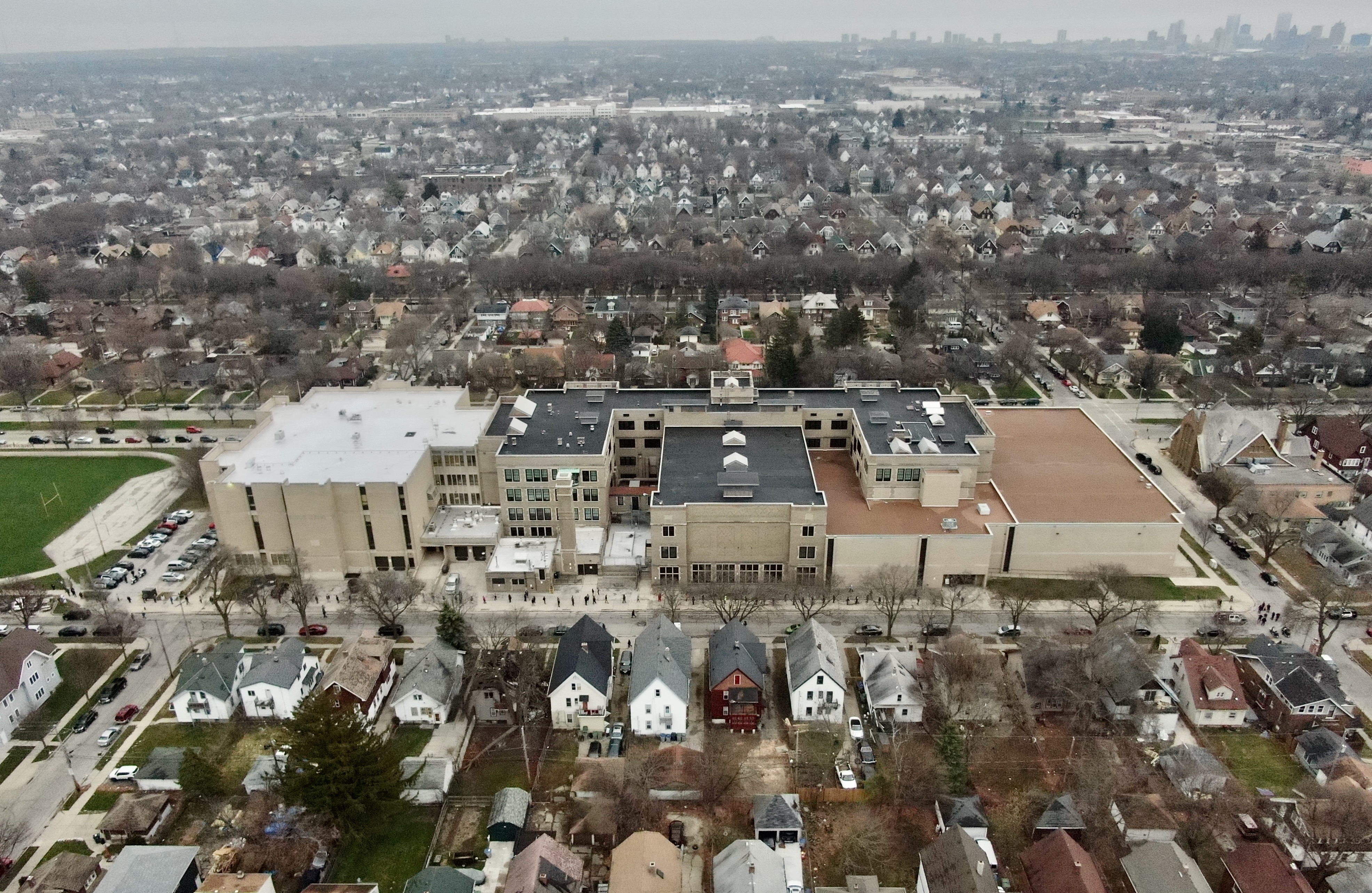 We are met with an interesting ultimatum: Die at home or go to work and die for our bosses.

Wisconsin Gov. Tony Evers’ orders for most of the state’s business operations to be halted has been terminated by the state Supreme Court. This comes as no surprise, after “astro-turfed” anti-quarantine demonstrations popped up across America, including in Brookfield.

The part-manufactured, part-genuine outrage from those who have not been able to go to nonessential businesses, coupled with a Republican-led lawsuit against members of the state Department of Health Services is the catalyst for the court’s 4–3 ruling.

The public outcry over the Safer at Home order continues to increase as positive COVID cases decrease or remain flat. There’s immense frustration regarding the extension, as it goes beyond the executive branch’s statutory powers. Wisconsinites are forced to sit by with no voice in the process. Other Midwestern states with more confirmed cases, like Ohio, have set firm dates to begin a phased reopening far earlier than the Evers administration.

The governor has denied the people a voice through this unprecedented administrative overreach. Unfortunately, that leaves the legislature no choice but to ask the Supreme Court to rein in this obvious abuse of power. Wisconsinites deserve certainty, transparency, and a plan to end the constant stream of executive orders that are eroding both the economy and their liberty even as the state is clearly seeing a decline in COVID infections.

We have seen calls for post-quarantine economic and social reconstruction across America and they all share some of the same glaring paradoxes.

They claim that the “Safer at Home” orders are putting liberties and the economy in the crossfire even though COVID-19 infections are declining. If this is true, it must be attributed to strict regulations of public interactions with each other and businesses. If COVID-19 infections are declining, why would we end the very methods used to stop the spread of the virus? Of course, the Republican legislators understand this. They simply do not care.

A study conducted in April by the University of Wisconsin-Milwaukee sheds some light on the disproportionate effect that the virus has on Milwaukee communities. The report states:

As of April 8, nearly twice the number of African American county residents as whites had tested positive for COVID-19. African Americans represent 27 percent of the county’s population, but they account for 45 percent of confirmed cases. More disturbing still, of the 67 coronavirus-related deaths reported in Milwaukee County as of April 8, 46 of the victims were black. The disproportionate toll that the coronavirus is taking on African Americans — both deaths and confirmed cases — has been reported in other cities with large black populations, including Detroit, New Orleans, New York City, Boston, and Chicago.

The report offers some grim conclusions based on the data its researchers collected.

Areas that are predominantly white and higher income are reporting fewer cases and very small numbers of virus clusters. Most important, African Americans who have contracted the virus are developing life-threatening complications at a rate much higher than whites.

The report continues to say that availability of tests, reporting of new virus related findings, and access to affordable, or better — free health care, safe work environments and sick leave without the need of a doctor’s note/proof of illness for employees is necessary to ensure a healthy Milwaukee. Lastly:

Taking these steps will help to save lives and reduce disparities that we are seeing now in the spread of the coronavirus in Milwaukee County. It will not, however, address the structural inequalities that gave rise to this crisis in the first place. The early stages of this pandemic have laid bare these inequalities for all to see. It is a good time to reflect on racial and economic disparities in Milwaukee more generally, what perpetuates them, and what might be done in the aftermath of this crisis to begin building a more just community.

The Republican duo claimed that the “Safer at Home” orders are an abuse of power. Who should decide that the health of the public is of utmost importance? What have Republicans done to address the lack of resources for black people in Milwaukee that has resulted in a disproportionate amount of contractions of and death as a result of the virus?

I think I speak for most Wisconsinites when I say that I am not a public health expert. We individually cannot know what the safest practices for an entire state are. In order to maintain a functioning republic, there are some things that should not rest on public majority opinion.

The continued monitoring and reporting by the Wisconsin Department of Health Services has been an essential tool for understanding the virus and shaping policy in order to best respond to it. The fact that state Republicans are in a rush to “open up Wisconsin” is not because they personally want to get back to work.

Rather, they would like to see the unemployment check recipients and stimulus check beneficiaries not hold the national government responsible for a low quality of life. The government has shown many times throughout the virus to have funds for big businesses, but when it comes to protecting the people working tirelessly for these businesses, our cries fall on deaf ears. What’s more, forcing employees to work will not necessarily force consumers to follow suit.

We are encouraged to leave the safety of our homes  —  some who never had that safety — and go to work in order to make the wages for our bosses and buy products in order to fund others.

The behavior of state and national government officials is essentially telling black and brown people that our lives are expendable.

When will our health be more important than corporate profit?