You are here: Home / Community Voices / OPINION: My parents didn’t teach me how to deal with racism. But I will teach my son.
Share this... 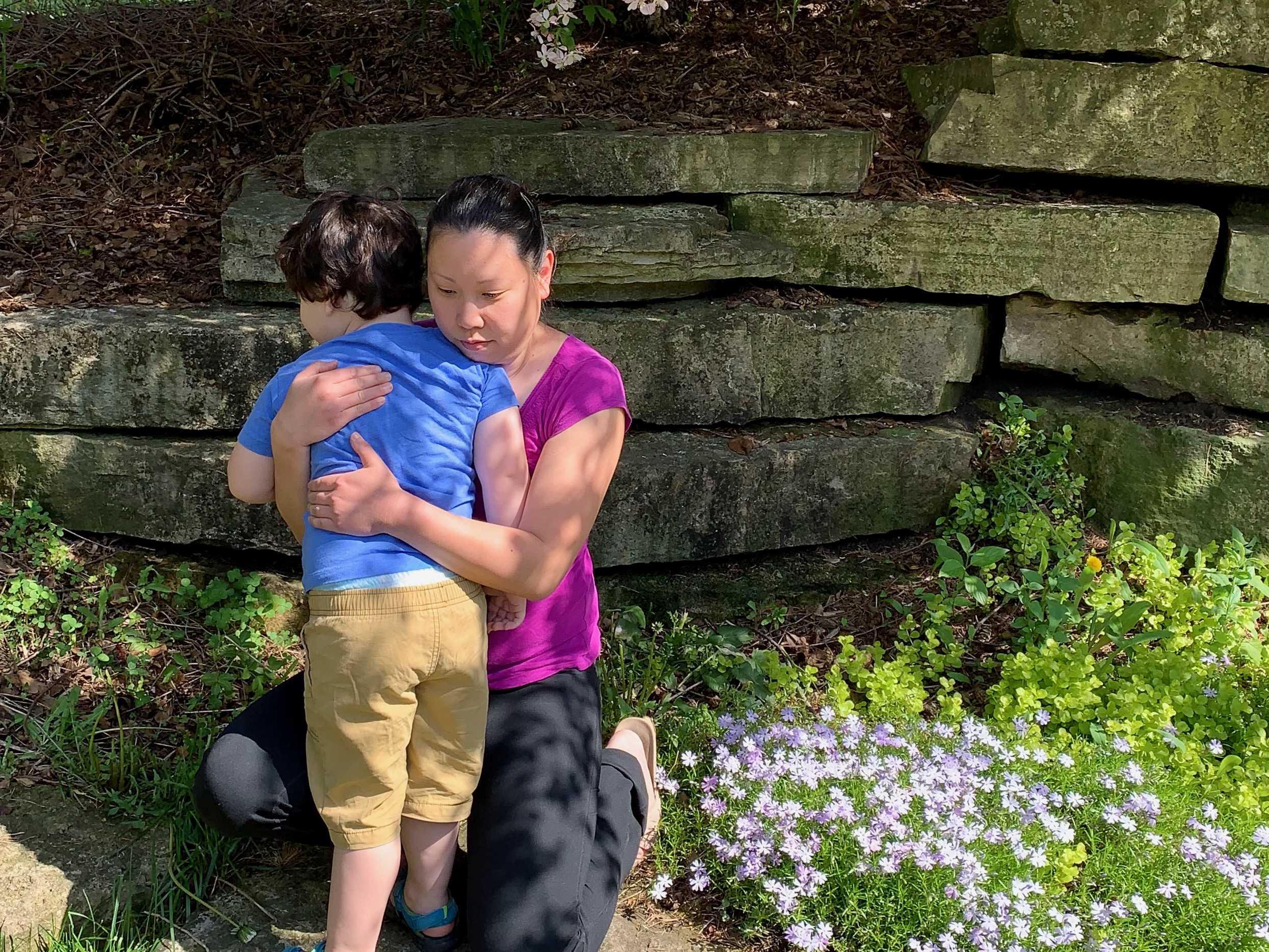 Jenny Lee is a stay-at-home chef and former newspaper journalist. In this piece, she reflects on sharing her Asian heritage as a parent while dealing with the racism that the coronavirus has unleashed.

I lifted my 3-year-old son onto the couch as I watched “Asian Americans,” a PBS documentary that aired in mid-May for Asian Pacific American Heritage Month.

I held him there and said, “We are Asian American.”

Uninterested in black and white footage, my son hopped off the couch and left the room. When he’s older, I will teach him about our history and heritage.

Right now, my son has no concept of COVID-19 nor does he know what the term “Asian American” means. He’s a late talker, so I can’t explain the constructs in any way he’ll understand. But he does see race.

Last September, I heard the doorbell and opened the door to see a young Asian American woman standing in front of me, along with two other salespeople. My son pushed past my legs, grabbed the woman’s hand and pulled her inside. He wanted her to play with him. I think my son picked her among the three salespeople because she looked Asian, because she looked like me.

Growing up as the daughter of Korean immigrants, my parents told me to get straight A’s and get into an Ivy League school. I followed the “Model Minority” trend.

My parents didn’t teach me how to deal with racism. One time when I was young, a homeless woman yelled, “Why don’t you go back to where you came from!” when we sat at a picnic table near her. She kept yelling. My mother frantically whispered to my father, “We should go.” My father replied, “We have every right to be here.” He sat down. Kudos to my dad.

But as a family, we never talked about that incident. We were supposed to let it go. Yet, for me, those incidents built up inside me and caused pain. That’s a cycle I want to break. I didn’t fully know how to respond calmly to racist incidents until my 30s. I had to figure it out myself. But my son doesn’t have to navigate racist slights by himself. I’ll teach him how to handle it.

COVID-19 has revealed the ugly and sinister side of humans living in a pandemic. Throughout the world, those of Asian descent have been spit on, yelled at, beaten and stabbed because perpetrators believe people who look like me are all Chinese and we all brought the coronavirus to their country. Yes, the virus was first reported in China. But a virus doesn’t discriminate. Everyone spreads it.

I want my son to know that writing an email is fighting racism and ignorance. On March 9, a local publication published a photo of two Asians wearing masks at a Los Angeles airport with a sign in front of them saying, “Do Not Enter. Authorized Personnel Only.” The photo was attached to an article about a university advising students not to travel during spring break in the midst of the coronavirus. I felt the photo was subliminally saying to Asian Americans that we’re not welcome here. With racism rampant against Asians because of the virus, I told the publication in an email, “This photo perpetuates fear of those of Asian descent just because the virus originated in China.”

The reporter wrote back and gave a heartfelt apology. The publication switched out the photo. Staff are more careful when picking a picture for coronavirus-related stories.

My son won’t remember this pandemic as being anything different than pre-COVID-19. The last major event covered in the PBS documentary series was the Sept. 11 attacks and hate crimes against Muslim Americans. In time, I’m sure an updated documentary on Asian American history will talk about anti-Asian sentiment during the pandemic. When my son’s older, I will gently explain everything he lived through.

Asian Pacific American Heritage Month means talking about the good and bad of history — and celebrating the heritage of so many different cultures within one category. It means introducing Korean food to my kid. It means stockpiling children’s books that feature Korean American stories and racially tolerant lessons. This symbolic month means teaching my son how to stand up for himself and his heritage.