You are here: Home / Community Voices / OPINION: What’s in a name? It turns out everything when you’re a young immigrant yearning to fit in.
Share this... 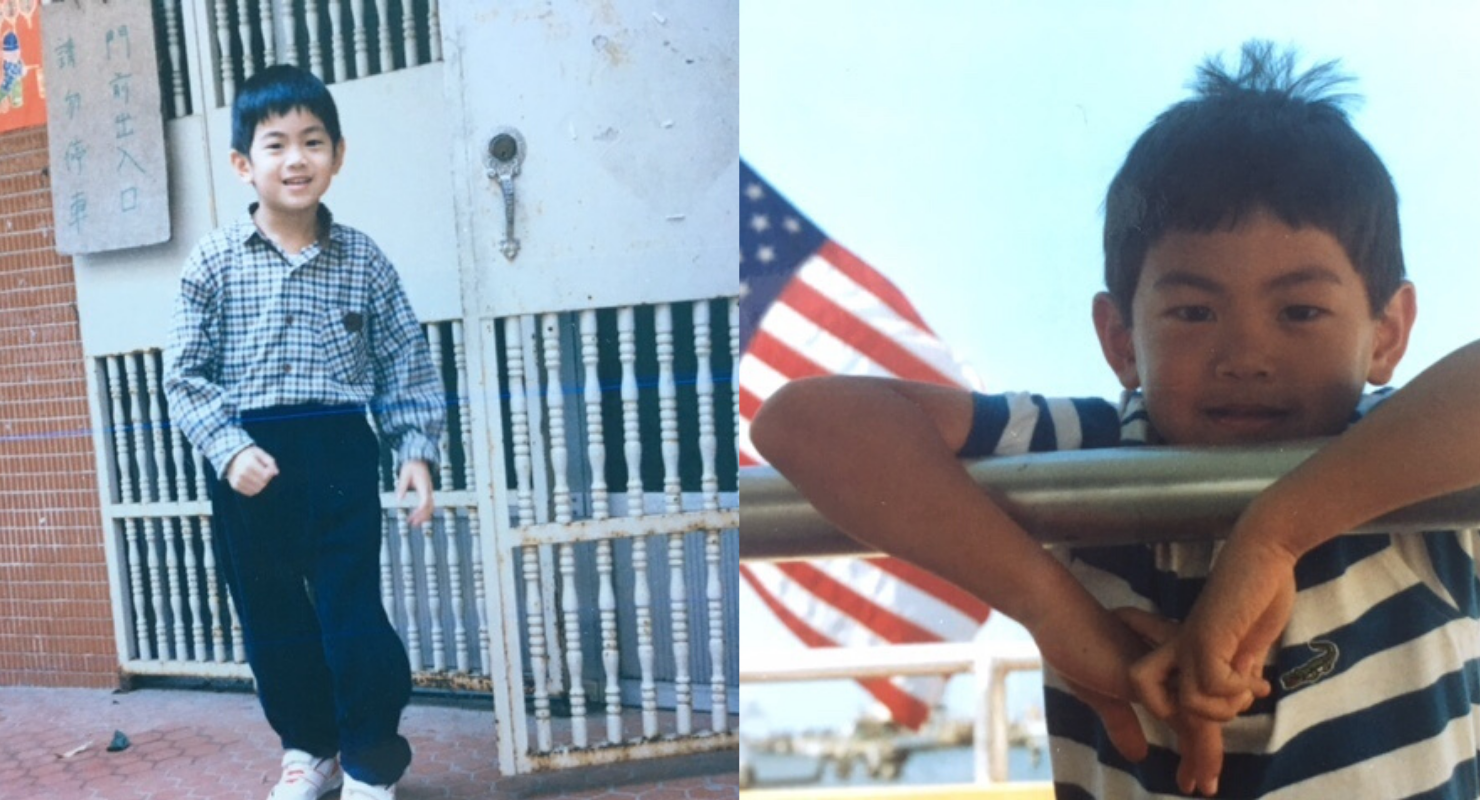 Edgar moved to America from Taiwan when he was 5 years old. (Photos provided by Edgar Lin)

Edgar Lin is an attorney at Buting, Williams & Stilling and a member of Governor and Lieutenant Governor’s Public Safety & Criminal Justice Reform Policy Advisory Council. In this piece, he shares his experience moving from Taiwan to the United States and his struggles with learning and accepting his real name.

“Hi, my name is Edgar. I’m new here. Would you like to go play outside?”

My aunt taught me those golden words so I could find friends in the neighborhood. I was around 5 years old and just arrived in America from Taiwan.

I went door to door to profess my newness and willingness to play. With every door I knocked on, new kids joined the crew. The neighborhood kids decided we would play baseball. We all gathered together in the middle of the cul-de-sac and began discussing the rules. At that moment, I realized that my rudimentary English did not translate well into the rules of a sport. The language was out of my league. I nodded my head along and thankfully made it through the game with my dignity intact. That summer was filled with baseball and impromptu games with the neighborhood kids. For me, that summer was America. It was amazing.

I moved a lot between Taiwan and the United States growing up. I attended four different elementary schools by age 9. Because I moved often between two countries with very different cultures and languages, I was in a state of “perma-fusion” or permanent confusion.

Fast forward to 2nd grade. It was the first day of school in America after spending several years in Taiwan. My English had significantly regressed, and the teacher was taking attendance.

“Enku Lin?” she said. This time she sounded less certain.

“Who doesn’t even know their name!” I thought to myself. Immediately after that thought, I became a bit nervous.  I looked around the classroom. The other Asian kid was already called. I could not imagine that one of the white kids had that name. But then again, my English was wobbly. Maybe it was a new hip American name (think Keanu Reeves)?

My first name is Edgar. It was unlikely she pronounced it wrong. My last name is Lin, but that could just be a coincidence. I sunk into my seat.

“Perhaps I mispronounced it. I’ll get back to it,” said the teacher. She finished roll call and to no one’s surprise, I was the only person left. She confirmed my birthday and address and said, “I think you are Enku.”

I kept a straight face and ignored the giggles and snickers that followed me for the rest of the day. I ran home crying to my mother. I wanted her to fix this colossal mistake.

Much to my horror, my mother replied casually, “Oh, yes, Enku is your legal name. I forgot to tell you.” I was furious. She had eight years to tell me! The name sounded foreign and strange. It sounded so un-American. How could I be a normal kid with a goofy name like “Enku?” I wanted to have nothing to do with it. The next day, I told the teacher that I went by Edgar.

Unfortunately, the discomfort followed me all the way to adulthood. My Taiwanese name is pronounced as “Lin (last name) In-gu” (first name), which roughly translated to “impression of forest and canyon.” My parents would call me by my Taiwanese name or my English name, but never by “Enku,” a legal creation.

It was not until I was in my mid-30s that I opened up to my legal name. I tried going by “Enku” on my Hawaiian honeymoon. Asians account for a substantial portion of the population in Hawaii. This meant that there would be plenty of foreign-sounding names besides my own. The result? It was delightfully liberating.

Many Asians in America, especially first-generation immigrants, adopt English names. The reasons range from pure convenience to a deep yearning to belong. For me, it was both.

Since then, I have come to embrace and love “Enku.” Today, I go by both Edgar and Enku. “Edgar” is my American story. “Enku” is the story of my roots. I love both names because I love both stories. It makes me who I am.

When my mother visited me in Milwaukee a few years ago, she gave me my original birth certificate from Taiwan.  I noticed an even stranger and unfamiliar name listed under “English Name.”

I asked my mom for an explanation to which she replied, “Go ask your dad.” My dad casually explained that he liked the sound of “Gene” because it sounded like the word “genius.” After a few days, he cooled on “Gene” and decided he liked the name “Edgar,” a name of a peaceful king.