You are here: Home / Home / Carousel / Why the 2020 census should continue to matter to you
Share this... 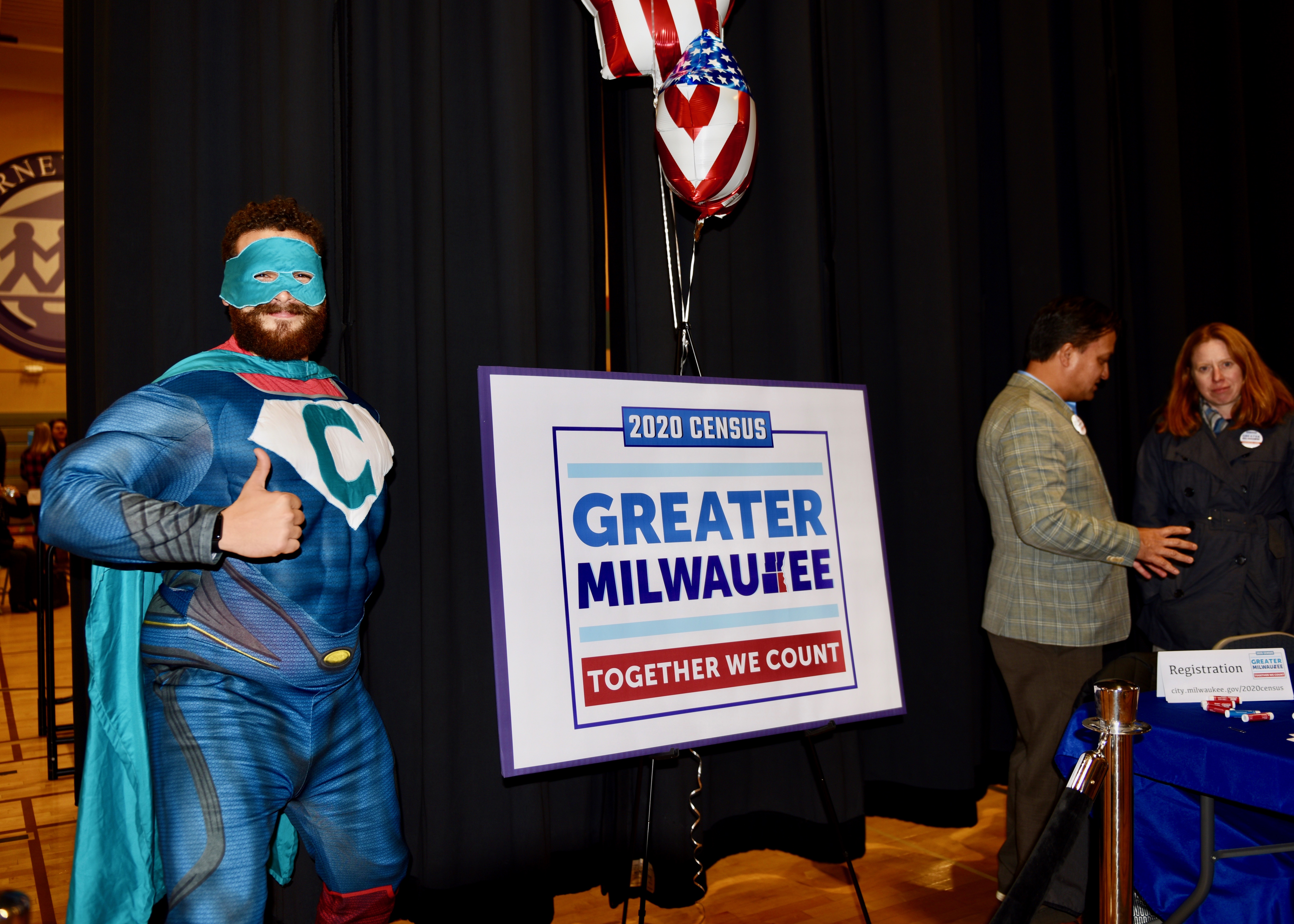 Matt Dannenberg, otherwise known as Captain Census, says people need to feel that the census is personal to them. (Photo by Sue Vliet)

Editor’s note: This article has been updated to reflect the new census deadline.

Earlier this year, we explained why the 2020 census should matter to you. The data gathered through the census determines how much federal funding each state receives for the next 10 years, how many members it will have in the House of Representatives and more.

While the U.S. Census Bureau is still committed to getting a complete count, the arrival of COVID-19 changed things. Here is what’s happening in the census and why it’s important now more than ever to participate.

How has COVID-19 affected census outreach?

Sharon Robinson, the chairwoman of the Greater Milwaukee Complete Count Committee, said the group had all kinds of outreach going on, especially at the grassroots level, to educate people on the census.

People need to know that the information they share is private and protected by law, she said. It is only shared in the form of statistical data.

Originally, the group made plans for billboards and bus advertisements and for an event at the Mecca Sports Bar and Grill, but COVID-19 changed that.

“Once COVID happened, it restricted our ability for people to even see ads,” Robinson said.

The group was forced to switch gears and began to rely more heavily on social media. Robinson said the Complete Count Committee has been handing out coloring books, which are available on the U.S. Census Bureau website, at food drives along with crayons. 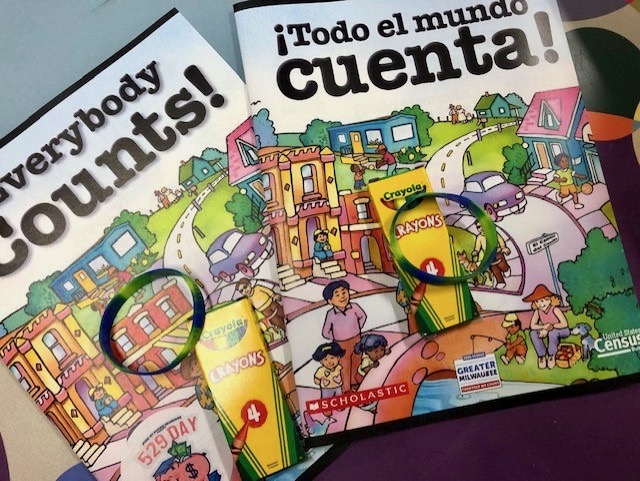 The coloring books make it easy and basic to understand, she said.

The committee is also making yard signs and is encouraging Common Council members to do mass communications and to get active on social media.

“There’s so much at stake and we can’t afford to not count anyone,” she said.

Wisconsin Voices has played a large part in census outreach and tried early on to connect with grassroots organizations including Metcalfe Park Community Bridges and Layton West Boulevard Neighbors.

Matt Dannenberg, the census and voter registration director for Wisconsin Voices and the co-chairman of the Greater Milwaukee Complete Count Committee, said the group started working with 60 community partners in February.

Dannenberg said the goal is to make people realize how important the census is by making it personal.

“When people find out how beneficial it is to their daily lives, they’re more engaged,” he said.

What are the results so far?

She said she was surprised that COVID-19 hasn’t boosted online or phone responses, but added that this is the first time these options have been available in a census.

“It has never been easier to participate in the census,” Robinson said. “It’s your constitutional right and it’s well worth the 10 minutes it takes.”

What about hard-to-count communities?

Some communities are hard to count, including single parent households, children under the age of 5 and seniors.

Dannenberg said children and residents on the North Side and South Side remain undercounted. The more people who participate the stronger Wisconsin’s voice is, he said.

“The census is about bringing resources to communities and making neighborhoods stronger,” Dannenberg said.

Have there been any major updates or changes?

The biggest update is the deadline extension for self-response. Residents through the country now have until Wednesdau, Sept. 30 to respond to the census using the self-response options, which include mail, phone and online.

How to fill out the census

To do it over the phone, call 1-844-330-2020. To complete it online, visit the census website and click respond. Check your mail for the questionnaire, which you can fill out and mail back.

The online form and telephone line will be available in 13 languages, including English, according to the Census Bureau. Additionally, there will be language guides available in 59 languages other than English.

If a household chooses to forgo the self-response options, then they will be visited by a census taker. Each census taker will have a census badge with an identification number, which can be verified by the bureau.

Census takers are expected to start going door-to-door in mid-August. Dannenberg said the extension could delay data processing until about June 2021.