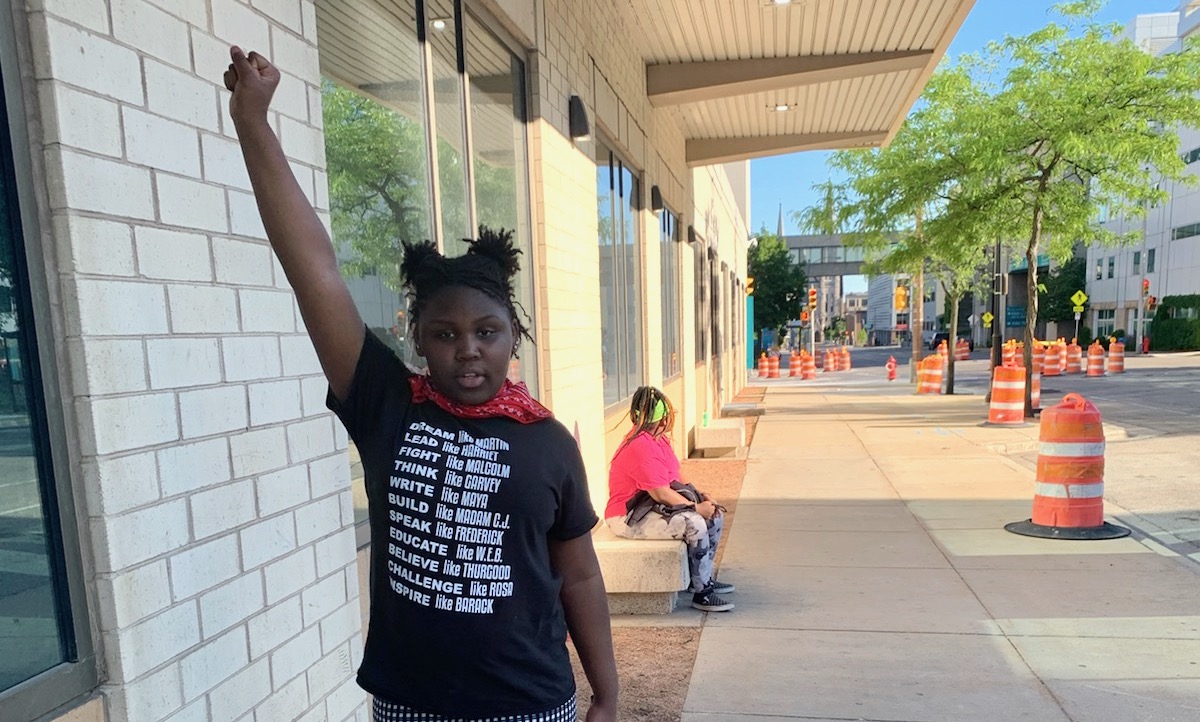 Lyfe Polnitz, 13, says she’s protesting so her brothers “won’t have to face police brutality or racism in the future.” (Photo provided by Lorenzya Polnitz)

Lyfe Polnitz, 13, wanted to make a difference after hearing about the death of George Floyd and the protests that sprung up across the nation.

An eighth grader at Northwest Lutheran School, she has spent almost every day for over two weeks attending protests, participating in chants and trying to make her voice heard alongside her mother and other protesters. 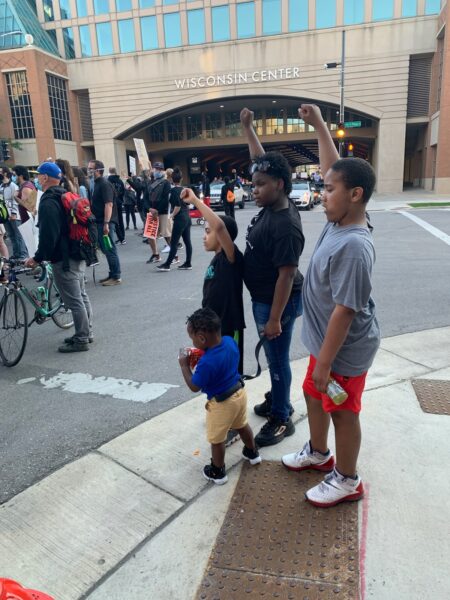 Lyfe, the sixth of nine children, said she protests for her six brothers.

“I want to help make a change, so my brothers won’t have to face police brutality or racism in the future,” Lyfe said. “I don’t want them to have to be scared to go places.”

“I have heart-to-heart conversation with my younger brothers about it,” she said. “I try to help them understand everything that is going on so aren’t afraid.”

Lyfe said she was always taught to stand up for what she believes in.

“I had to explain police brutality and racism to my children in an unfiltered way,” said Lorenzya Polnitz, Lyfe’s mother. “Because of the realness of the situation and because I don’t know when little Black children become threats, I’m trying to make them understand early.”

Polnitz said she feels being part of the protests is good for her daughter.

“The unfortunate truth is that she’ll probably have to protest like this again later in her life,” she said. “I want to be sure she knows what it looks like to advocate for herself.”