You are here: Home / Home / Carousel / MPS wants police out of schools. A state-mandated contract could complicate things.
Share this... 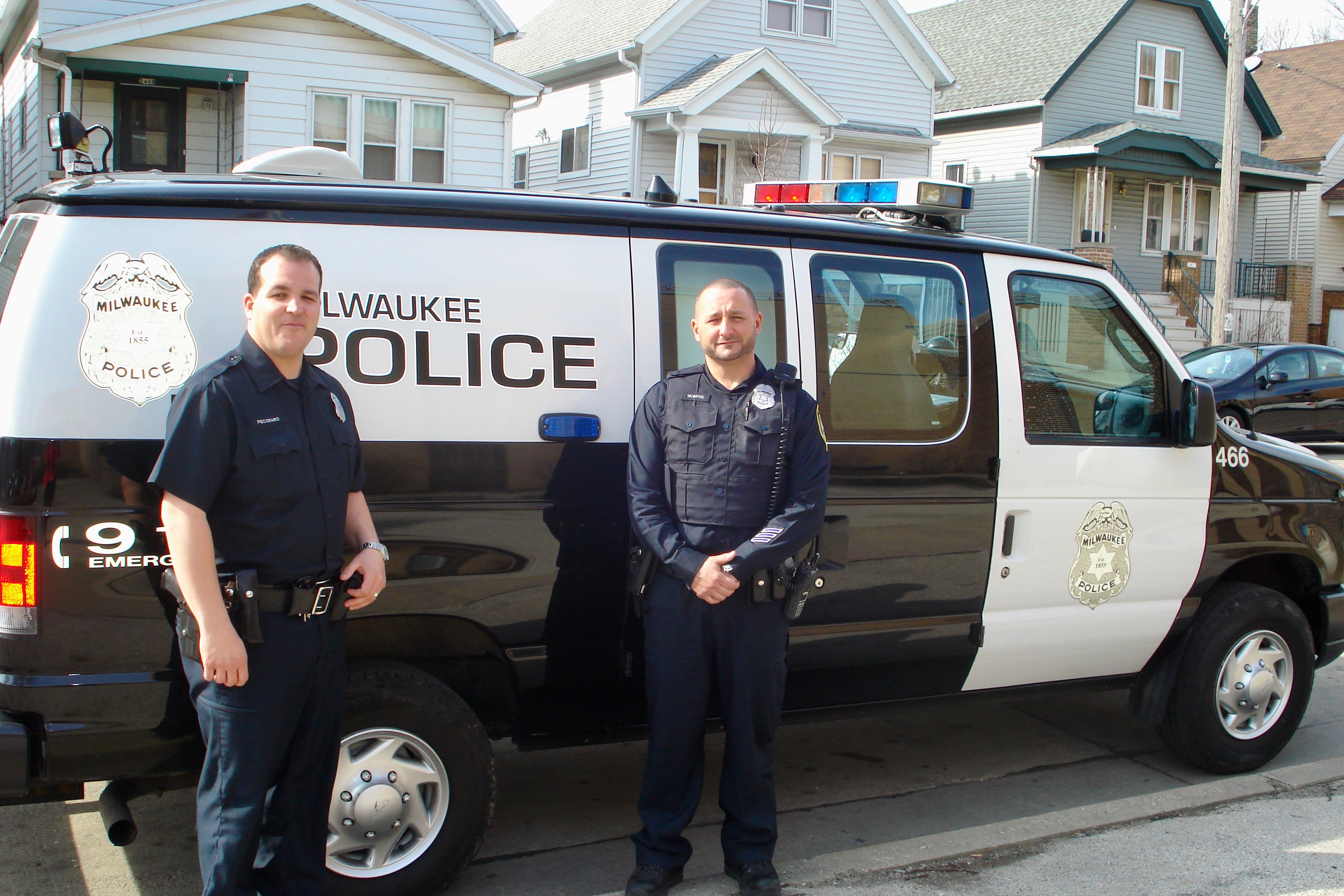 Under a state-mandated contract, MPD officers comb the streets for truants and shuttle them to a center where an MPS social worker evaluates their needs. MPD officers Shane Pecoraro and Ray Monfre are shown on the job in 2014. (File photo by Kelly Meyerhofer)

Although the MPS Board of School Directors has unanimously voted in favor of ending contracts with the Milwaukee Police Department, there is one contract that stands in the way.

Since 1993, MPS has contracted with the police to help run the Truancy Abatement and Burglary Suppression program, or TABS.

According to state law, Milwaukee Public Schools is required to pay the salaries and fringe benefits of four law enforcement officers who work full time. The district currently receives no funding from the state to cover the costs of the program, which was $400,000 for the 2019-2020 school year.

In addition to cutting $478,242 in contracts with the Milwaukee Police Department during a special June 18 meeting, the directors voted to “hold” the TABS money to see if there is a way to honor their legal obligations without contracting with the police.

President Larry Miller, who proposed the idea, is optimistic the district can satisfy state law without contracting with the police.

“I do not want to send this $400,000 to the police,” Miller said during the meeting. “My thinking is that we do not spend this money until we get a judgment from our lawyers and have total clarity on whether or not we have to.”

In a statement before the meeting, the Milwaukee Police Department expressed support for MPS if it decided to end the contracts.

“We agree with many voices from our community who believe that the funding should be reinvested into our public-school system to support social services,” the statement read. 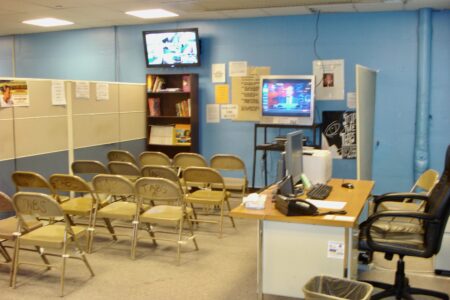 The MPS board is now exploring ways of continuing the district’s TABS program without law enforcement. (File photo by Kelly Meyerhofer)

What the TABS program does

The TABS program was established in 1993 after a similar program in San Jose, California. The program was funded through the state budget as a three-year pilot program before MPS assumed responsibility in 1996. The Boys and Girls Clubs of Greater Milwaukee, which was also a partner in the program until the 2018-2019 school year, secured grant funding for the program before ending its involvement.

According to the contract for the 2019-2020 school year, the four officers contracted by MPS investigate calls of suspected truancy and bring young people identified as truant to the designated youth center located at the Milwaukee Public Schools Facilities & Maintenance Building, 1124 N. 11th St.

(If the young person has a warrant or has been reported missing, officers take them to a police station for processing.)

Once in the youth center, MPS staff work to identify the reasons a student isn’t attending  school. Officer can issue a truancy citation, the penalty for which ranges from $94 to $500 for students and $181 to $500 for parents, according to the 2017-’18 TABS Operations Manual. Officers also provide security at the youth center as needed.

According to data from the Wisconsin Department of Public Instruction, the habitual truancy rate among MPS students between 2007 and 2017 has hovered around 50 percent with no clear trend up or down. The recorded rate was at its lowest during the 2009-2010 school year at 45.79 percent, and its highest during the 2013-2014 school year at 53.73 percent. A student is considered “habitually truant” if they miss part or all of 5 or more days during a school semester.

The Boys and Girls Clubs gets out of contract

The state law requiring MPS to pay the salaries and benefits of four police officers also states that the district contract with the Boys and Girls Clubs of Greater Milwaukee.

However, in August 2018, the Boys and Girls Clubs sent a letter to MPS saying it would no longer participate in the TABS program, according to minutes from the board’s February 2019 meeting.

The statute mandating MPS provide and fund TABS still states that the district must contract with the Boys and Girls Clubs of Greater Milwaukee.

Dawn Matson, vice president of marketing at the Boys and Girls Clubs of Greater Milwaukee, said the organization stopped participating in TABS because it strayed from its core ideals.

“The decision to no longer participate in the program was tied to refocusing our work to dedicate all resources to support our mission,” Matson said.