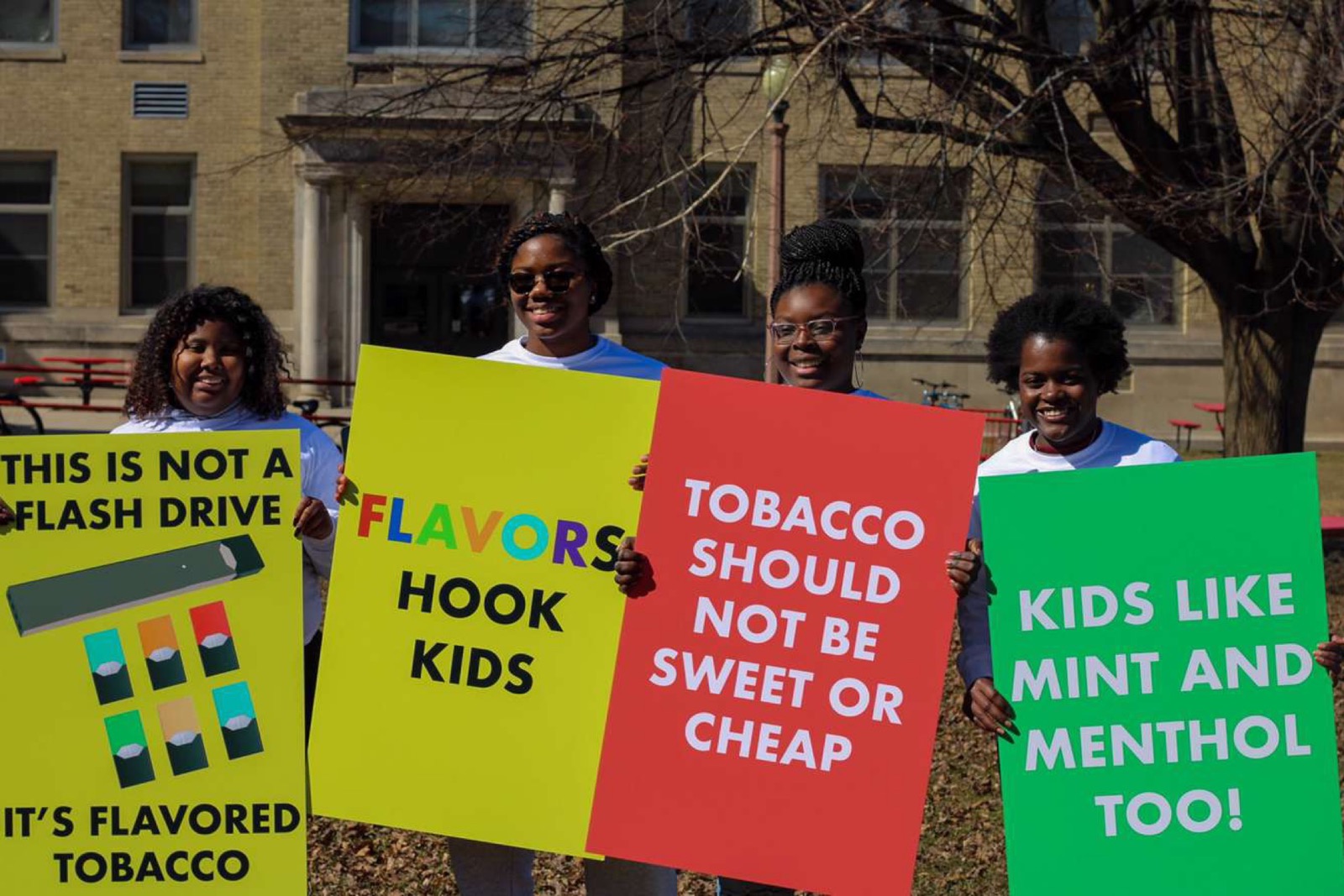 Sunday, July 5th is the 10th anniversary of Wisconsin’s Smoke-Free Air Law, a law that prohibits smoking in enclosed public spaces and protects employees and others from the hazards of secondhand smoke. As teens across the state celebrate this milestone law that changed their way of life, they also want to remind others that tobacco products like menthol are still as harmful as ever, especially in African American and low-income communities. And that tobacco companies are pushing alternative products such as electronic cigarettes and other flavored tobacco products like cigarillos to teens like them.

But, youth members of Shorewood FACT, part of Wisconsin’s youth-drive tobacco prevention movement, are onto their tactics, and warn the community any chance they get. They are using the 10th anniversary of Wisconsin’s Smoke-Free law to reflect on the impact of the law and continue to bring attention to issues that still challenge their communities.

Fednise Stark: “Wisconsin is still better smoke-free because fewer people are  exposed to secondhand smoke. People now smoke fewer cigarettes while they are working than they do at home, so the chance of them quitting is greater. Still, products like menthol make tobacco easier to start and harder to quit.”

Kayla McPike: “Wisconsin has been so much better since it became smoke-free. Not only is it environmentally better but the law has helped slow down the curve of teens that are exposed to tobacco. Unfortunately, tobacco companies are using candy-flavored tobacco products to try to recruit their next generation of smokers, but we won’t let them.”

Ta’Niya Robinson: “Blacks in Wisconsin smoke at higher rates than the general population, and most use menthol and as a result face worse health outcomes. These rates would be even higher if not for Wisconsin’s Smoke-Free Air Law. We must continue the push for even more smoke-free spaces!”

Nia Kamara: “Wisconsin is better smoke-free because it minimizes the health risks of being exposed to secondhand smoke. Unfortunately, there’s still too many, especially people of color or who live in poverty, that use tobacco, and kids that are getting hooked on flavored tobacco products. That’s why our work can’t stop.”