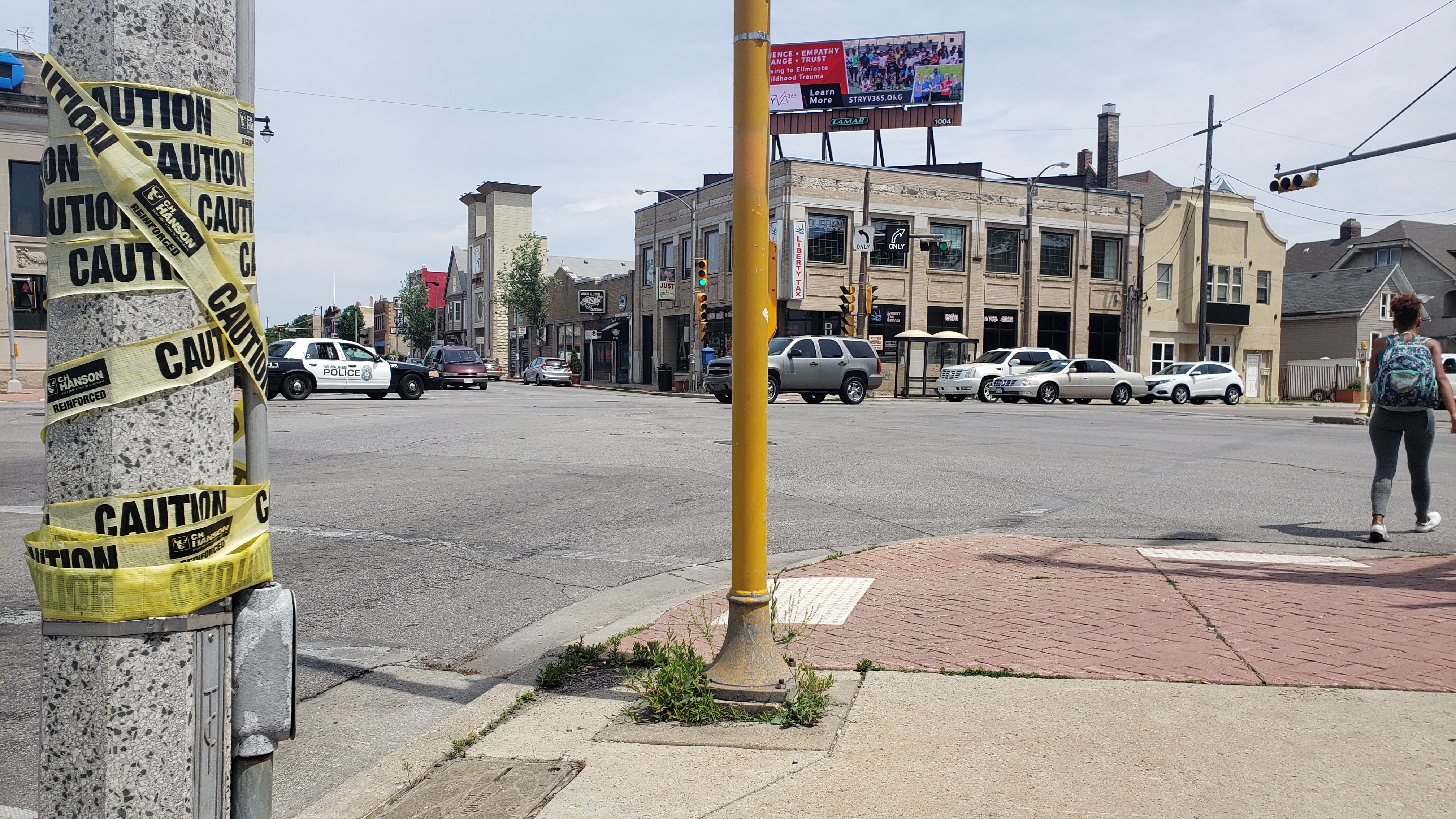 South Cesar E. Chavez Drive and West Greenfield Avenue is considered one of the most dangerous intersections in the city. (Photo by Edgar Mendez)

More than a year later, aside from tattered sections of caution tape still wrapped around street poles, not much remains of that campaign.

Yet reckless driving incidents continue to haunt the city. The latest plan by members of the City-County Carjacking and Reckless Driving Task Force contains strategies they believe will finally make a difference if implemented.

Among the recommendations from the task force’s final report, which was released this month: More public awareness campaigns; increased access to driver education; narrowed driving lanes; and coordinated traffic signals that allow for fewer stops.

The report also calls for increased penalties for adults caught driving recklessly while fleeing officers and for other dangerous road behaviors.

“These recommendations offer a comprehensive strategy for decision-makers to tackle reckless driving, “ said Ald. Michael Murphy, the chairman of the task force. “They will be far better equipped going forward to collaborate in a coordinated and comprehensive fashion while working on changing reckless driving behavior.”

The report recommends requiring police to take youths caught in stolen or fleeing vehicles into detention rather than writing tickets and providing diversion alternatives for first-time offenders. 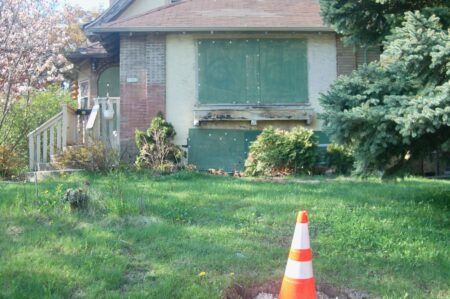 This home on the corner of North 13th Street and West Capitol Drive was left vacant after a vehicle being chased by Milwaukee police crashed into it, starting a fire. The driver of the fleeing vehicle died in the crash. (Photo by Edgar Mendez)

Sharlen Moore, co-founder of Youth Justice Milwaukee, a campaign that advocates for community-based restorative programs as an alternative to incarceration, said many of the current and proposed measures are punitive.

Moore said the best way to address problems associated with reckless driving is to focus on prevention strategies.

“What we want to make sure is that we have standards that are not pushing people into the justice system,” she said. “We have to be a lot more creative and start investing in proactive strategies rather than being reactionary.”

Moore has advocated for some of the recommendations laid out in the task force’s plan, including increased access to driver’s education.  Currently, she said, funding for those types of programs is extremely limited.

“We need driver’s education for anyone who wants to take it,” she said. “We also need programs that provide summer and year-round job opportunities to address root causes of the issues we’re facing in the community.”

The issue of reckless driving has plagued the city for years, and some believe the problem has gotten worse. Milwaukee resident Katie Velazquez said it’s not uncommon to see cars traveling at freeway speeds on residential streets.

“All these people are in such a hurry,” she said.

The task force report said from 2014 to now, there were 229,823 traffic offense cases, many of which would be considered reckless driving. Some involved police pursuits.

A report released last April by the Fire and Police Commission said police chases increased from 369 to 940 from 2017 to 2018, with more than one-fourth of those chases resulting in accidents.

In addition, a February 2020 Wisconsin Policy Forum report found that motor vehicle fatalities increased by 97 percent in the city from 2013 to 2018, with speeding being a primary factor.

And just this month, Isidro Vega-Quintero and his wife, Sandra Vega-Quintero, were killed in their vehicle by another car traveling at high speeds through a yellow light, according to news reports and a video of the crash that was posted on social media.

The plan’s recommendations were guided by community input and the work of three subcommittees: one focused on prevention and education; one on engineering solutions; and the third on accountability and enforcement. Task force members also examined best practices from other cities and reviewed evidence-based research to help create the plan’s policy solutions.

Velazquez found merit in some aspects of the plan, including increasing penalties for offenders.

“The fines should go up after each offense and then the license revoked after so many violations,” she said.

Another resident, Kelly Waupoose Murphy, said she thinks speed bumps, red light cameras and roundabouts, all recommendations in the plan, can make a difference. But she says more policing and punitive measures are needed.

“Have traffic police posted in busy intersections during peak times and have higher fines,” she said.