You are here: Home / Home / Carousel / A legacy of resistance: Historical resources for understanding local and national protest movements
Share this... 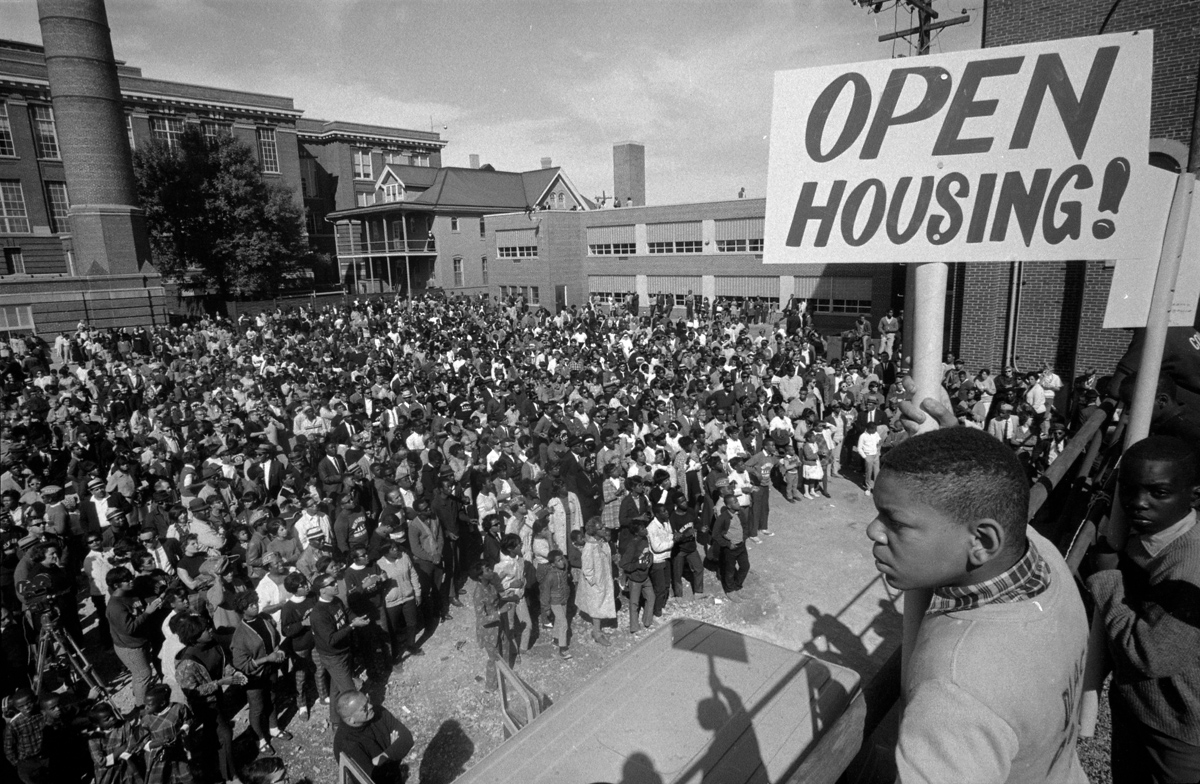 Young people have long been the leaders and organizers of protests in Milwaukee. (Photo courtesy of Milwaukee Journal Sentinel and Historic Photo Collection, Milwaukee Public Library)

Since George Floyd was killed by a police officer in Minneapolis, Milwaukee has seen daily protests and marches throughout the city.

Many of the demonstrations have been led by young people, and Milwaukee’s history of protests shows that this is nothing new.

In that era, some Milwaukee Public Schools went to great lengths to create the appearance of integration, while keeping segregation alive within their building. African American students and teachers from the North Side were bused in every day to schools on the predominantly white South Side but kept separately from the whites once inside the school. They started school an hour late, left early and in some cases had to ride the bus back to their neighborhoods for lunch, Jackson said.

Eventually, students, parents and teachers experiencing these indignities said enough and began holding school boycotts to desegregate schools. After the school board failed to integrate schools, Milwaukee United School Integration Committee, or MUSIC, held its first boycott on May 18, 1964, according to March on Milwaukee.

During the boycotts, students attended Freedom Schools, which were alternative schools housed in churches and community centers. Teachers taught academic subjects, but there was an emphasis on freedom, brotherhood, justice and equality.

While youth were not the leaders of the MUSIC protests, their role in protests grew as the decade continued.

In 1963, the Milwaukee NAACP Youth Council, with their adviser John Givens, began its first direct action campaign against employment discrimination at a local restaurant. In 1966, it protested the white Fraternal Order of Eagles Club with adviser Father James Groppi, and a year later, joined Ald. Vel Phillips, who had been a teacher at the Freedom Schools, in the Open Housing Marches. The Youth Council marched for 200 consecutive nights for an open housing law that was passed in 1968.

“The youth have a unique perspective of challenges in the city,” Jackson said.

“They are walking in the footsteps of their parents and grandparents,” he said. “It’s a beautiful thing to see people pass the baton on to young folks.” 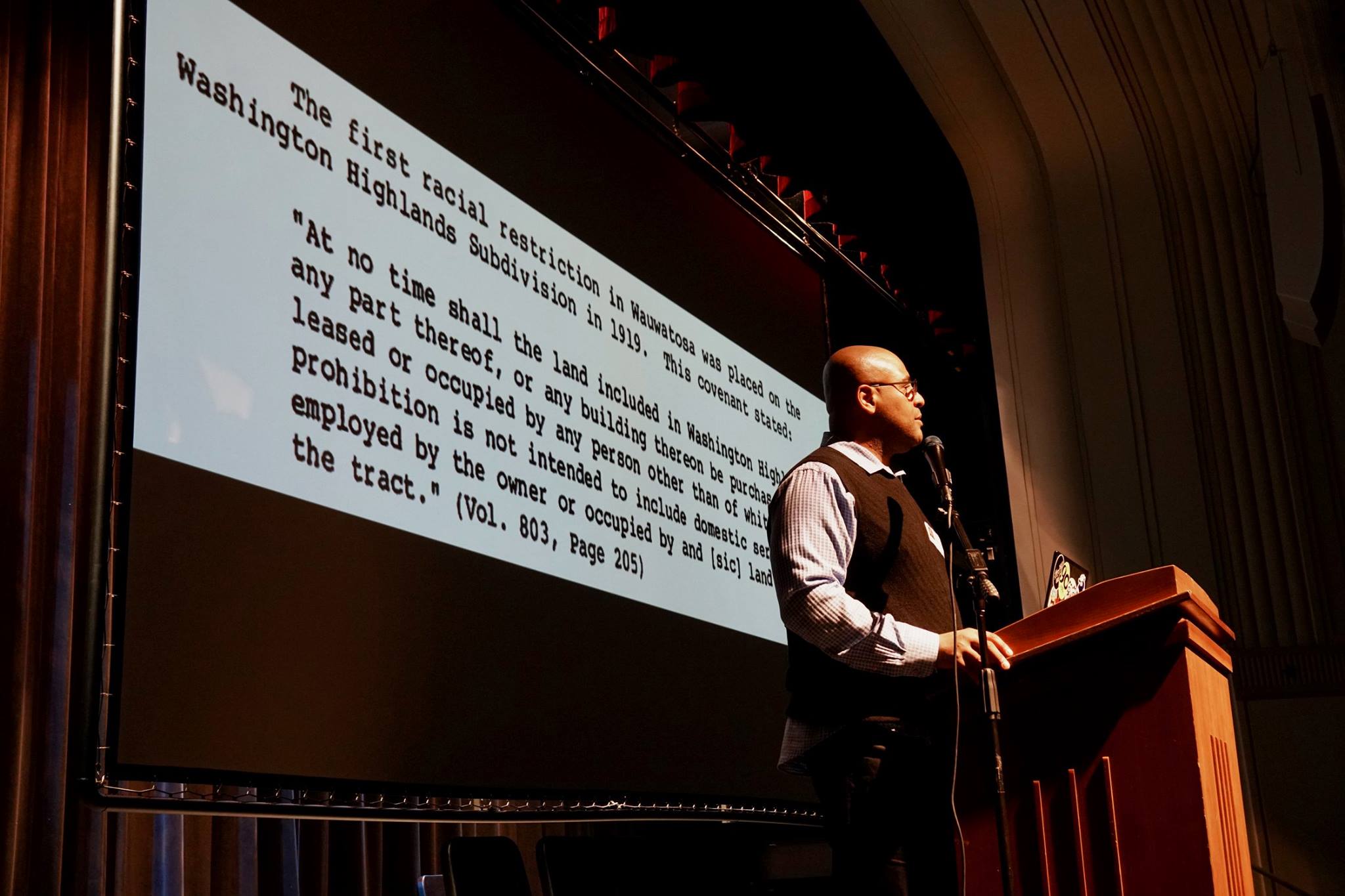 Robert Smith, the director of Center for Urban Research, Teaching & Outreach and associate professor of history at Marquette University, said that young people understand the importance of the now.

Young people are taught to be respectful and expect respect in return, but if that doesn’t happen, they call out that mistreatment, Smith said.

“Every human being is entitled to basic human rights just because we exist,” he said. “I shouldn’t have to wait for them.”

Smith said he doesn’t expect the current demonstrations to end anytime soon. Everyone is engaged in this moment, he said. While he anticipates change, Smith said that it is dangerous to think there will be sweeping changes.

“I think we will see significant changes in police enforcement, but it does not mean all the problems will go away,” he said.

The United States has a deep history of racist behavior and so many of this nation’s institutions are rooted in racism, he said, and it’s going to take a long time to uproot this sickness.

Part of addressing the root of the problem is understanding how history has shaped the policies, practices and behaviors of today. Below is a list of critical and historical resources. The list is broken into several parts and has sections on Milwaukee’s history, educational resources, films/documentaries and books.

Please note, some institutions may be closed due to the coronavirus pandemic.

Are we missing a critical or historical resource? Please, put it in the comments below or send us an email to info@milwaukeenns.org with the subject line “Historical Resource.”

America’s Black Holocaust Museum, 401 W. North Ave. has an extensive virtual collection open for exploration. The museum’s four pillars are remembrance, resistance, redemption and reconciliation. The museum begins its history in before the slave trade began in Africa and continues to the African American experience in the present day. Its galleries feature videos, readings, photos and more.

The University of Wisconsin-Milwaukee and the Wisconsin Historical Society created a collection of Milwaukee’s Civil Rights Movement. The digital collection, titled “March on Milwaukee,” is a collection of personal essays, photographs, interviews and more. The collection is categorized by people, events, places, organizations and subjects.

The Milwaukee Public Library has multiple historical resources covering Milwaukee’s history of protests. There is a gallery of the photos from Milwaukee Civil Rights Movement. By searching keywords such as “open housing,” “protests” and “demonstrations,” viewers can find more photos in the library’s photo collection.

The Central Library, 814 W. Wisconsin Ave., has a collection of  local newspapers and article clippings that cover the events from the 1950s to the 1980s. Individuals can look at the subject index to find topics related to the Civil Rights Movement.

The library also has the Dr. James Cameron Pamphlet Collection. The collection, which can be viewed online, consists of 37 pamphlets written by Cameron on the topic of slavery, civil rights, Milwaukee police and community relations. Cameron, who survived a lynching, founded America’s Black Holocaust Museum.

The Wisconsin Black Historical Society is temporarily closed, but some of its resources are still available online. The learning center, for example, has lessons plans and worksheets for students in elementary and secondary school that focus specifically on Wisconsin’s African American history.

Urban Underground, 2342 N. 27th St., is a local youth organization that teaches young people how to be leaders. The organization is for teens ages 13 to 18 who want to make a difference in their neighborhoods. Through various activities, members learn about social justice in the areas of public safety, education, health and juvenile justice reform.

Urban Underground is deliberate in exploring Milwaukee and gives youth the opportunity to challenge the status quo of their neighborhoods, Jackson said.

Milwaukee Public Schools recently released a resource guide for teachers, parents and students. The guide offers resources on how parents can talk to their children about race, racism, police violence and more. The guide includes a list of resources to practice self-care and understand stress.

Marquette University’s library creates a list of antiracism resources available in and beyond the library’s collection. The resources listed range from videos and podcasts to books and articles.

The National Museum of African American History & Culture first opened in 2016. It is dedicated to the documentation of African American life, history and culture. The museum has an online guide titled “Talking About Race,” which breaks down why talking about race is important and offers tools and resources.

Ava DuVernay’s 2016 documentary “13th” breaks down the history of the prison system and the role race plays in mass incarceration. The title comes from the Thirteenth Amendment, which legally abolished slavery. The documentary is available with a Netflix subscription and is currently on YouTube.

“When They See Us” (Recommended by Rob Smith)

“When They See Us” is a film by Ava DuVernay, which is based on the story of the Central Park Five. The story follows five male teenagers who were wrongfully convicted of rape in 1989. The film is currently available to watch on Netflix.

“The Blood is at the Doorstep”

The documentary, “The Blood is at the Doorstep,” follows the Hamilton family after the shooting of Dontre Hamilton. The story starts in 2014 when the Hamilton family is grieving the loss of Dontre at the hands of the police and continues as they fight for justice and educate the community. The film is currently available to stream for free on IMDb TV and Tubi. Follow the Facebook page to stay informed on streaming availability.

In Milwaukee, everyone knows of the 53206 ZIP code, and in 2016 the nation was introduced to it in the documentary “MILWAUKEE 53206.” The documentary follows the lives of those living in 53206, which has one of the highest incarceration rates of Black men in the nation. Although it is currently unavailable to screen, individuals can visit the website or its YouTube channel.

“Queen Sugar” is a TV series based on the novel by Natalie Baszile. The show follows the lives of the Bordelon siblings. The story begins after the death of their father who has bequeathed them a sugarcane farm in rural Louisiana.  The show is produced by Oprah Winfrey and Ava DuVernay and airs on the Oprah Winfrey Network. Currently, it is available to watch on Hulu.

“I Am Not Your Negro” (Recommended by Robert Smith)

Vox, a digital news platform, curated a book list that covers police brutality and racism in America. The list includes books such as “White Fragility: Why It’s So Hard For White People to Talk About Racism” by Robin DiAngelo and “The New Jim Crow” by Michelle Alexander. Readers are encouraged to support Black-owned bookstores.

Use the key words “Milwaukee” and “civil rights” to find books that further illustrate Milwaukee’s role in the Civil Rights Movement. Such books include “The Selma of the North: Civil Insurgency in Milwaukee” by Patrick D. Jones; “Father Groppi: Marching for Civil Rights” by Stuart Stotts; “City with a Chance: A Case History of Civil Rights Revolution” by Frank A. Aukofer; “The Milwaukee Police and Latino Community Relations, 1964-2000: The Role of Latino Officers” by Antonio G. Guajardo Jr.; “Not Yet ‘Free at Last’: The Unfinished Business of the Civil Rights Movement: Our Battle for School Choice” by Mikel Holt; and “200 Nights and One Day” by Margaret Rozga.