You are here: Home / Home / Carousel / ‘I refuse to lose’: How this lifelong musician remains resilient through the COVID-19 crisis and beyond
Share this... 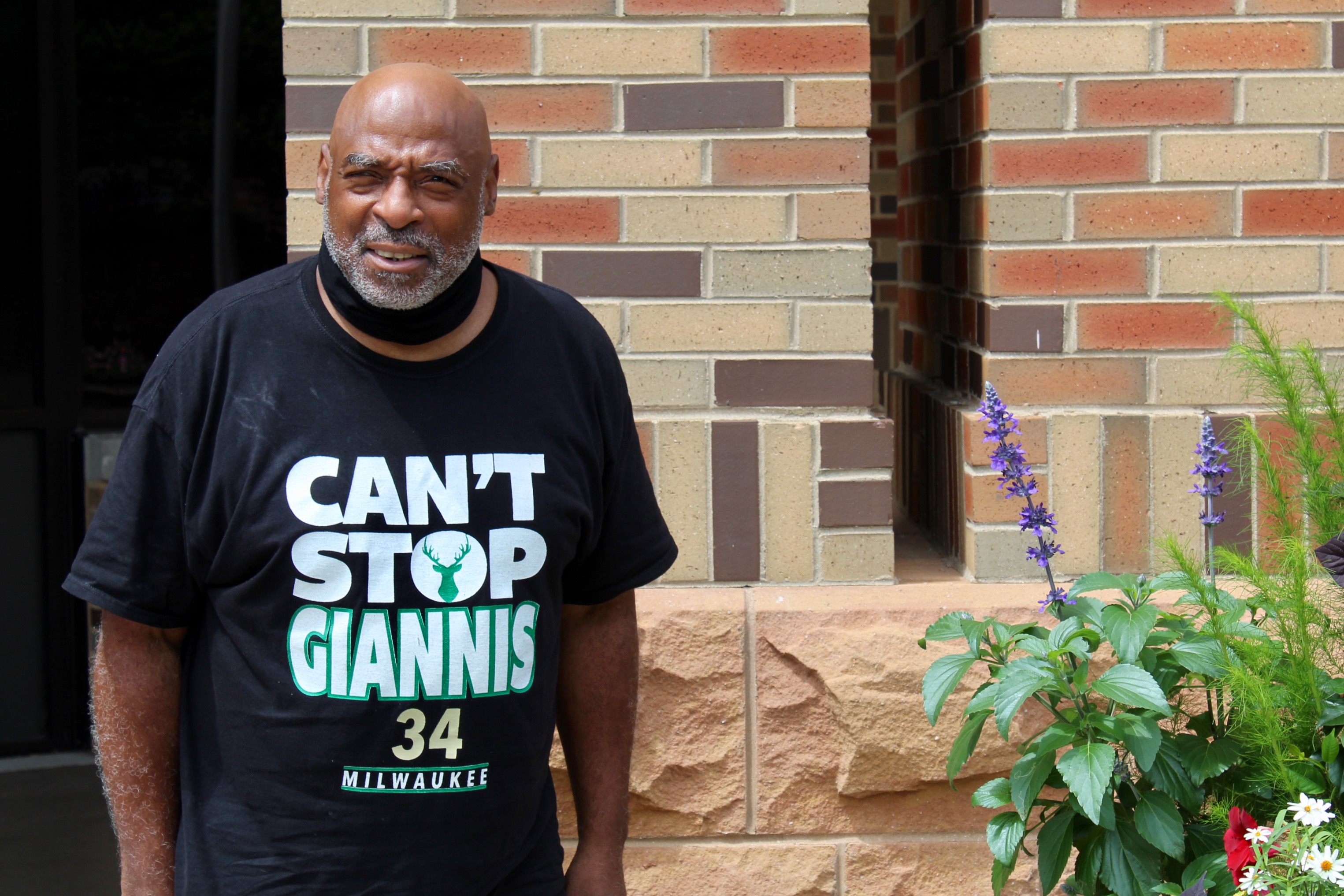 Victor Campbell has spent most his life lending his talents to other musicians. Now he’s using them to fight for better efficiency in Milwaukee’s emergency social programs. (Photo provided by Victor Campbell)

Victor Campbell has been providing joy to others through music for years.

But after COVID-19 took away his source of income, the 62-year-old jazz drummer didn’t miss a beat.

He just shifted his focus to survival.

“I refuse to lose,” said Campbell, who was laid off from his job as a medical transit van driver and then denied unemployment benefits.

This loss of income left the Sherman Park resident struggling to pay his bills, so he applied for aid through the Wisconsin Rent Assistance Program in early June.

After over a month, Campbell said he hadn’t  heard back from the program, which has been struggling to meet a backlog of cases.

Determined not to be displaced, Campbell  reached out to the New York-based Jazz Foundation of America and Los Angeles-based MusiCares. Both have programs that provide relief to musicians sidelined by the COVID-19 pandemic.

Campbell said both organizations provided him with help only a day after he called.

And he’s made it his mission to get programs in Milwaukee to be just as responsive.

“The system of resources in this city is a game,” Campbell said. “People are in need and are being given the runaround.”

For Campbell, the process in Milwaukee has been a constant cycle of calling. And waiting.

At one point, the Social Development Commission, which is one of two agencies in Milwaukee County administering the Wisconsin Rent Assistance Program, had a backlog of 24,000 names.

Campbell has written letters to county, city and state officials to address this issue. His letters have taken to task not only the Wisconsin Rent Assistance Program but also the Department of Workforce Development, which oversees unemployment compensation, and other agencies as well.

Campbell said he’s never been the type to wait for what he wants or needs.

That’s why the process of receiving rental aid has been so frustrating for him.

“It is not fair for someone who has done everything right to have to wait weeks and even months to know if they will receive the help they need,” he said.

Those who know Campbell are not surprised by his resilience.

“Victor is a Jun-Jun drummer,” said Ferne Caulker, who has known Campbell for over 15 years and recently retired as artistic director of the Ko-Thi Dance Company “A big part of that is understanding what it is to be the foundation of something. I think that is a part of his personality.”

Though Caulker has known Campbell only as a musician, she’s not surprised he’s working to change things.

“He is one of the best jazz drummers in the city,” she said. “But he will still return to the ensemble to teach and learn from the younger generation, and that takes humility.”

For more than 56 years, Campbell has shared his talent with local legends such as Manty Ellis and Willie Higgins and with national acts like Tim Ries, Gary Richrath and The Drifters.

The traveling musician returned home in 2013 to have hip surgery. He planned to get back on the road after recovery, but his goal was short-circuited when he found out he had to get surgery on both shoulders the next year.

Still not giving up on his dream, Campbell decided to get a day job driving medical transit vans until his shoulders healed properly and he could go back on the road. He has continued to play locally since he’s been back.

“My doctor told me I was the first person to get my shoulders done back-to-back the way I did,” Campbell said. “But I didn’t have time to sit around and wait.”

“Victor is ambitious, dedicated and loyal,” said John High, a pastor and close friend of Campbell’s. “If he thinks it’s affecting other people, he cares about it.”

According to High, who has played music with Campbell since 1981, Campbell comes from a line of people who advocate for themselves. Campbell’s father, Floyd Campbell, was among the first Black men to move to Mequon.

“I think his resilience might be a generational thing,” High said.

Regardless of the reason, Campbell plans to continue working toward changes that will help people like him.

“I will keep calling and writing and complaining until these programs restructure themselves into programs that actually help people,” he said.