You are here: Home / News / Arts and Recreation / ‘A big blank canvas’: Milwaukee’s creatives of color talk about the city’s challenges and their triumphs
Share this... 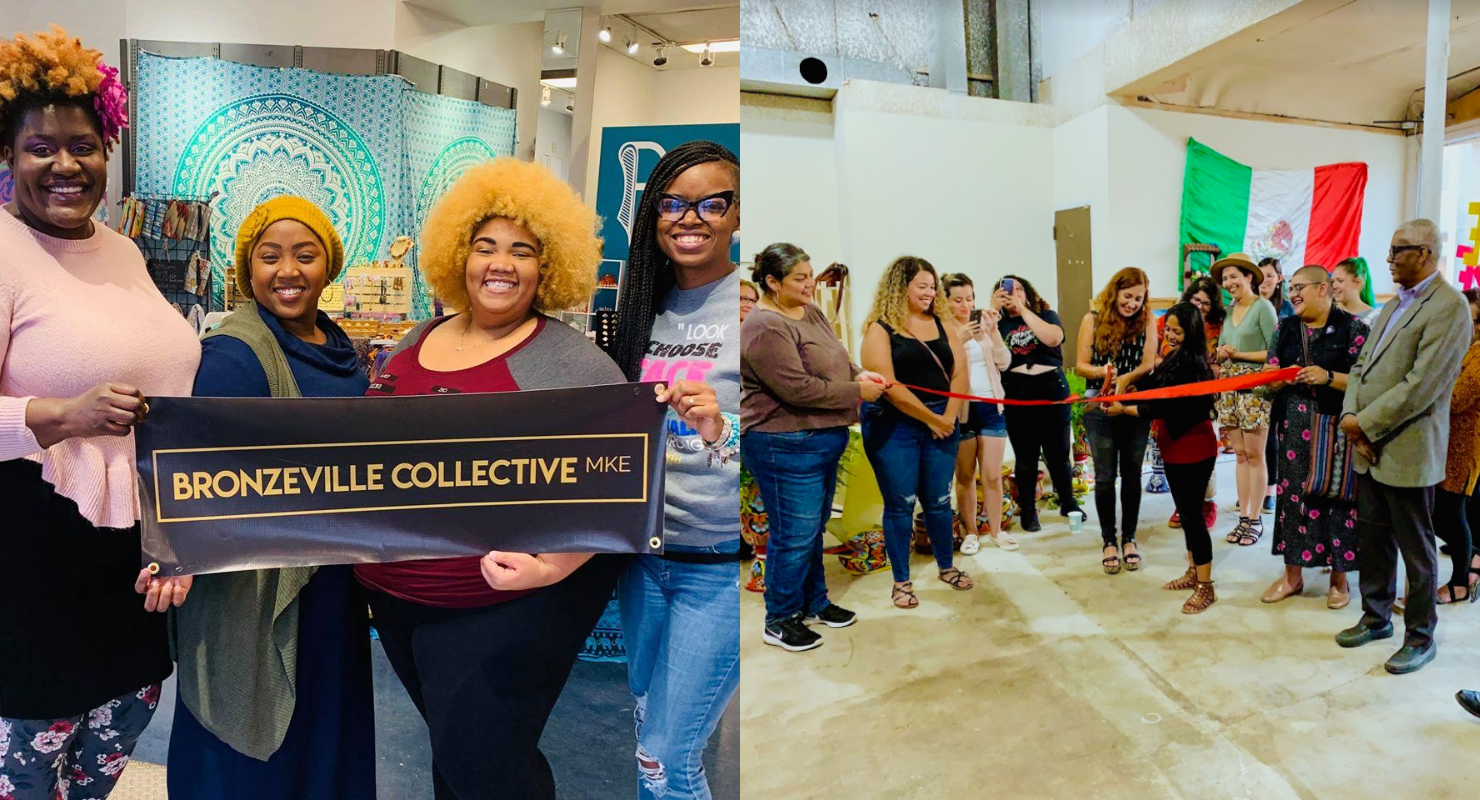 When people think about Milwaukee, its creative space may not immediately come to mind.

In recent years, however, that notion has slowly started to change — in part thanks to groups such as the Bronzeville Collective and the LUNA Collective.

Both collectives, which feature local Black and brown artists, were created to offer a space for Milwaukee creatives of color.

The Bronzeville Collective, founded by Lilo Allen of Papyrus & Charms and Tiffany Miller of Fly Blooms, became official in October 2018.

Allen and Miller were participants in RISE MKE, a program through the African American Chamber of Commerce that taught entrepreneurs about finances.

“At the end of that program you’re able to pitch your business idea, and it’s really like ‘Shark Tank,’ ” Allen said. “We pitched the idea of the Bronzeville Collective while we were actively testing the model.”

While in the brick-and-mortar, Allen and her fellow entrepreneurs grossed $17,000. The model showed that having a physical space was viable and could be successful, Allen said. Miller and Allen pitched the idea of the Bronzeville Collective and received $3,000, which was enough to secure the physical space at 339 W. North Ave.

Through Riveros’ connections, the duo was able to gather a group of Latinx artists. After a year of meeting, LUNA decided to hold an art show.

“We had our first show in the July of 2018, and it just blew up,” Avila Loughmiller said.

Eventually the group formed an LLC and participated in Pop- Up MKE, where it received a physical space for 30 days.

Avila Loughmiller noted that when she came to Milwaukee, she saw a lot of potential to collaborate and be inspired by other artists.

“I feel like it’s a really ripe time for this and that’s why the Bronzeville Collective and LUNA have seen so much success,” she said. “Milwaukee and our neighborhoods, particularly our Black and brown neighborhoods, are hungry for it and are excited to support local artists.”

Allen said that until recently, there wasn’t a space for Black and brown creatives to feel represented much less thrive in. She said she feels obligated to create a welcoming space for younger creatives.

“I like to view this city as a big blank canvas,” she said. “You go to these other cities and there’s these huge art corridors, and we don’t have much of that but its growing and you can see it.”

Part of being a creative is knowing how to hustle. Both Allen and Avila Loughmiller acknowledged that part of their motivation and drive comes from being in a collective.

Hustling is part of a being an artist, which can be scary, Avila Loughmiller said, and the collective offers that necessary support system.

“The great thing is that I have this trust and support and we [the collective] really are friends, it’s not just this business transactional thing,” she said.

“But the inspirational piece for me is just having folks come and be a part of what you’re building,” Allen said.

Their advice to other artists is to create when it feels right and to be introspective when it does not.

Right now, Allen said, is a time to be safe.

“It’s your time so don’t feel pressured to be creative in this moment,” she said.

Post-quarantine she recommends making meaningful connections and finding a community that looks like you and honors the work you do.

“I think the collective model isn’t for everybody, but I can’t recommend it enough,” Avila Loughmiller said.

OPINION: Dear white gallery owner: Here’s how not to erase the narratives of Milwaukee’s black and brown artists

How four artists are flexing their creative muscles during COVID-19