You are here: Home / Home / Carousel / COVID-19 forced him to fight for his life. Now he’s fighting for others.
Share this... 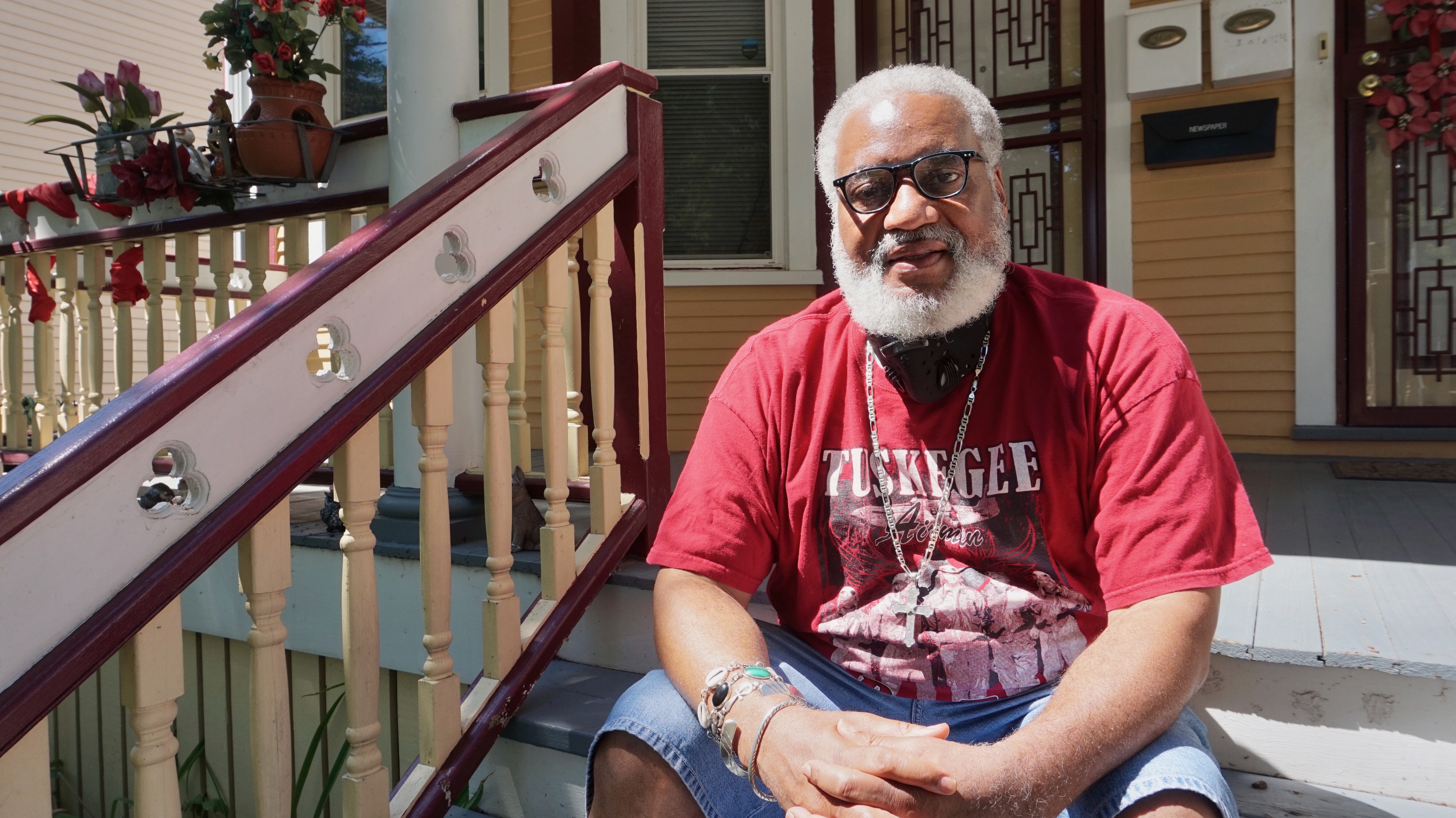 Pastor Greg Lewis, the founder and president of Souls to the Polls and Pastors United, survived the coronavirus. Now, he’s back to organizing for change. (Photo by Bridget Fogarty).

He’s usually focused on helping others.

Lewis serves as the assistant pastor at St. Gabriel’s Church of God In Christ, 5363 N. 37th St., and is the founding president of Pastors United and Souls to the Polls. Both are Milwaukee-based groups that organize hundreds of faith leaders who are seeking solutions to the issues impacting Black residents and strengthening civic engagement in their congregations.

Yet as the coronavirus hit Milwaukee in March and both of his organizations began working to meet the community’s needs remotely, the 62-year-old began to develop a strong cough. Then he started getting chills and his body ached.

His doctor treated him for bronchitis, but he only felt worse after a couple of days on antibiotics. Lewis couldn’t eat, drink or taste anything, and he felt so fatigued he could barely walk from his bedroom to the kitchen across the hall.

When he finally took his temperature, it was about 104 degrees. He went to get tested for COVID-19, and his results came back as he had feared — positive.

“That sent him in a downward spiral,” said Annette Lewis, the pastor’s wife who works as a manager for the City of Milwaukee. “All we could do is make sure he gets rest.”

Though she felt sick as well, she took care of her husband around the clock for about two weeks. One day, as he lay in bed, something didn’t feel right to him.

Fighting for his life

Lewis was rushed to Froedtert Hospital’s intensive care unit. As he lay in the hospital bed, doctors stood outside his room to avoid contracting COVID-19 and began asking him the unimaginable: Did he have his personal affairs in order? If he became unconscious, would he want to be resuscitated?

“I couldn’t move,” Lewis said. “I was dying— and I knew it. And now I know what it feels like to die a slow death, ’cause that’s what that COVID does to some of us.”

As Lewis endured the next three days in the ICU, Annette waited to hear if her husband was dead or alive. She finally received a call from Greg on the third day — he was in stable condition and moving from the ICU to a floor with other coronavirus victims. Doctors discovered Lewis, who has Type 2 diabetes, had bronchitis, pneumonia and infected lungs — and COVID-19 had exacerbated all of that, leaving him unable to breath without a ventilator.

He spent the next three days on his stomach to increase oxygen to his lungs and was awakened frequently to receive a shot of insulin for his diabetes and antibiotics for the other conditions. On the fourth day, he was finally able to go home and continue his recovery with Annette’s aid.

“Even though I wasn’t feeling the best, I still had a strong will to take care of me and him,” she said.

Now, Lewis is healthier but still feeling lingering effects of COVID-19 on his respiratory system. “I know if I’m trying to preach, and I’m starting to get really excited, I have to stop because I’ll cough a lot,” he said.

He said he’ll tell his survival story to anybody who will listen and wants people to know that what happened to him could happen to them or their loved ones.

“That virus is real, and people don’t understand it,” he said. “They keep thinking that they don’t need to wear masks or protect themselves from it. But I can guarantee you – if you went through what I went through, you’d understand how deadly that virus is.”

As he doesn’t know when he first came in contact with the virus, he believes there’s no such thing as being too careful.

“I don’t think you need to apologize for believing that you have to be a certain distance from one another, or have a mask on,” he said. “All it needs is to get one little droplet. That’s all it needs, and it’s over, you’ve got it . . . that’s how infectious that virus is.”

Ready to face another fight

Lewis is back to what he does best: lifting up his community through faith, organizing and civic engagement.

“He’s invested in the people,” said Pastor Mose A. Fuller, the vice president of Pastors United, who calls Lewis a true community organizer and “the hardest working pastor in the community.”

Through Lewis’s leadership, Pastors United created programs that help residents in congregations across the city focus on building their credit to overcome the financial barriers to homeownership. According to Fuller, the organization has helped 32 families move into homes.

With Souls to the Polls, he’s organizing a voting bloc of Milwaukeeans who work to fight voter suppression and make the election process more accessible on Nov. 3.

And “it’s not just about voting,” he said. The group will continue fighting after the election to ensure the issues impacting their communities are addressed by officials.

“It’s devastating” not to share fellowship as they once could, he said. Elderly church members — whose ages put them at a higher risk of health complications with the coronavirus — avoid gatherings, sometimes opting to attend virtual services instead.

Lewis knows people in his own congregation who have contracted the coronavirus. Four of his friends died from it while he was in the ICU.

Yet through the challenging past six months, Lewis’s faith hasn’t dwindled. Surviving COVID-19 has re-energized him to continue his work.

“I’m more dedicated than ever to fighting for our people to understand true freedom,” he said. “That is something that has been strengthened in a way that only a person who has faced death can understand.”