You are here: Home / News / Arts and Recreation / ‘I can show you better than I can tell you’: Meet the man behind ‘Milwaukee in Pain’
Share this... 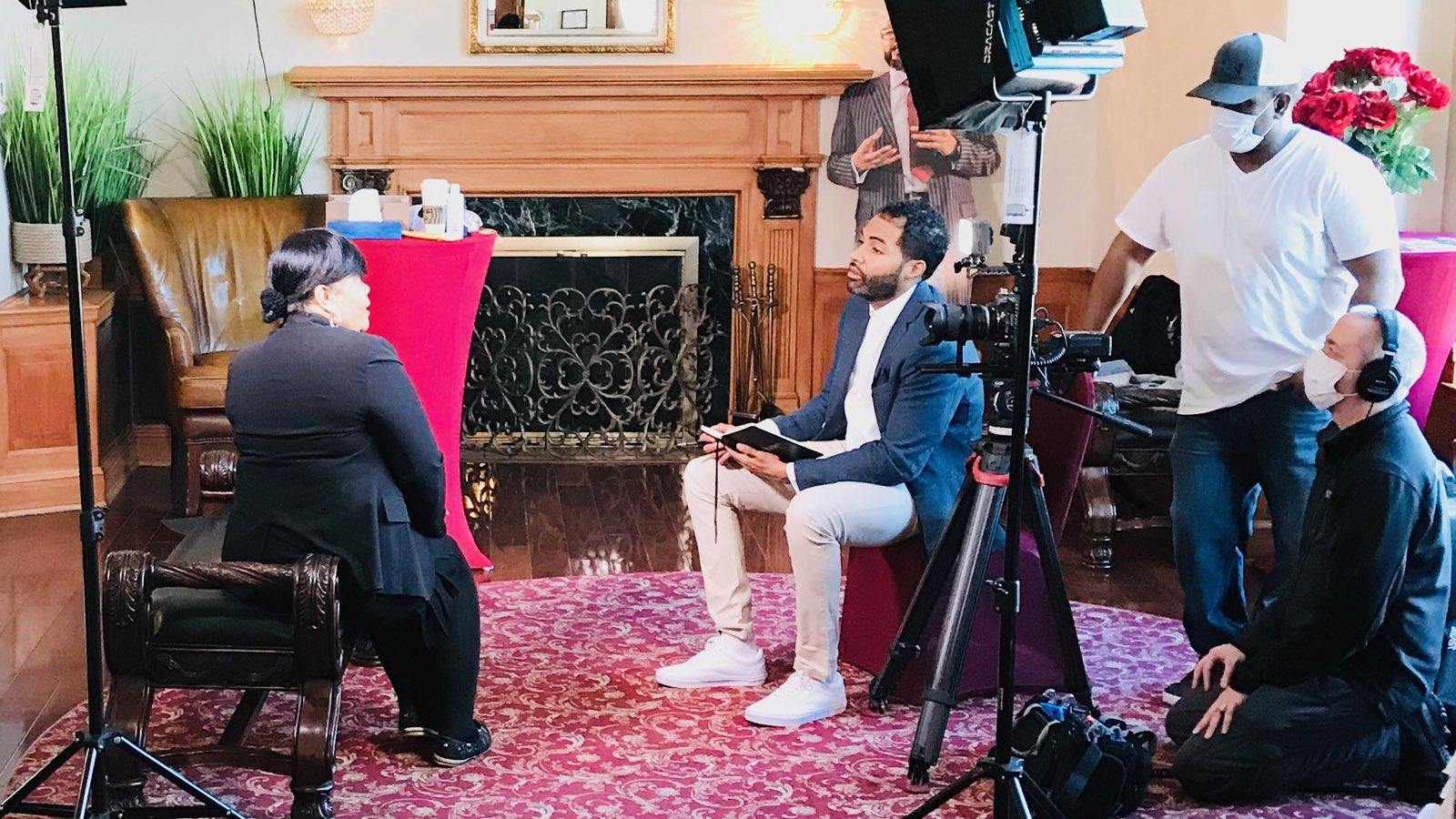 Theo Rogers interviewed residents for “Milwaukee in Pain,” a documentary about how the COVID-19 pandemic is affecting the Black community. (Photo provided by Theo Rogers)

After the coronavirus canceled most of the events he relied on for business, Theo Rogers began searching for a new purpose.

So the Las Vegas resident came back to his hometown armed with a camera and a vision.

The result: A documentary, “Milwaukee In Pain,” which explores how COVID-19 has affected the Black community.

“I can show you better than I can tell you,” said Rogers, who grew up  at 29th and Congress. The 35-year-old is an audio engineer who produces audio and visual effects for shows and events.

After filming testimonials for his church, Rogers became inspired to do a documentary with the skills he learned. And he felt the best way to tell Milwaukee’s story would be from behind the lens of a camera.

His documentary discusses systemic oppression and racism. Rogers said the pre-existing hardships Black people face, coupled with the coronavirus, creates “a pandemic on top of a pandemic.”

“I’m trying to figure out where the structure has been broken,” Rogers said.

“When people think of Milwaukee, they think of ‘Happy Days’ and beer,” Rogers said. “They don’t think of segregation and oppression.”

The documentary also shows the resilience of members of the community. Rogers said small Black businesses, in particular, have reinvented themselves during the pandemic.

He said Hookahs by Tweezy, a smoke shop located at 6050 W. Fond du Lac Ave., is an example.

Antwan Hogans has been posting pictures of his products on social media and delivering them to people since the pandemic started.

Hogans praised Rogers for telling a story that’s important to the community.

“He was down, and he was trying to do something positive for the city,” Hogans said.

In the documentary, Pitts offers her on-the-ground perspective of the COVID-19 pandemic, as she saw a 30% increase in funerals during the early stages of the pandemic.

The Rev. Marlon Lock, pastor of the Unity Gospel House of Prayer, also is featured in the documentary.

Lock said he wanted to show viewers the strength of the community through charitable works. He pointed to recent examples, such as his church’s partnership with UnitedHealth to distribute toiletries to residents.

“We want to show them what love looks like, not just tell them,” Lock said. “Coming together now is more critical than ever.”

Ultimately, Rogers said he really just wants to start a conversation at the dinner table.

“I want people to relate and see what’s going on in my home city,” he said.

How to see ‘Milwaukee in Pain”

The documentary can be viewed on Rogers’ website for $4.99. Rogers said it will eventually be available on Amazon Prime. The documentary, which is 35 minutes long,  premiered Aug. 25.