You are here: Home / Home / Carousel / NNS wins national journalism award for ‘Best Solutions Project of the Year’
Share this... 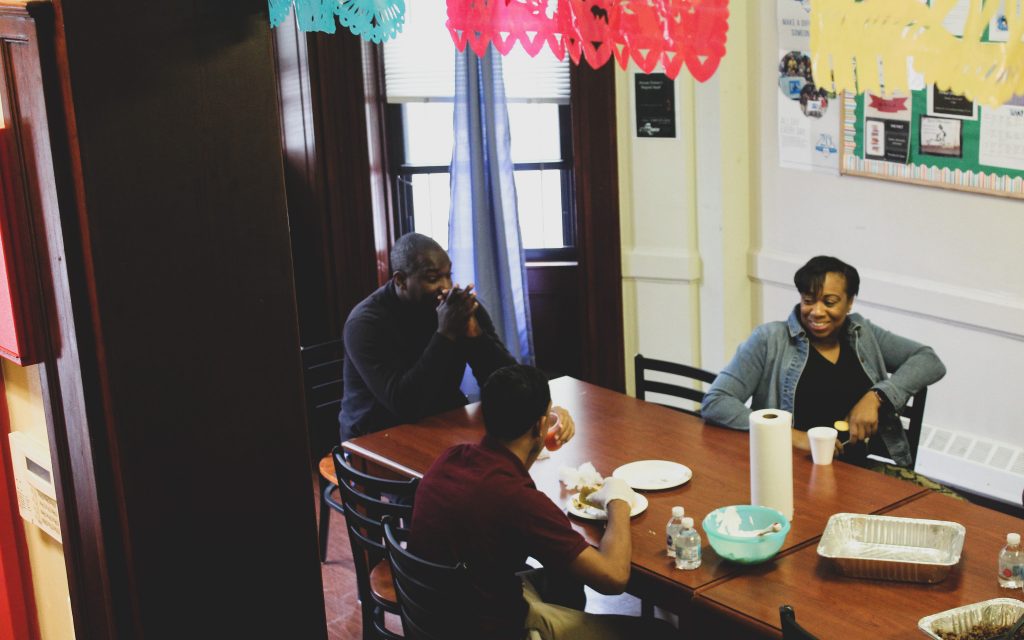 Allison Dikanovic traveled to New York City to see what juvenile justice looks like in a state that has often been hailed as a model for how to treat young people. Here, youths eat lunch with staff members at a big family-style kitchen table at a limited-secure Close to Home facility in Brooklyn, New York. (Photo by Allison Dikanovic)

The Milwaukee Neighborhood News Service has won first place for “Best Solutions Project of the Year” in a national journalism contest for its reporting on the closing of the Lincoln Hill and Copper Lake youth prisons and the implications for Milwaukee.

Former NNS reporter Allison Dikanovic received a grant from the Solutions Journalism Network to travel to New York City to report this story. She visited two Close to Home youth justice facilities, two mentoring groups and met with various stakeholders in the system, including youths, parents, nonprofit organizations, advocates, researchers and city officials to learn about changes that New York made to its system.

The three-part series took top honors in the 2020 national LION Awards, which celebrate the best of independent online media across the U.S. and Canada. 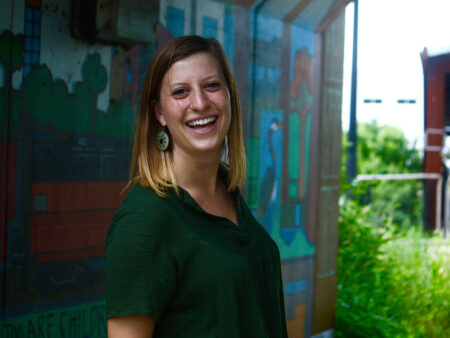 “Allison Dikanovic worked tirelessly to give our readers a comprehensive look at what juvenile justice looks like in New York, and what it could look like in our city,” says Ron Smith, NNS editor. (Photo provided by Allison Dikanovic)

Sponsored by the Local Independent Online News Publishers group, the awards were judged by 30 judges from across the industry who evaluated 169 entries from LION members.

“A very important project that was well executed,” the judges said. “A truly exceptional example of solutions journalism, taking a pressing local problem, and displaying how other communities have solved it. While it remains to be seen whether or not Wisconsin takes on the model, this work leaves decision-makers few excuses on how to build a better model.”

Housed in the Diederich College of Communication at Marquette University, NNS is an independent nonprofit newsroom that emphasizes evidence-based journalism. Our staff is made up of professionals, student interns and a volunteer cohort from throughout Milwaukee who seek to tell the stories of the ordinary people who do extraordinary things in our neighborhoods.

While our work is free to read, our labor costs money. Please consider making a donation so that we can continue to deliver high-impact stories in our communities.