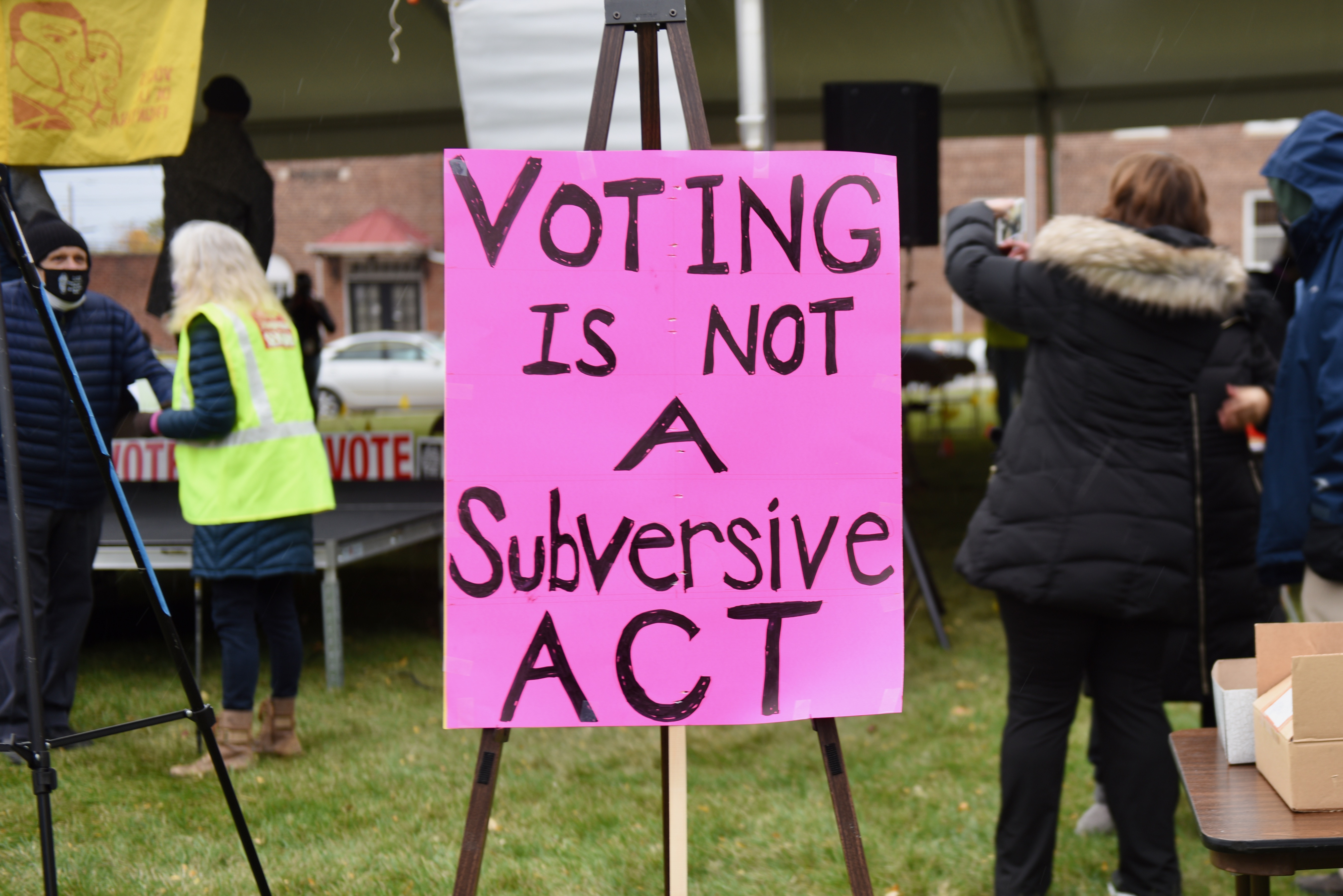 Groups from across the city have mobilized to register voters and to raise awareness of the issues they consider important. (Photo by Sue Vliet)

Residents of Mercy Housing, which operates five affordable housing sites in Milwaukee, grew concerned when only five in-person polling stations were open in the city during the spring election in April.

“They were left with a lot of uncertainty, and worried that the number of polling locations in Milwaukee would be cut down again in November,” said Clarissa Cameron, regional director of resident services at Mercy Housing, the largest nonprofit owner of affordable housing in the country.

In response to concerns from residents, most of whom are elderly or have special needs, Mercy launched a get-out-the-vote  initiative in August that focused on early and absentee voting.

“We helped them make voting plans, get registered, told them all the important dates and walked them through the entire process,” said Cameron, whose group partnered with Common Ground to provide resources to residents, including Chromebooks that were cleaned after each use.

In addition to offering health and wellness services, Mercy Housing has worked for years to increase civic engagement among residents. Things were much different this year, as the goal of empowering residents was complicated by COVID-19.

“Our first priority is making sure our residents are safe, so we wanted to help them learn how to vote early so that they can avoid the crowds on Election Day,” Cameron  said.

The group’s hard work paid off. Of 545 Mercy Housing residents in Milwaukee, 70 percent of those who are eligible to vote are now registered, a 45 percent increase from the beginning of the initiative. Many have already voted, Cameron said.

Another group that changed tactics as the coronavirus tightened its grip on the state is the South Side nonprofit Layton Boulevard West Neighbors, which now goes by the name VIA Community Development Corporation.

“This year we’re focusing on alternatives, phone calls to residents, online or social media and doing whatever else we can to get information out to people without putting anyone at risk,” said Lidia Villazaez, community outreach manager for the organization.

The organization teamed up recently with other local groups to participate in a Pack the Polls Car Parade, which traveled from the North Side to the South Side of the city.

“The goal was to get the message out about early voting,” Villazaez said about the caravan that included residents and elected officials. “We’re doing whatever we can to share information in a safe way.”

On Election Day, the group will distribute masks, sanitizer, snacks and pens at ALBA School, 1712 S. 32nd St. The materials will be made available to any resident, regardless of polling location, Villazaez said.

Aside from concerns about the coronavirus, many residents in the area served by VIA are not able to vote, she said. She lets those individuals know, however, that they can still get involved.

“We ask them to encourage their son, daughter, husband and whoever else to vote for the needs of their family,” she said. “You can still be engaged by volunteering to spread the message about voting, and there are also a lot of ways to communicate your concerns with your elected reps.”

There are many other organizations working to increase turnout, including Black Leaders Organizing Communities and the Southside Organizing Center.

As of Wednesday, 125,204 absentee ballots have been returned in the City of Milwaukee, according to data from the Wisconsin Elections Commission.

Villazaez said she has been encouraged by what she’s seen so far.

“There have been a lot of people that have said they already returned their absentee ballots and  other groups have their plans for early voting,” she said. “People want to have their voice heard.”

What you need to know about Election Day

Election 2020: Your guide to Election Day resources and events

Election 2020: What voters with disabilities need to know about Nov. 3 election

Can you vote if you have a criminal conviction?