You are here: Home / Home / Carousel / NNS Spotlight: Milwaukee native finds success by lifting up others
Share this... 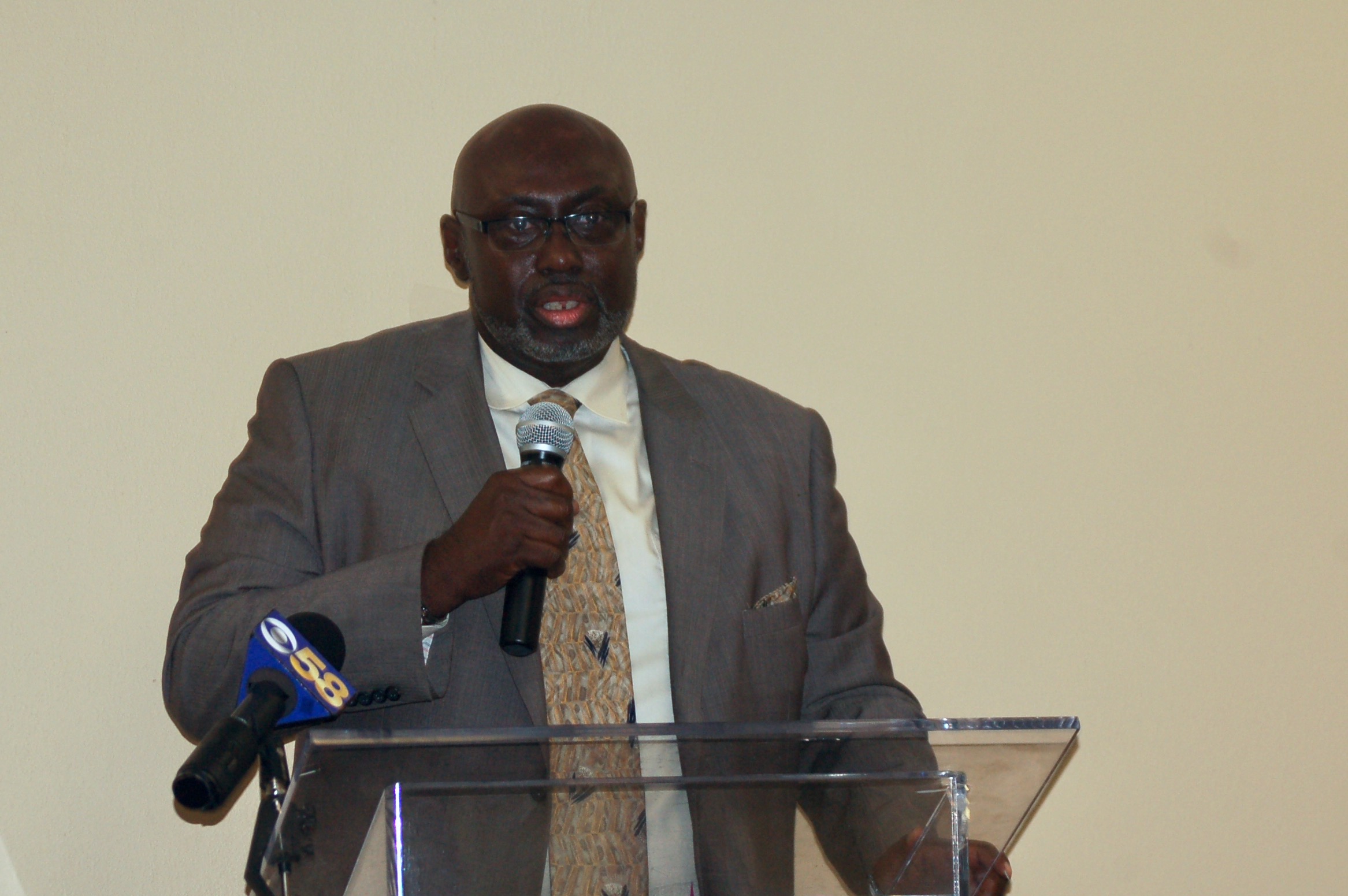 George Hinton, the CEO of the Social Development Commission, speaks at a community event in 2016. “My goal is not to give anybody anything,” he says. “My goal is to help those I serve to get to a point where they don’t have to rely on SDC or any other organization for resources.” (File photo by Edgar Mendez)

Seven years ago, feeling undervalued and out of options, George Hinton was on his way out of Milwaukee.

After spending over 10 years in leadership positions at Aurora Health Care, he was not satisfied with the work he was doing. Furthermore, he was unhappy with the resources being put into the African American community.

“He didn’t feel like he was being valued the way people who are not of color would have been valued given the same experiences,” said Michelle Hinton, his wife. “The values of the organization were no longer consistent with his values as a person.”

A leadership role with the Social Development Commission, or SDC, kept him in Milwaukee.

“A part of SDC’s mission is to study, analyze and recommend solutions for the major social, economic and cultural problems for people residing in the communities,” said Hinton, who serves as CEO. “That mission aligned with my values as a person and as a professional.”

The SDC provides an array of services, including resources for  employment, education, finance, health and wellness, for Milwaukee County residents who live in poverty.

“I am from Milwaukee,” he said. “I am a product of this city, and my line of success was not always a straight line.”

Hinton dropped out of school as an adolescent. He ended up going to the United States Marine Corps. And he didn’t start his professional career until 1991 when he was in his late 20s.

As one of 14 children, Hinton knows the strain poverty can have on someone’s life.

“He understands the struggles of the community,” said Abra Fortson, executive manager of support at SDC. “Not just from an academic or distant point of view but from his own experiences.”

“He doesn’t just talk about the struggles of poverty,” Fortson said. “He discusses dismantling oppressive systems.”

Hinton said his goal to help people move themselves beyond poverty.

“My goal is not to give anybody anything,” said Hinton. “My goal is to help those I serve to get to a point where they don’t have to rely on SDC or any other organization for resources.”

Under Hinton’s leadership, SDC has become involved in several community organizations that work to amplify what the community says it needs. And Hinton himself speaks out against racism and on behalf of those fighting for change.

“The issues of this city are my issues,” he said, “and I want to teach my community how to solve them.”