You are here: Home / Home / Carousel / NNS Spotlight: ‘We wouldn’t take a recess’: How the Southside Organizing Center presses on despite the pandemic
Share this... 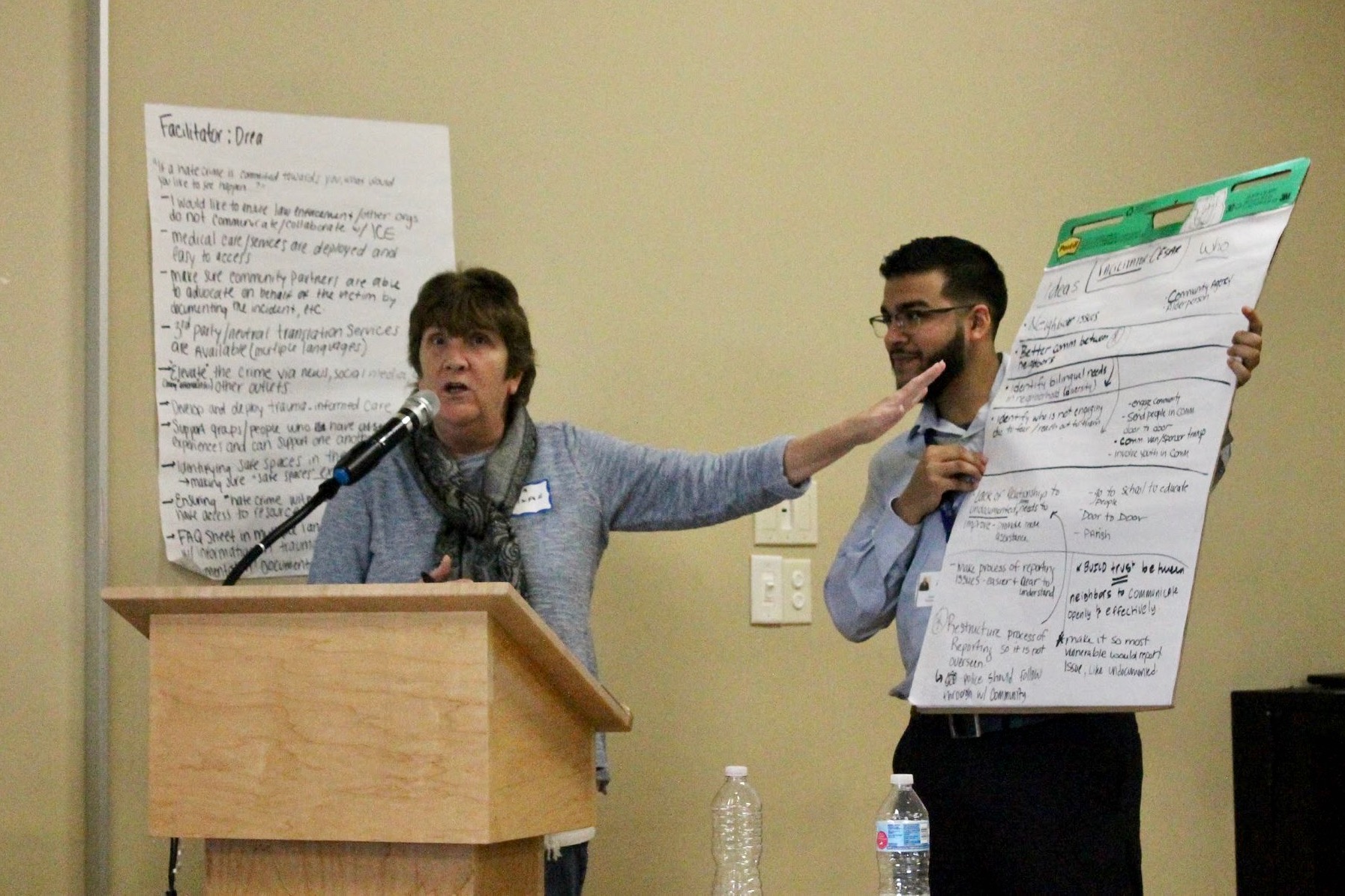 Linda Zinke, a longtime volunteer with SOC, is working to make the South Side of Milwaukee a place people want to call home. (Photo provided by SOC)

Editor’s note: This story is part of an  occasional series that highlights groups and people worth knowing in Milwaukee. To nominate a person or a group, email info@milwaukeenns.org and put “Spotlight” in the subject line

Linda Zinke said she grew tired of city leaders and the police department not being responsive when it came to safety in her South Side neighborhood.

So she decided to do something about it, quickly becoming active in the Southside Organizing Center. For 30 years, the SOC, as the grassroots organization is often called, has helped residents create a safe and sustainable place to live, work and play.

“I got involved because I was having problems with disruptive people on my block,” Zinke said. “It was unsafe even for my children and their friends to play on the sidewalk.”

When the pandemic hit, the nonprofit, located at 1300 S. Layton Blvd., found a way to continue offering resources and information to residents. The group took to Facebook Live with its video series, “3 o’clock with SOC,” which takes place at 3 p.m. Monday through Friday, with Wednesdays being offered in Spanish.

“When the pandemic hit, we had to pivot,” said Tammy Rivera, the executive director. “Our residents are going to need us now more than ever. We wouldn’t take a recess. Our residents depend on us.”

When the series began, staff provided updates on COVID-19, the census and the election. The group eventually hired a forum coordinator, a COVID-19 coordinator and expanded its relationships with community partners.

Zinke, a longtime volunteer and Block Club captain with SOC, said the series has helped keep her informed not only about COVID-19 but also about city officials and the steps residents can take to better their neighborhoods even in these unprecedented times. 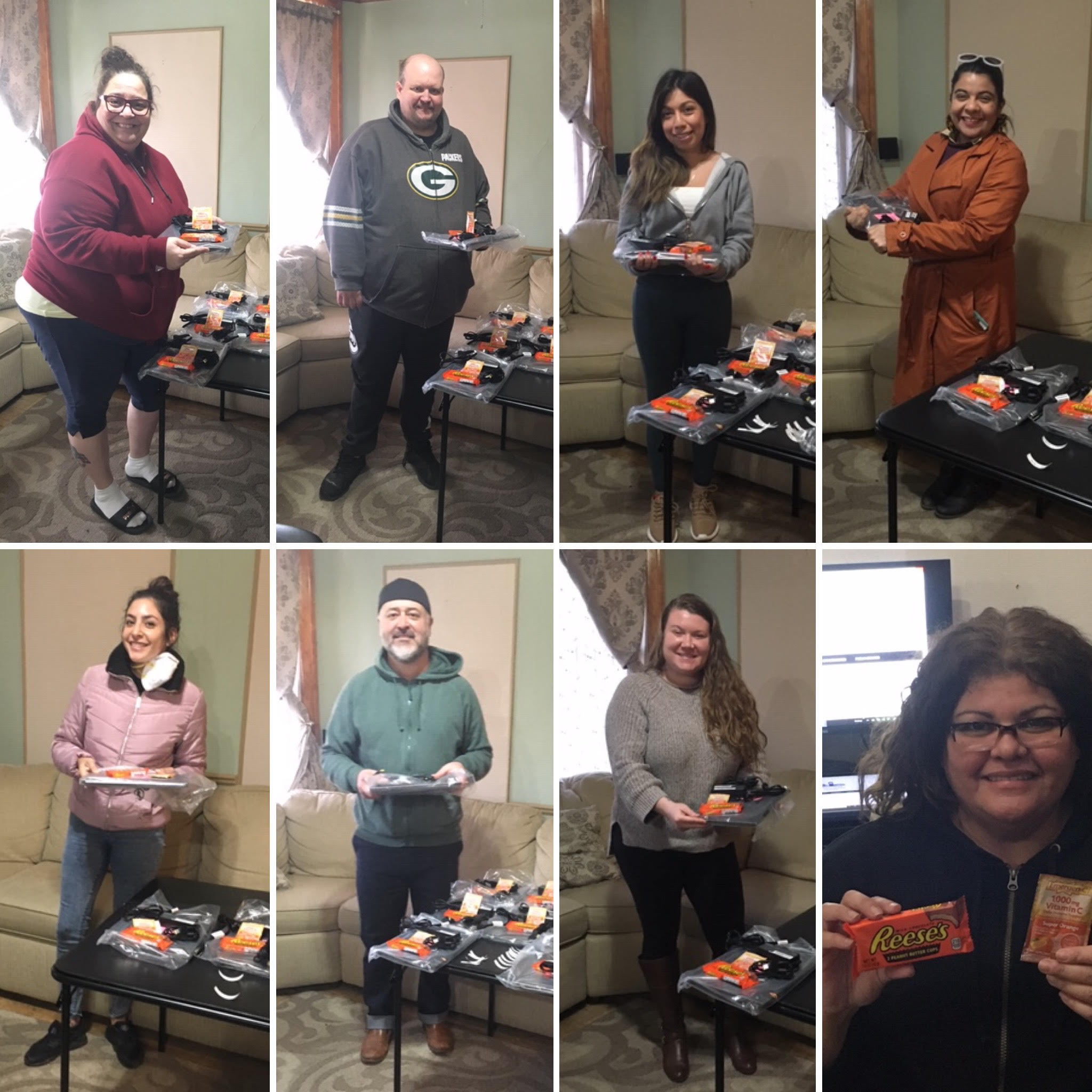 SOC continues to provide resources and keep the community informed with its daily Facebook Lives titled “3 o’clock with SOC.” (Photo provided by SOC)

A change of leadership

Rivera, who received academic training in Latina leadership, was born and raised on the South Side. Her first interaction with SOC was as a homeowner when the organization connected her to housing resources. She officially joined the organization in 2015 as interim director.

When Rivera took over, SOC was experiencing financial issues intertwined with political ones. The organization was broke, she said, adding that most of its budget depended on government funding.

By working to diversify the funds, Rivera simultaneously pulled the group out of its political turmoil. Today, the organization is debt free and has a $1 million budget, she said.

Like Rivera, Marina Borges initially reached out to SOC for housing resources. She eventually began volunteering with SOC in 2012 before becoming a board director in 2016.

Borges said the organization has grown under Rivera’s leadership. SOC has expanded its partnerships, including one with the Benedict Center, she said.

“We’re moving forward to doing new things and keeping our community informed,” she said.  This includes holding forums on issues such as the appointment of a new Milwaukee police chief.

A focus on residents

For the past three years, SOC has offered a leadership program, the GOLD (Grassroots Organizing Leadership Development) Institute  to help residents develop leadership skills and advocate for the community.

The group also runs a youth ambassador program in which young people learn how to organize and engage with the community, including calling residents to check in on them.

In 2021, based on input from participants in the various programs, SOC plans to roll out a community development strategy, Rivera said.

Rivera said such efforts force her organization to live up to its slogan that every resident has a voice, a vote and a vehicle to organize.

“They’re good people who want the best for their communities,” Borges said, referring to SOC leaders. “It’s an open door – anyone can go to them.”

Ultimately, Zinke said, she wants her neighbors to know that the South Side “is not a place to get out of. It’s a place to come home to.”