You are here: Home / Home / Carousel / Are Black MPS students still being disproportionately disciplined?
Share this... 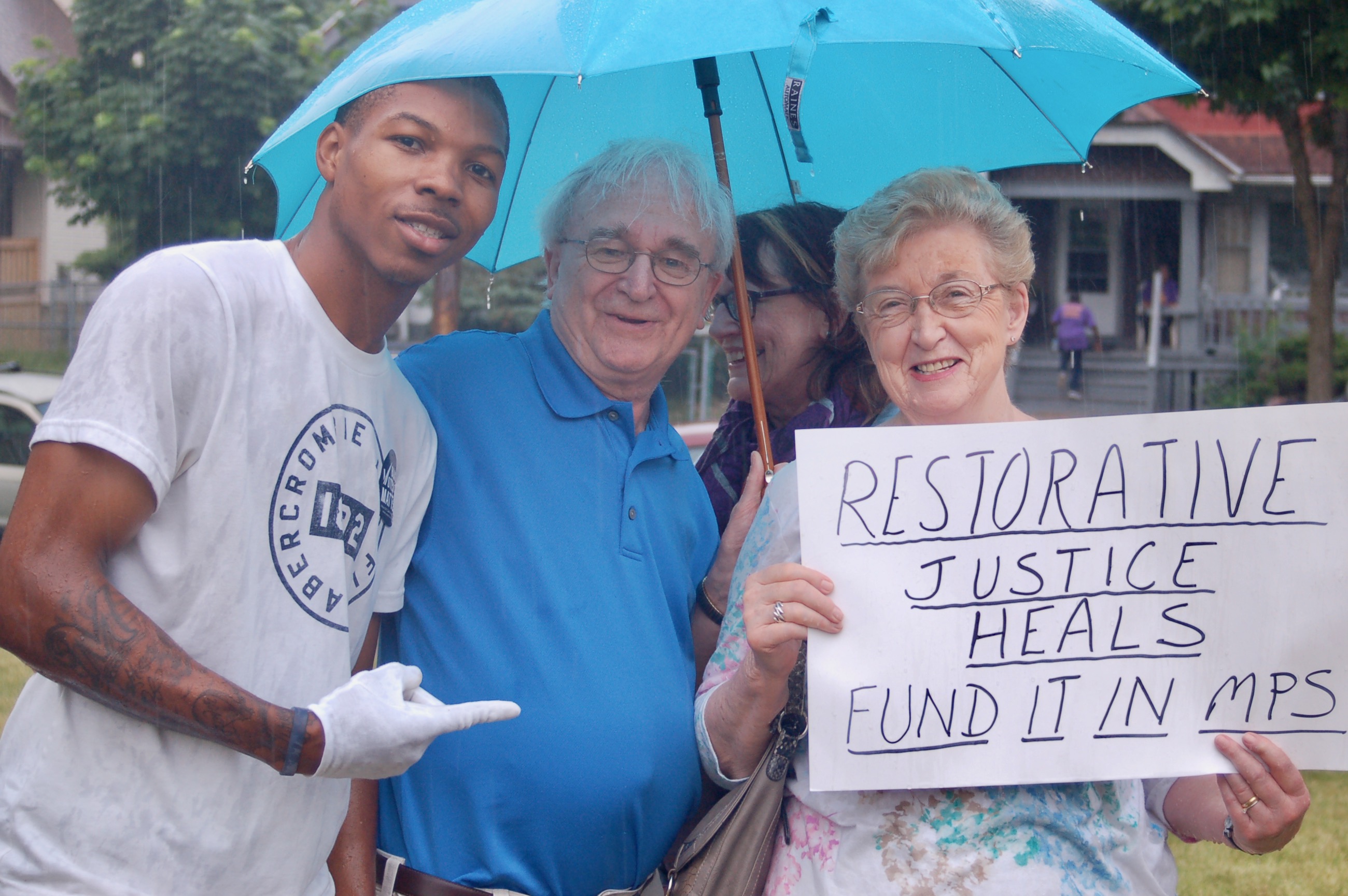 Milwaukee Innercity Congregations Allied for Hope has consistently lobbied MPS to be more transparent in how it addresses racial inequities. Here participants of MICAH’s 2016 “I Am 53206” march call on MPS to support restorative justice measures. (File photo by Naomi Waxman)

MPS administrators are required to update the school board regularly as part of the district’s 2018 settlement with the U.S. Department of Education’s Office of Civil Rights. The department found the state’s largest school district disproportionately disciplines Black male students during a review of data from the 2014-’15 school year.

In a Nov. 10 meeting, the district reported that Black students accounted for 43 out of 64, or 67% of disciplinary actions taken last month. Black students make up 54% of the student population districtwide, according to figures.

MPS officials would not supply demographic data for the current school year or complete discipline data since the beginning of the school year in August despite repeated requests. 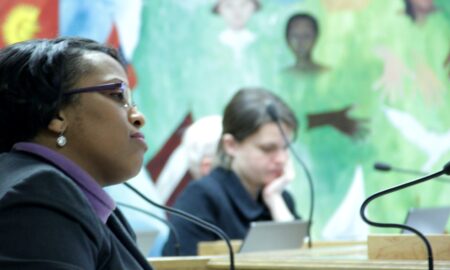 Former MPS superintendent Darienne Driver, pictured here at a school board meeting in 2015, reached an agreement with the U.S. Department of Education in 2018 to address the district’s racial disparities in discipline. (File photo by Molly Rippinger)

This data would allow for comparisons between a larger sample of discipline data and current demographics.

For October, over 40% of all disciplinary actions were recorded under the “inappropriate use of electronic communication devices” category. Disciplinary actions include contacting a parent, referral to a social worker or a suspension.

Keith Posley took over as MPS’ superintendent after the settlement with the Office of Civil Rights. He said his district has made slow but steady progress.

“As far as stamping out racism, that’s something everyone in this administration wants to do,” Posley said during the Committee on Parent and Community Engagement meeting. “And whether you see it on paper or not, we’re still moving in that direction.”

In addition to collecting discipline data, the district has also offered online training for staff, including a mandatory self-guided module titled “Addressing Disproportionality of Discipline Introduction.”

In addition, voluntary training on interrupting bias in disciplining and during team meetings and on de-escalation and adolescent mental health have been offered.

Angela Harris, chairwoman of the Black Educators Caucus and an MPS teacher, said more training needs to be mandatory. By doing so, she said, MPS would show a stronger commitment to MPS students and families.

“When we make that training mandatory, we set the tone for our district about who we are and what we want to do,” Harris said.

The group Milwaukee Innercity Congregations Allied for Hope, or MICAH, has consistently lobbied MPS to be more transparent in how it is addressing racial inequities in discipline and to reimagine how the district approaches discipline.

The Rev. Walter Lanier, the pastor of the Progressive Baptist Church and chairman of MICAH’s Religious Leaders Caucus, said school leaders must start seeing student behavioral problems as opportunities to connect rather than ones to punish.

“A focus on the dignity of each student, especially our Black students, would lead us to build on their gifts and talents and not focus on mistakes they make,” Lanier said.

“Are we looking at their assets or just putting their deficits on trial?”

The district will hold monthly virtual community conversations around student conduct and classroom management. Members of the community can find out how to submit testimony or register to participate in the conversations here.