You are here: Home / Home / Carousel / Lindsay Heights gears up for Phase II of The Commons
Share this... 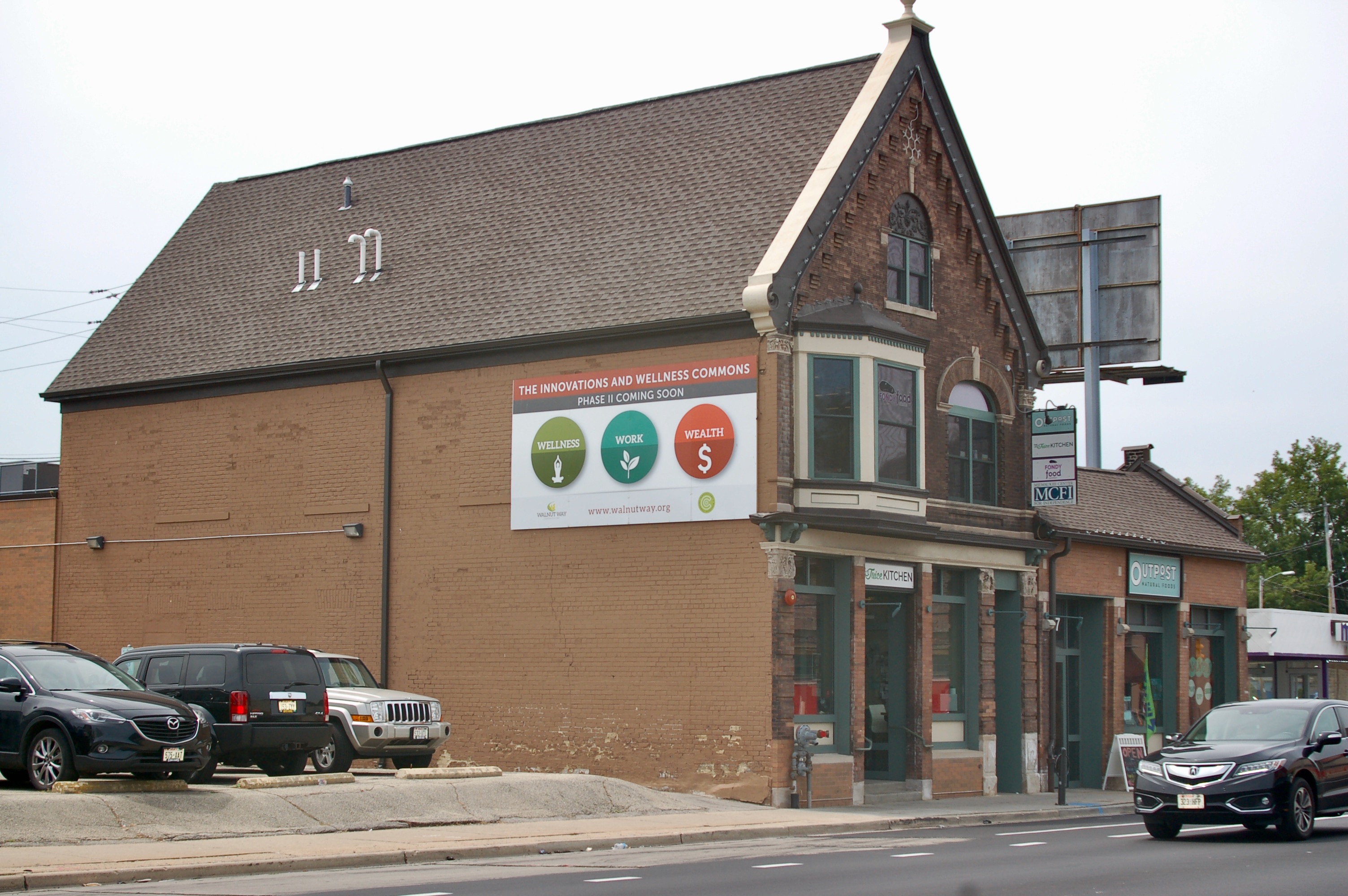 Editor’s note: This story has been updated to clarify the Zilber Family Foundation’s role in the capital campaign for Phase II of the project.

Leaders will hold a ribbon-cutting ceremony Wednesday to celebrate Phase II of the Innovations and Wellness Commons, which will bring new health-based services to the Lindsay Heights neighborhood.

The Commons, as the project is informally called, is a set of spaces operated by Walnut Way Conservation Corp., a nonprofit neighborhood organization that focuses on economic development and wellness. The project cost $3.3 million in total.

Located in the 1600 block of West North Ave., The Commons will house several health-based services, have capacity for 130 people to meet and a rooftop green space. It was built in a parking lot adjacent to the Phase I building.

The Commons opened in 2015, with an emphasis on food vendors to increase food security in the Lindsay Heights neighborhood, a stretch of the city between West Walnut and West Locust streets, I-43 and North 20th Street. The neighborhood, which includes parts of the 53205 and 53206 ZIP codes, will now have access to services with a focus on health and wellness.

Antonio Butts, executive director of Walnut Way, said the decisions to include services from the new partners were made with input from Lindsay Heights residents.

“This is truly an effort from within the Lindsay Heights community,” Butts said.

The Benedict Center will use the space to run its Sisters program, designed to help women involved in prostitution and human trafficking. The Health Education Center trains community health workers and helps direct community members to health resources.

UNCOM operates a jobs program and the Zilber Neighborhood Initiative, meant to improve quality of life in urban Milwaukee. MSOE Honors will lead students on community service projects in the area. The Phase II  partners will move into the newly constructed space and open on Jan. 16.

Butts said having these partners has helped with fundraising as well, as each of them contributes to shared resources for the space. Outside organizations also contributed to help get the project past the goal line.

“It’s the way they go about it that matters,” Stilp said. “They’re very people-centered.”

Stilp said the space has a special meaning for the Zilber Family Foundation as well. The namesake of the foundation, Joe Zilber, grew up in Lindsay Heights and believed in the neighborhood’s success.

“It’s bigger than Walnut Way,” Stilp said. “This is a manifestation of the will of the community.”

Lavonda Graham, chairwoman of the board for Walnut Way, said Phase II was her No. 1 priority for the last few years.

“It’s a place for people to seek the help and services they need,” said Graham, who has been a Lindsay Heights resident for nearly 50 years. “They just need to come in and talk to someone.”

Butts said the services provided by the partners will be free. This will be crucial in Lindsay Heights, where roughly 40% of residents live in poverty. The location also is intentionally in walking distance for most residents.

“The whole intent is that these programs and services are available in the neighborhoods where they’re needed most,” Butts said.

Butts said the project will also expand upon efforts to make the community more sustainable, including new environmental efficiency features. Environmental features in the building include a green space on the roof, a solar array, water management features and energy-efficient fixtures.

Butts said Phase II was an important step in the right direction for Lindsay Heights. He said he hope The Commons anchors Walnut Way in the community and becomes a symbol of what’s possible for neighborhood transformation and stability. He also said the group hopes to bring balance to the inequities that exist.