You are here: Home / Home / Carousel / “I had to really think about the reality of death”: COVID-19 survivors reflect on a year like no other
Share this... 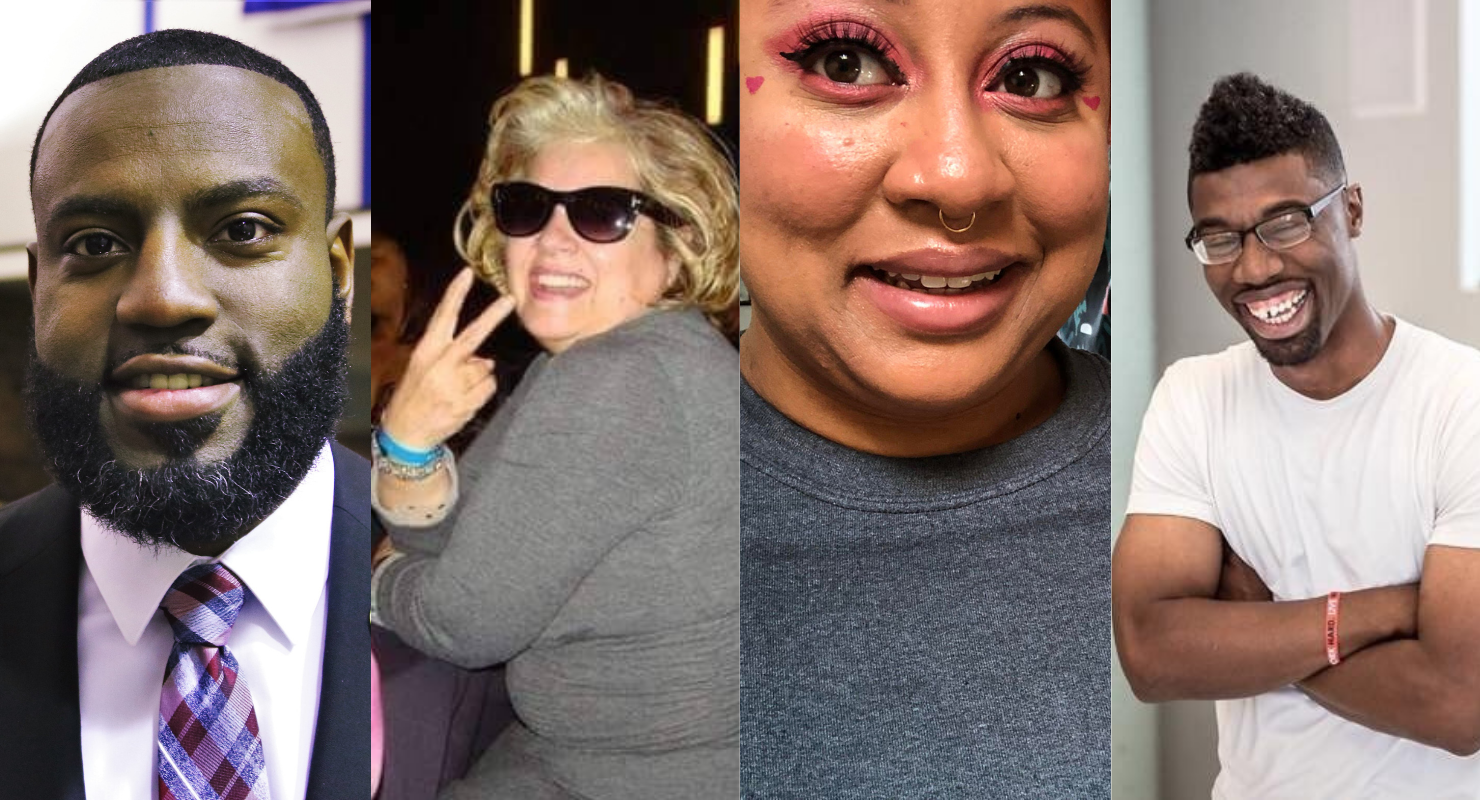 David Bowen rang in the new year with cautious optimism.

His grandmother was fighting pneumonia at the time, and although she survived that battle, she died in August.

“Even at the very beginning, I could tell this was going to be a difficult year,” Bowen said.

Bowen is one of several residents we talked with this year who tested positive for COVID-19. He and three others, like many of us this year, also had plans for 2020 that were disrupted by the pandemic.

Rebecca Quesada, for example, expected to travel across the world, while Mikey Murry and Ambrose “WB” Wilson-Brown were busy setting personal and professional goals.

For the first couple of months, things seemed to be going according to plan for the three. Quesada vacationed in Italy just before COVID-19 arrived there. Murry successfully oversaw Milwaukee Film’s Black History Month program, and Wilson-Brown flew to Boston to lead a mindfulness workshop.

Murry, who tested positive for COVID-19 in June, remembers being concerned about improving her makeup skills in the beginning of the year.

“Now I had a lot more time to do that,” she said, laughing.

But for Quesada and Bowen, who were among the first in Milwaukee to test positive for COVID-19, everything turned upside down quickly.

While Bowen was able to ride out the virus at home, Quesada was hospitalized and told that she might not make it.

“I had to really think about the reality of death,” she said. “That was something I didn’t expect to do this year.”

All four have recovered from the virus, although Murry says she still experiences occasional chest pains similar to those she had with COVID-19.

Even after surviving the virus, though, the four had to adapt to seemingly never-ending challenges.

Not only could Quesada no longer travel, but she was also furloughed from her job as an ESL support teacher in May. Murry switched jobs from Milwaukee Film to her new role with Leaders Igniting Transformation, and Wilson-Brown adjusted his mental and physical health business to meet the need for virtual programming.

“Mama Mac,” as Bowen called his grandmother, died in 2020. Bowen said she helped inspire him to keep going when he had COVID-19 in March. (Photo provided by David Bowen)

Bowen, who is a representative in the Wisconsin State Assembly, said he didn’t expect to have to say goodbye to pillars of the community who died from COVID-19.

Bowen also suffered a personal tragedy with the loss of his grandmother. He said “Mama Mac,” as he called her, lived the kind of life that touched everyone around her.

“She was one to feed the whole neighborhood. She was seen as a community mother, and I am grateful to have seen her as she lived her life,” Bowen said.

“It was a reminder to be grateful for what you do have,” he said. “Even life is not promised.”

Though the year did not turn out at all how she expected, Murry said she was able to raise over $4,000 to support protest work this summer, particularly for Black women, transgender and queer organizers. She said she thinks this level of support was partly because the quarantine environment made it impossible to ignore the ongoing Black Lives Matter movement.

“The fact that people came together to do that was amazing and unexpected, and I think partly because it was an impossible topic to ignore when everyone was inside and, on their phone,,” Murry said.

The experience is part of why Murry wants to do more to support Black women in the future.

Bowen said although he found a lack of political leadership this year, he’s hopeful lasting change can come.

“I’m looking forward to a chance to tackle issues that have been laid bare throughout this pandemic,” Bowen said.

On the entrepreneurial front, Wilson-Brown has been busy lately with “A Holiday of Health,” a giveaway of free winter health services that he says would not have been possible without government support from the CARES Act.

He said the hardships of 2020 have taught him and others to be better persons.

“I know so many people lately who have contracted COVID-19, and it has expanded their perspective and built empathy for them,” Wilson-Brown said. “I am glad I took time this year to build my own sense of empathy.”

As for Quesada, she’s not necessarily looking forward to a new year.

After all, she said, this year has taught her not to get carried away with making plans.

“I’m just going to be ready for anything and accept change as it comes,” Quesada said.

‘This virus is going to make us or break us’: Checking in with two COVID-19 survivors

What’s it like to test positive for the coronavirus? We talk to three residents to find out.